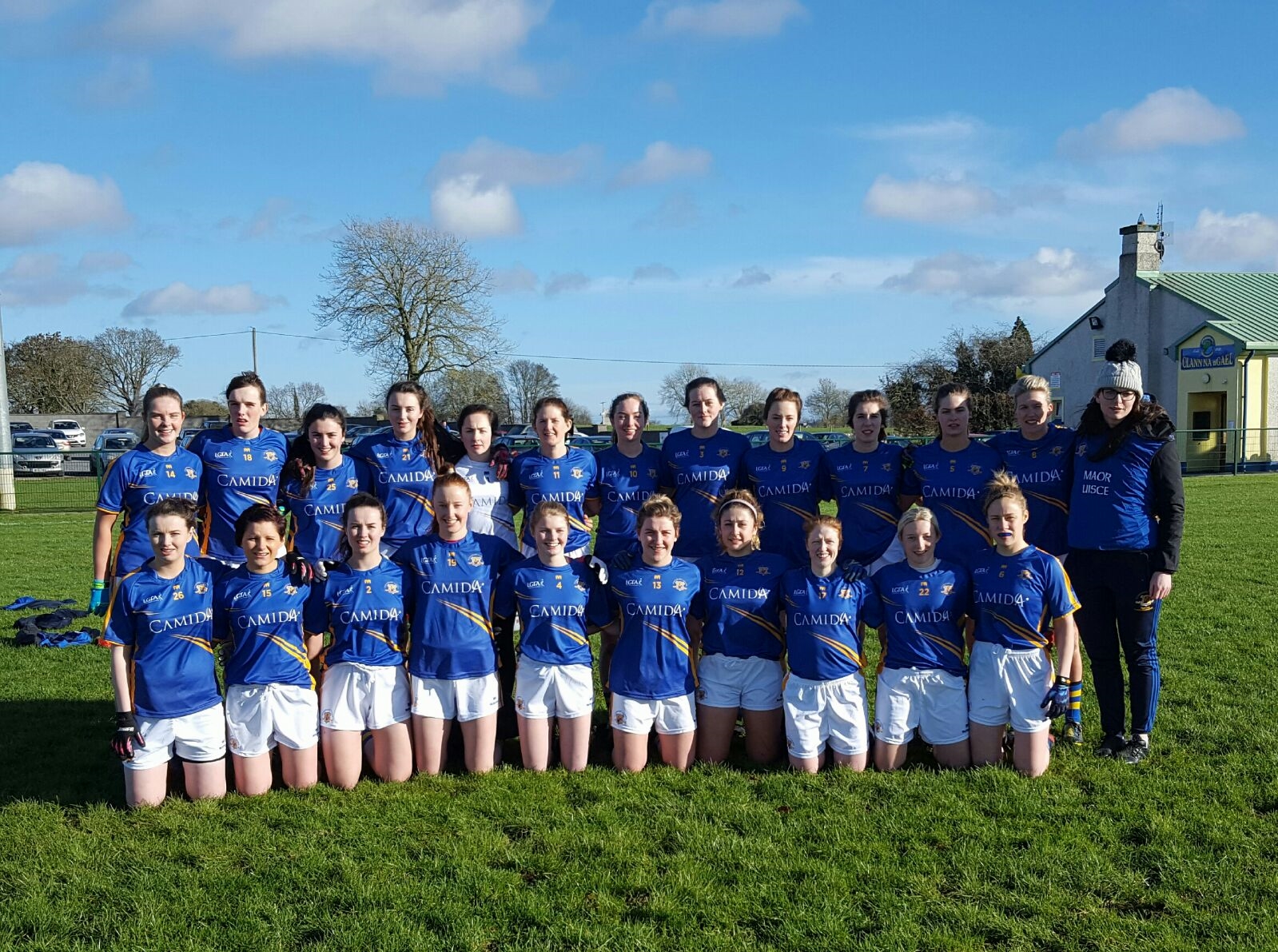 Tipperary Intermediate Ladies Football team travelled to Roscommon on Sunday and came away with a convincing and comprehensive win. This gives their league campaign the best possible start with two away victories. The difference between the two sides was Tipp’s greater economic use of the ball upfront while Roscommon were extremely wasteful and shot fourteen wides during the game. Tipperary showed great determination and commitment for the full sixty minutes and looked very impressive as they kicked tremendous points from play.

Roscommon started well and Lauren Fitzpatrick had to make some timely interventions and saves to keep Tipperary from conceding some early scores. However Tipperary settled and began to clock up the points. Aisling McCarthy opened the scoring followed by two points from Shauna Quirke. Tipperary had a disallowed goal indicating their superiority at this stage. Gillian O’Brien then fired over three quick points in as many minutes. Further points from Aisling McCarthy and Edith Carroll and a dominant Tipp were leading by ten points to one. Roscommon then had a good spell for the last ten minutes of the half which yielded them four points. Another disallowed goal for Tipperary saw them leave the field for half time leading 0-12 to 0-5.

There could be no room for complacency in the second half as Roscommon were always lively on the ball but either wayward shooting or close attention of Tipperary backs did not allow them convert their chances. Aishling Moloney and Roisin McGrath were introduced at half time and the second half took on a very similar pattern to the first. Some great defending from Tipperary, some well taken scores from play and again wasted opportunities by Roscommon. Tipperary maintained their seven point cushion while Roscommon relied mainly on frees. Halfway through the second half Samantha Lambert was rather harshly judged to have fouled in the small parallelogram. Roscommon converted the penalty while the Tipperary player was sin binned. Great credit to the management who swiftly and effectively reorganised the team to cope with the Roscommon extra player. Tipperary defended well and broke quickly during this time and held Roscommon scoreless while extending their own lead thanks to two Aisling McCarthy points.

Tipperary closed out safely and will be very pleased with the win. The team showed great determination and grit all through. They competed fiercely and honestly at all times and all sectors of the team; goalie, backs, midfield and forwards played well and combined very effectively all through. Next up is Down at a home venue in two weeks’ time.  Final score Tipperary 0-21 Roscommon 1-10.