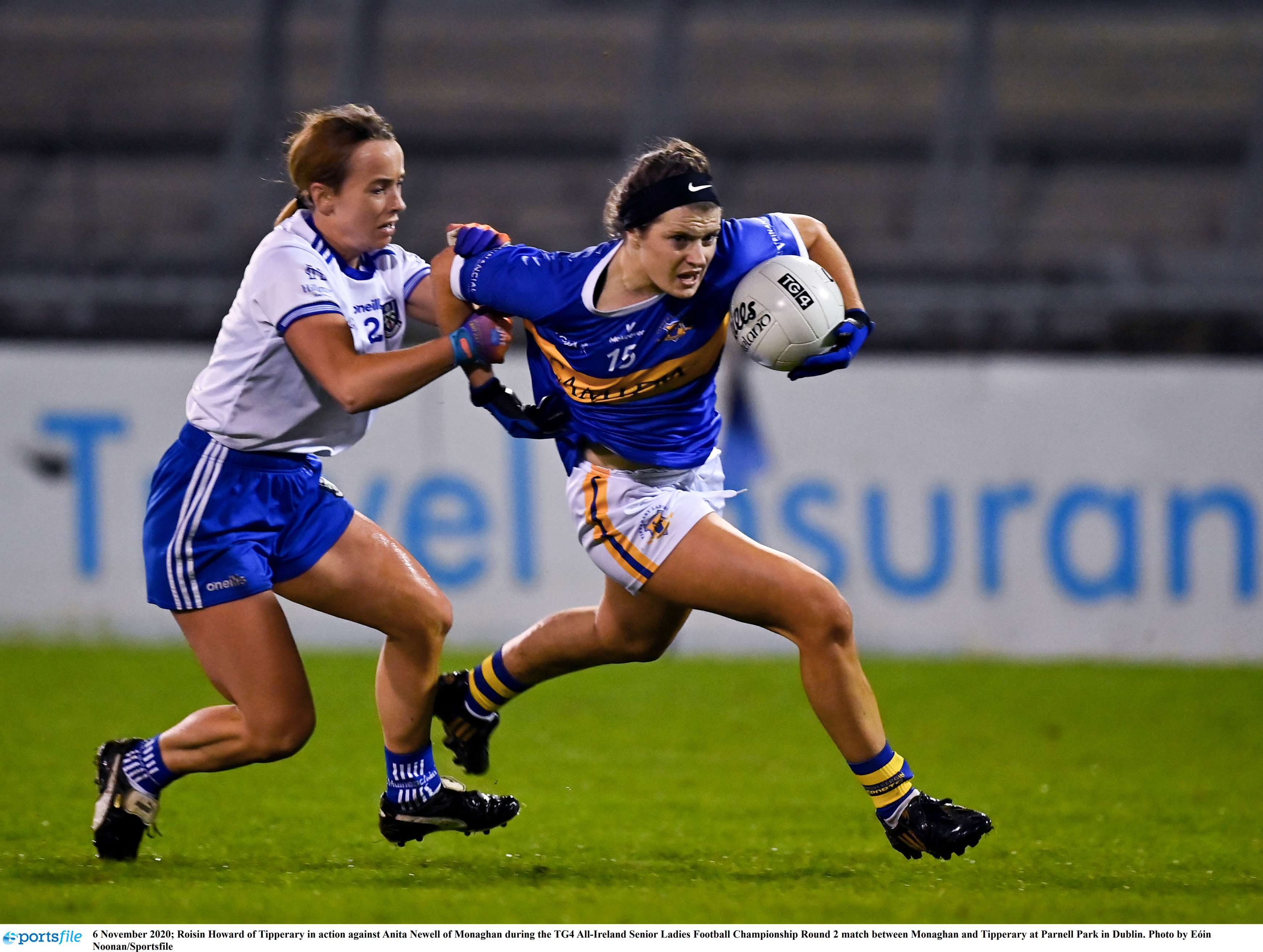 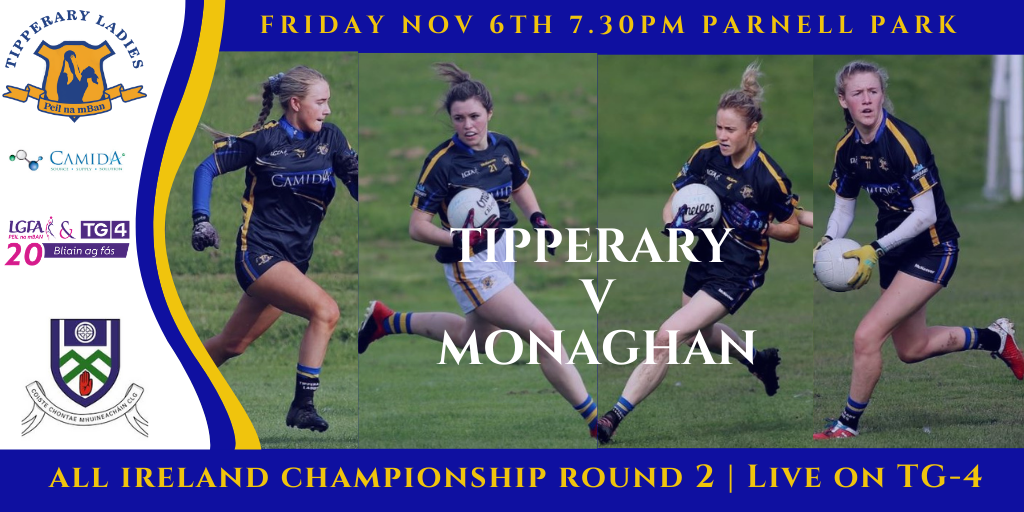 Ciara McAnespie led Monaghan to victory over Tipperary as first-half goals from Roisín Howard and Aishling Moloney weren’t enough to deny the Ulster side, who now face a final day Group 2 decider against Galway.

For the second time in six days Tipperary lost by a single point and their TG4 All-Ireland Senior Championship is over, but their fate was largely decided in a sparkling first quarter from Monaghan.

With Ciara McAnespie and Ellen McCarron to the fore Monaghan raced into a 0-9 to 0-1 lead after 15 minutes, but two outstanding goals from Tipperary meant they were all square at the break. 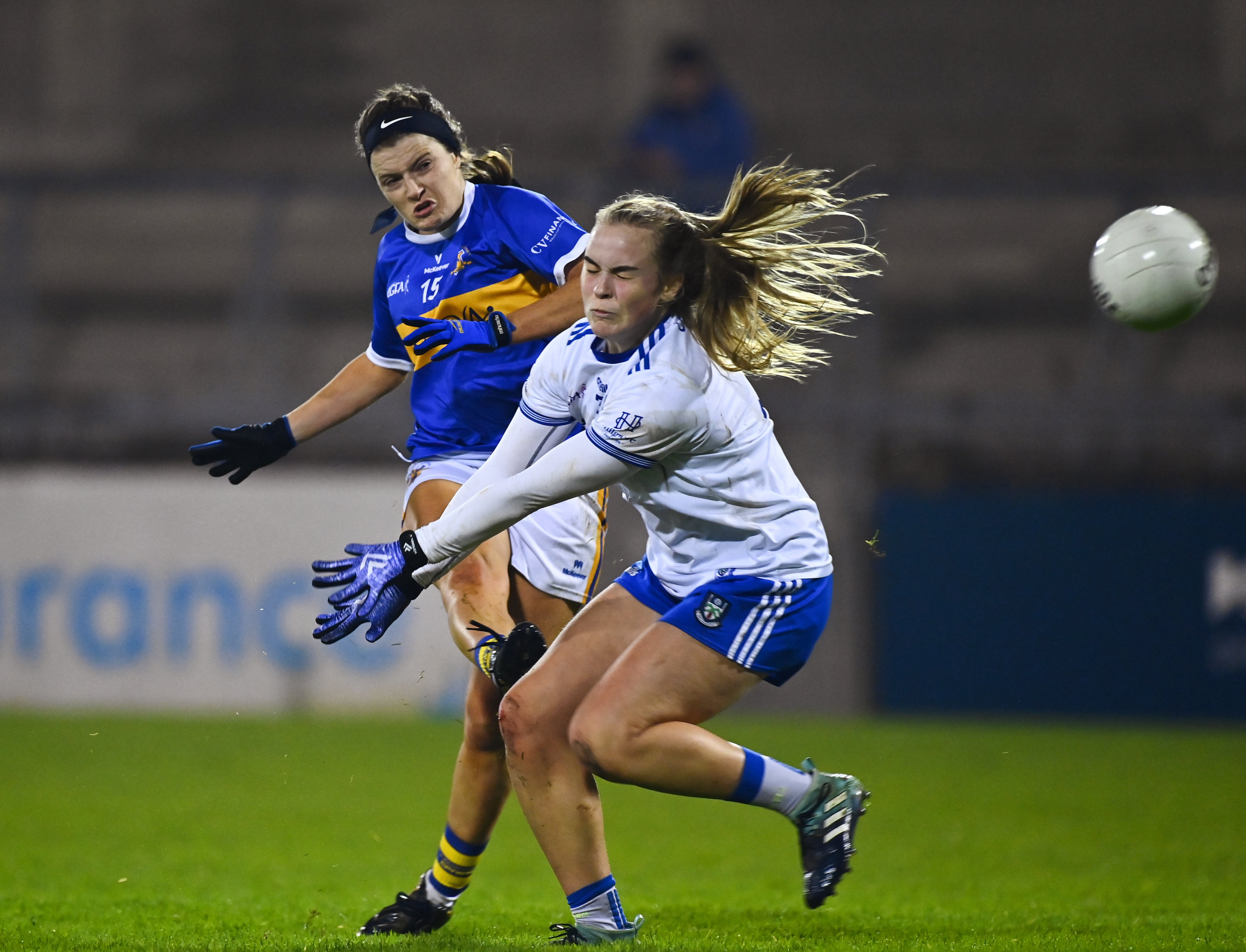 Moloney kicked Tipp ahead after the resumption, but Cora Courtney led the fightback, which means Monaghan will reach the TG4 All-Ireland semi-finals if they defeat Galway on Sunday week.

With a very competitive game under their belts against Galway last weekend Tipperary might have expected to be the sharper side at Parnell Park, but instead they were absolutely blown away by Monaghan’s stunning start.

McCarron got Ciarán Murphy’s side up and running in the third minute before Ciara McAnespie, Louise Kerley and Muireann Atkinson put them 0-4 to 0-0 clear after five minutes.

Tipp were rattled by that start but they almost got back in touch after eight minutes when Howard palmed the ball to the net, only for it to be ruled out for a square ball infringement. 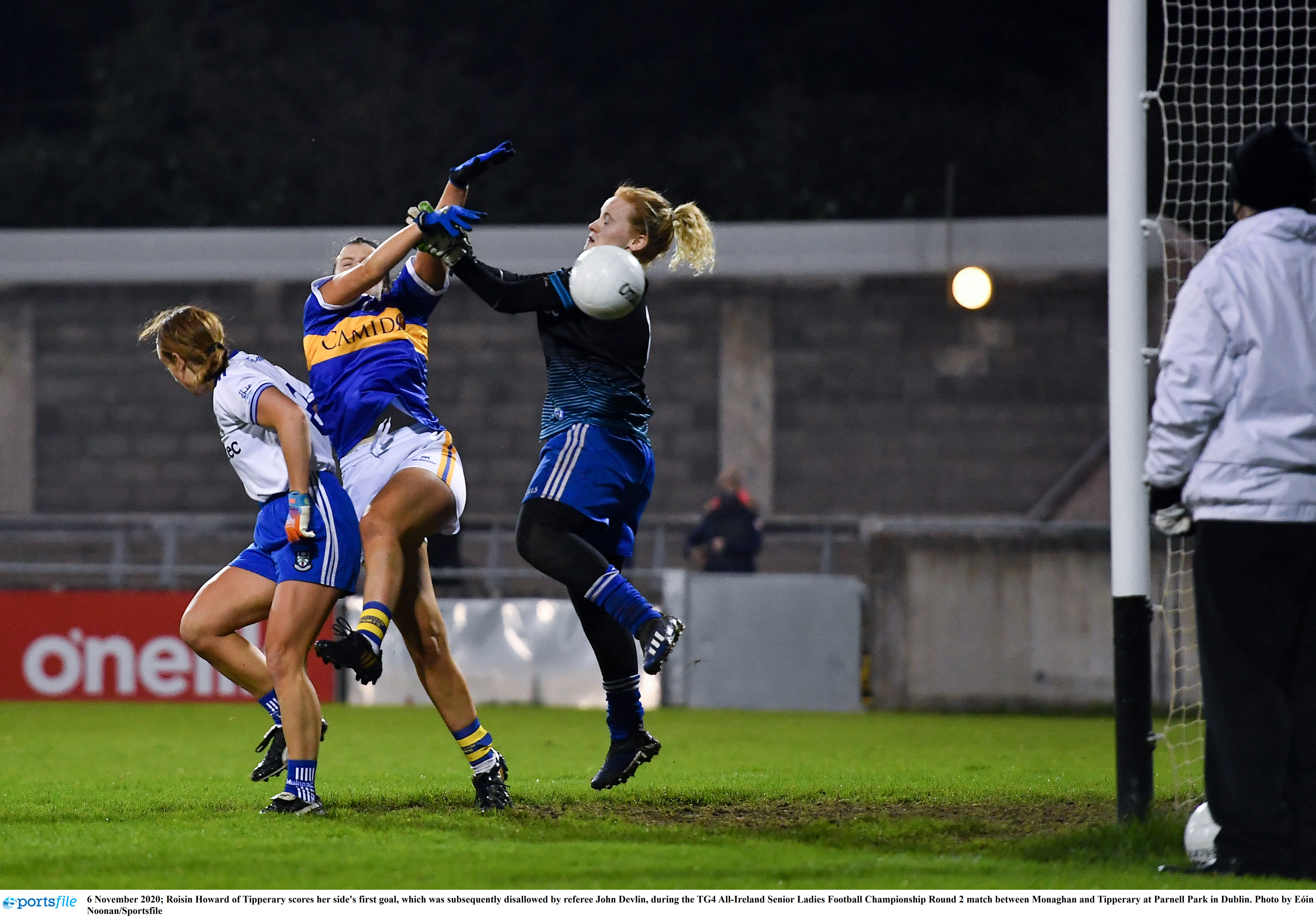 And when McCarron and Kerley added a couple of quick scores at the other end Tipp were in massive trouble.

After her 1-10 haul against Galway last weekend, all eyes were on Moloney up front for Tipp, but she was well marshalled by Jennifer Duffy from open play. But from placed balls Moloney began to chip away at Monaghan’s lead. 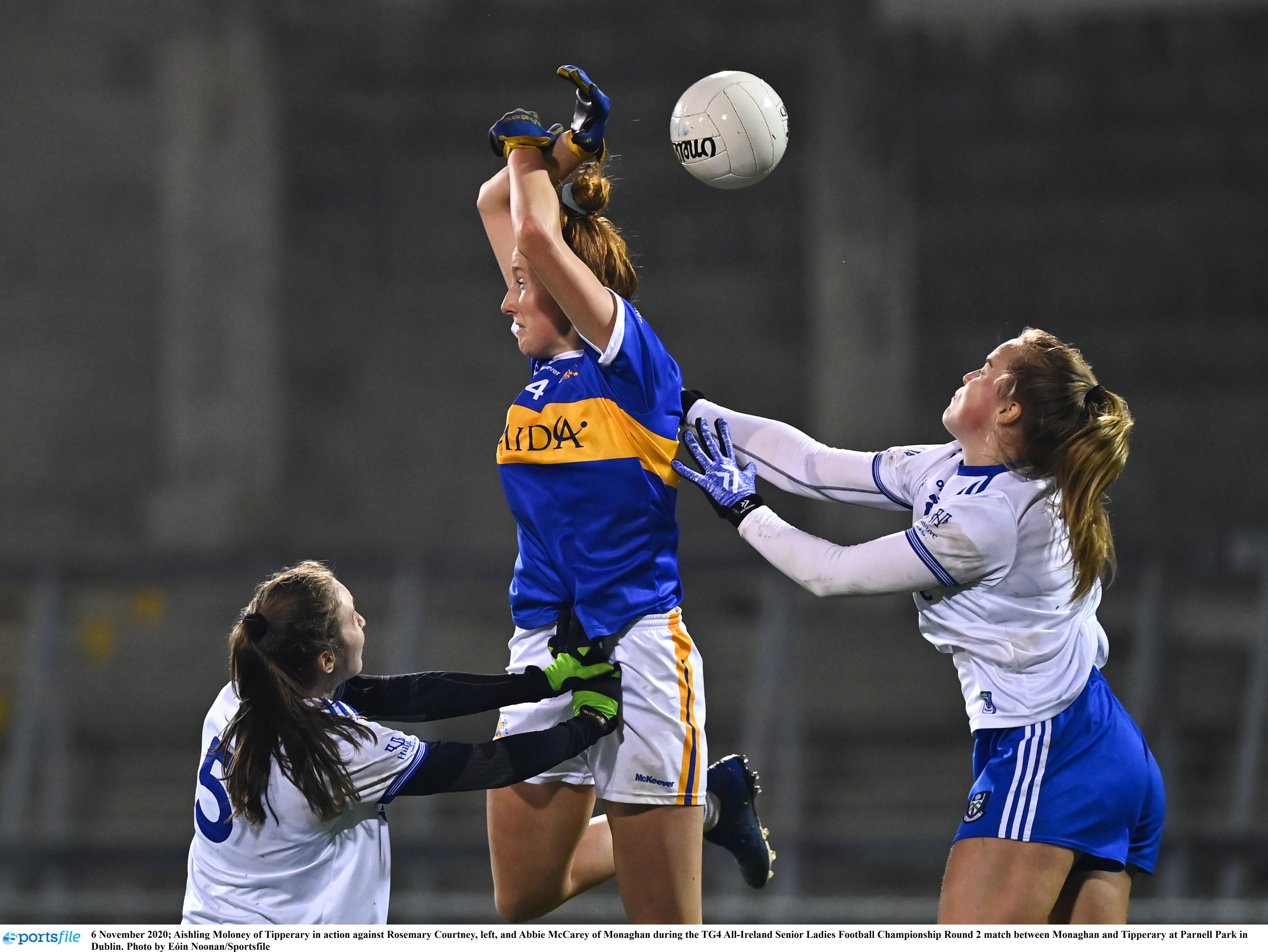 Monaghan continued to find scores easier with Ciara McAnespie looking dangerous and Cora Courtney playing brilliantly out the field, but the game turned suddenly eight minutes from the break.

Tipperary trailed 0-11 to 0-3 at that stage as Moloney stepped up to a routine free kick, but instead of clipping over the point as expected, she blasted to the roof of the net from 13 metres. It was an unstoppable strike, which lifted her ailing team. 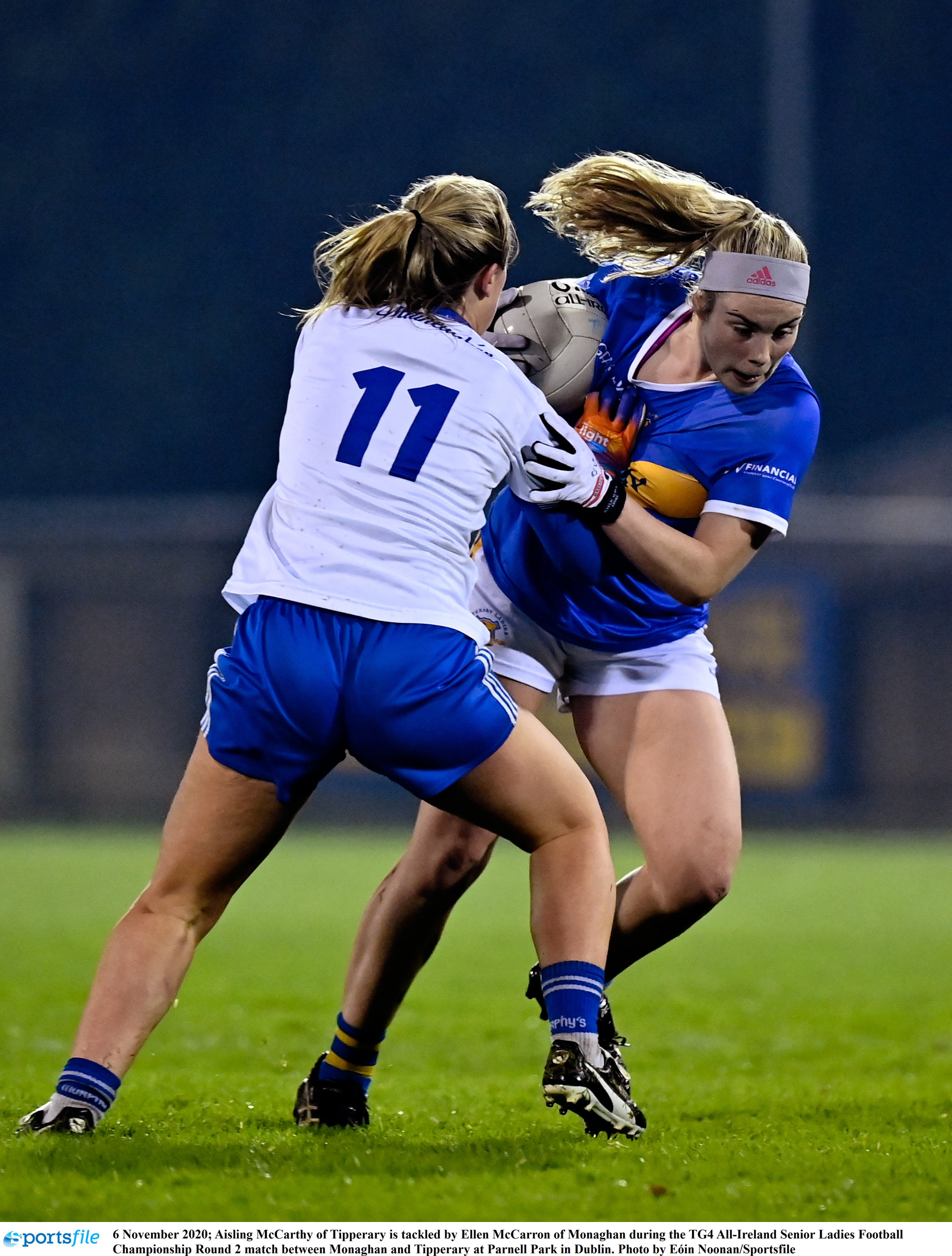 Two excellent points from Emma Morrissey and team captain Samantha Lambert closed the gap to three points, but seconds before the half-time hooter, Aisling McCarthy’s powerful run through the middle was finished to the net by Howard. A second unstoppable goal of the half, which levelled matters at 0-12 to 2-6 at the interval. 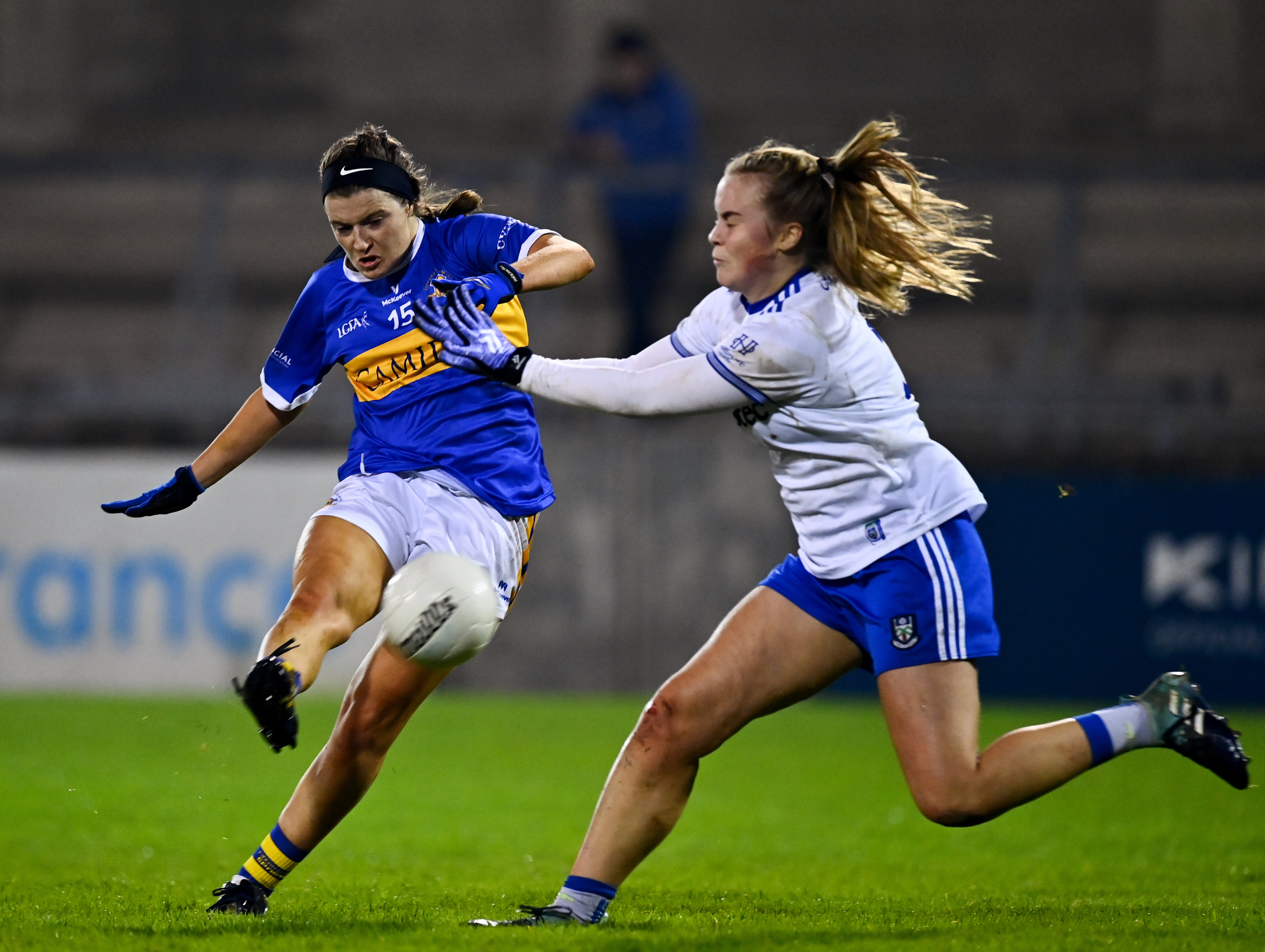 Moloney continued to add to her tally after the break with a free and her first from play as Tipperary took the lead for the first time, but that two-point cushion soon disappeared when Cora Courtney and Kerley found the target for Monaghan.

Cora Courtney finished off a brilliant move for a lead score for Monaghan just before the second water break, which made it 0-15 to 2-8, and with Moloney struggling though injury, Tipperary seemed to fade.

Moloney was able to kick a close in free to level the scores again with ten minutes remaining, but there was a big finish in Monaghan. McCarron kicked them ahead with six minutes remaining before substitute Shauna Coyle made sure of the win to set up a mouth-watering decider against Galway next weekend. 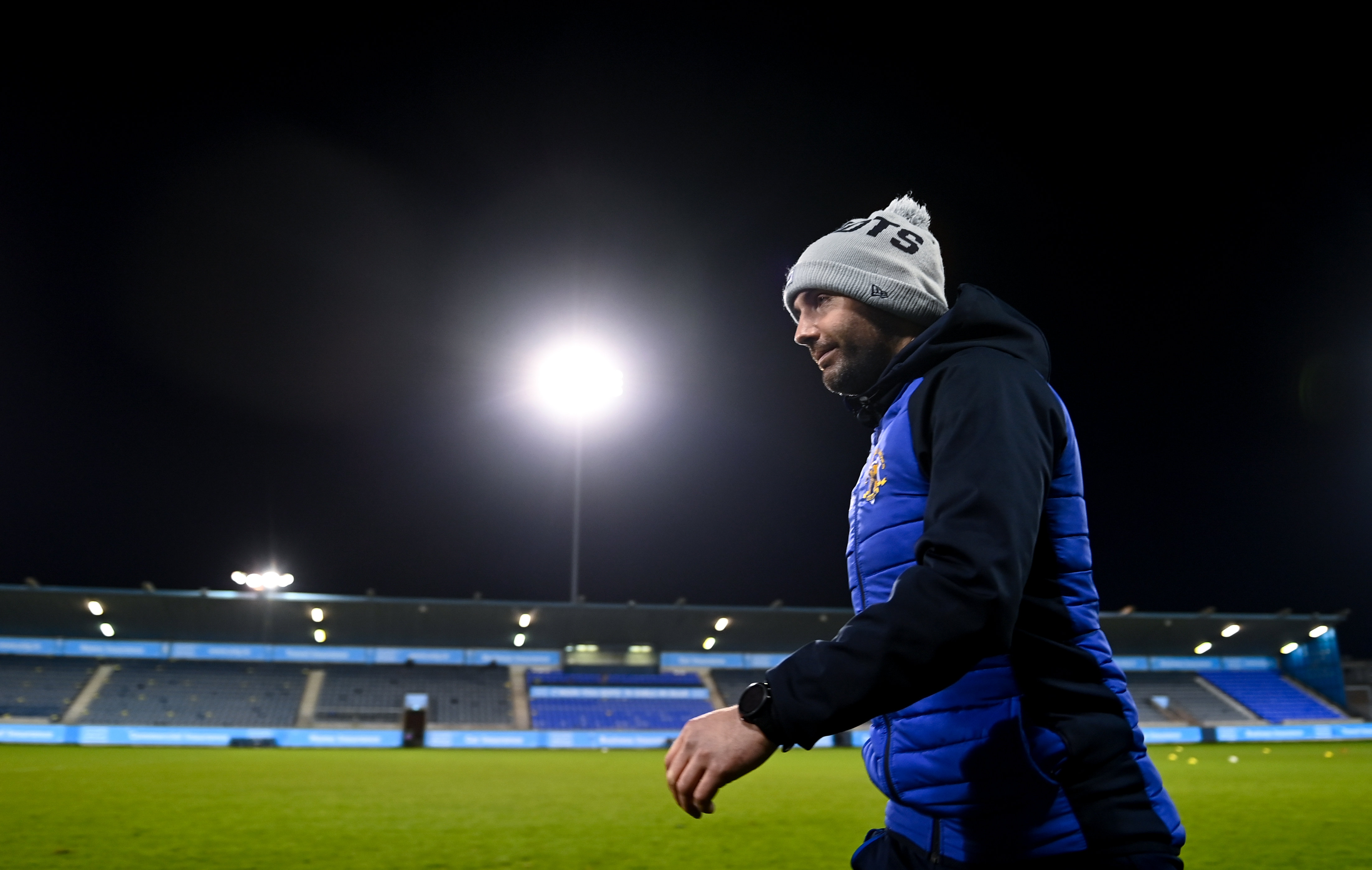 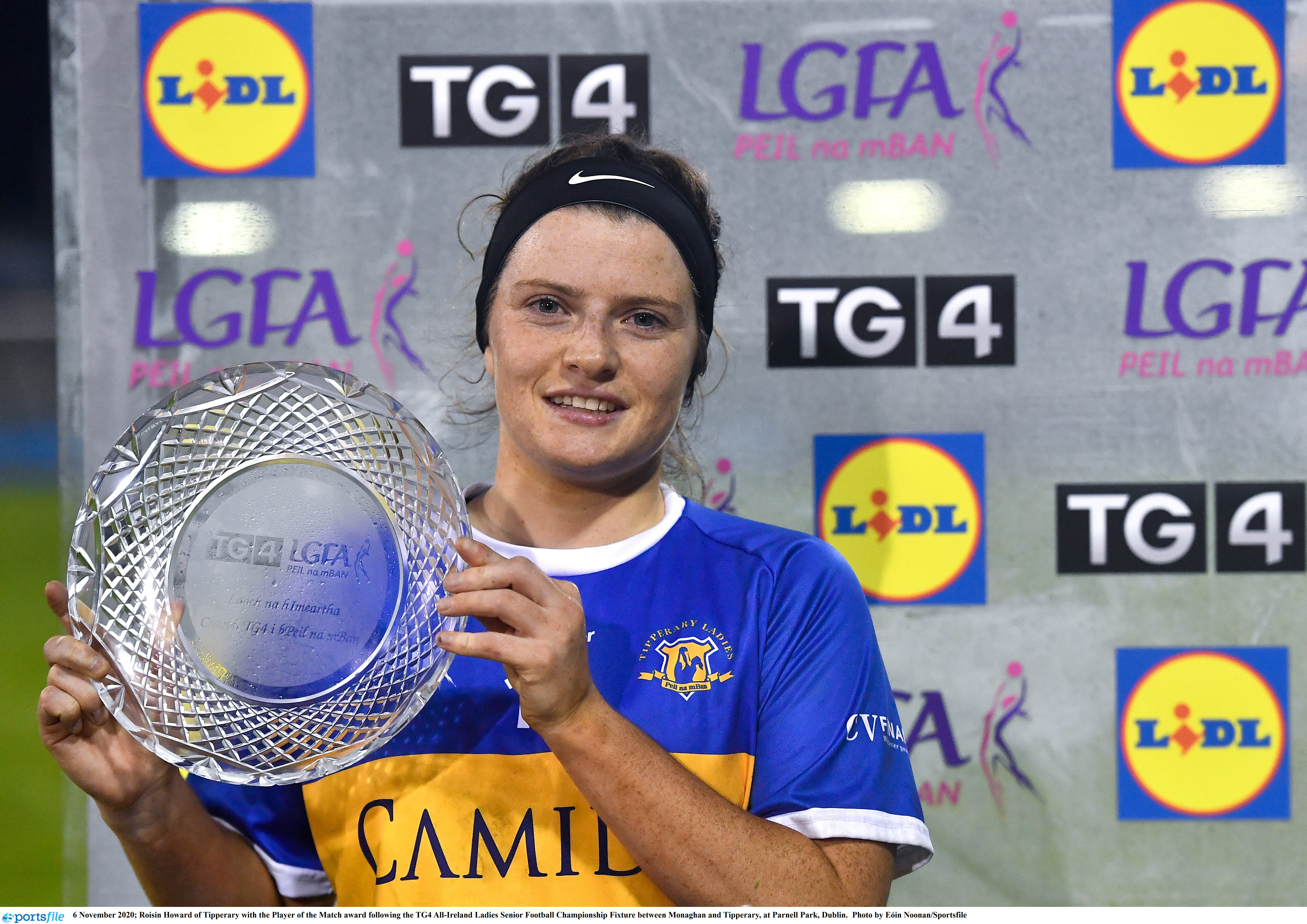 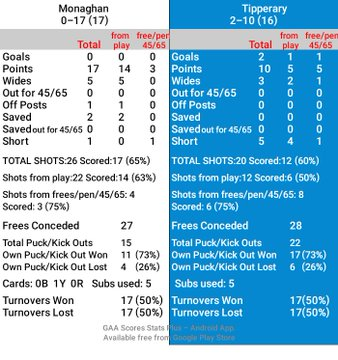 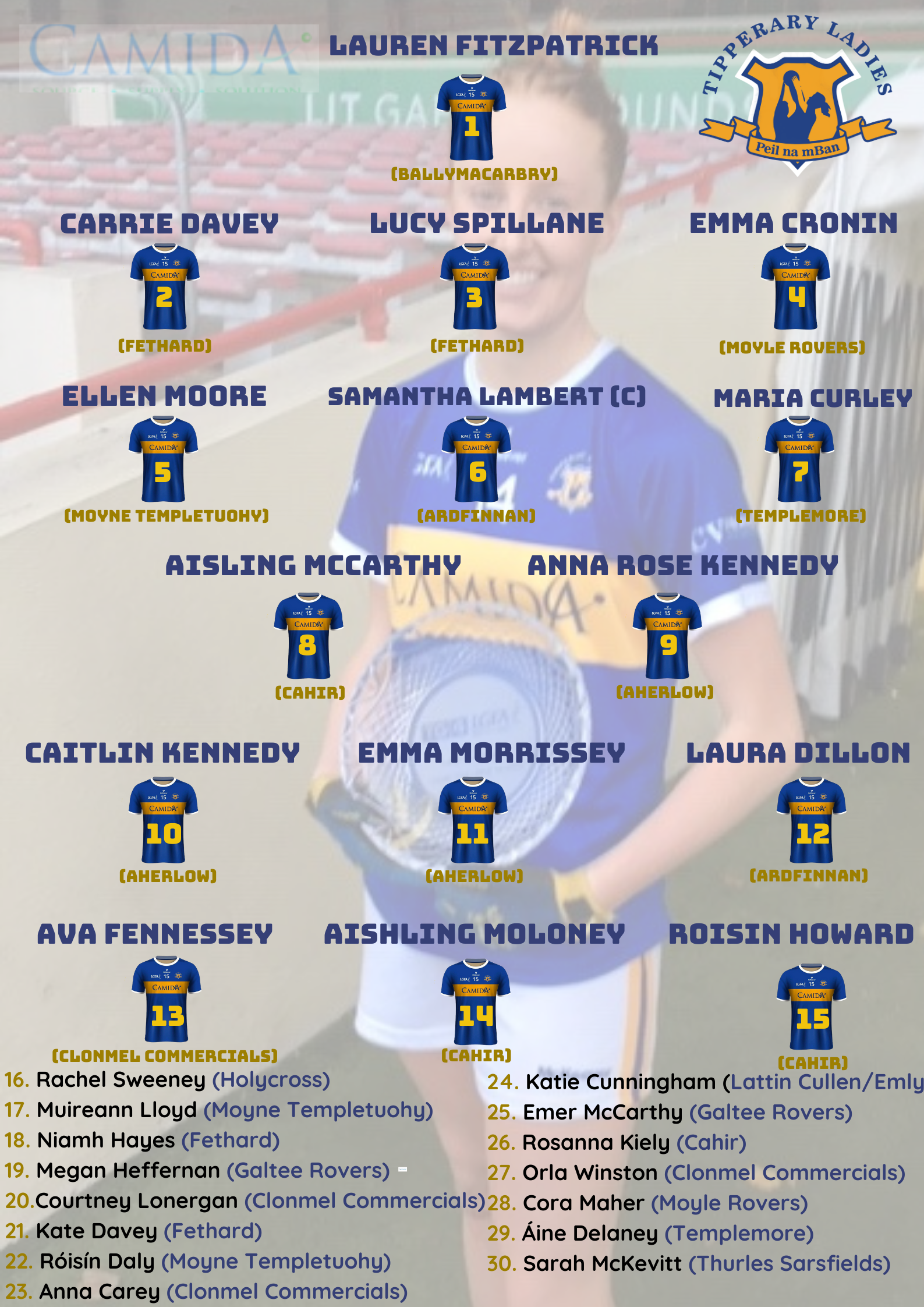