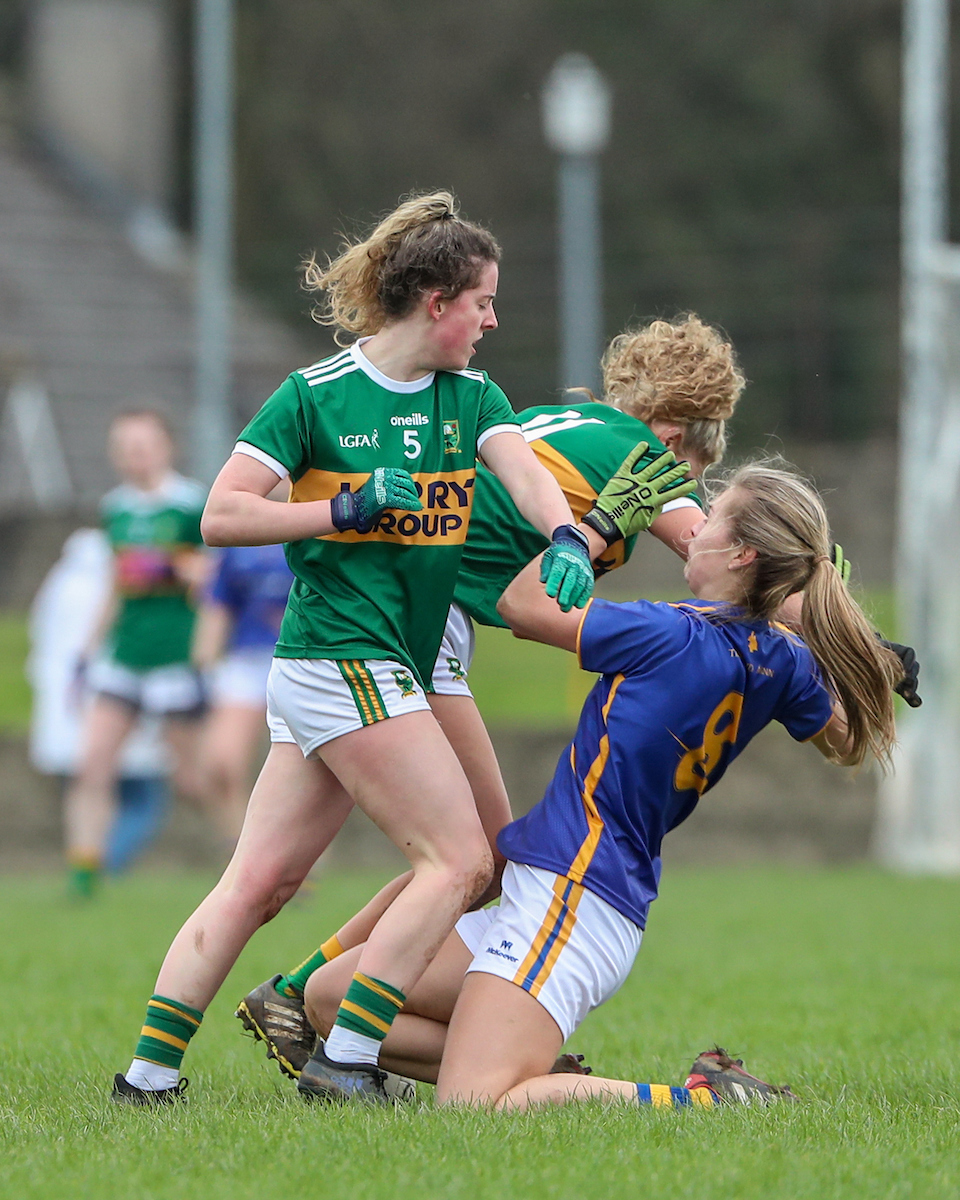 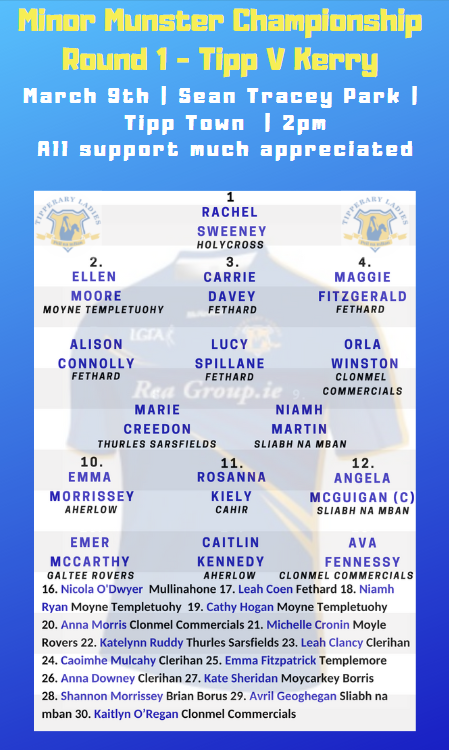 Tipp’s second half revival fell short when they lost out to Kerry in the first round of Minor A Championship in Sean Treacy Park, Tipperary on Saturday afternoon last March 9th.

Played in front of a sizeable crowd the home side will rue a sluggish start. Tipperary were also dealt a blow prior to the game when full back Carrie Davey was ruled out after failing a fitness test.

Whilst Tipperary were first to launch an attack, it was Kerry who were first to register a score with a point from Ella Teahan. Playing with the wind Kerry took full advantage of it and by the 12th minute were  2-3 up to 0-0.

Tipperary battled both the elements and a teak tough Kerry side finally reaping reward in the 19th minute when Caitlin Kennedy pointed to open their account. Tipperary were beginning to find their rhythm as half time approached and registered two further points one each from Captain Angela McGuigan and Emma Morrissey. The half time score read Tipperary 0-3 Kerry 2-7.

On the resumption Tipperary took the initiative and a Caitlin Kennedy point in the first minute was just the start they needed. Kerry were on the attack again laying siege to Tipp’s defence and breaching with a point from Siofra O’Shea and their third goal from Ceiti Ni Luing.

A quick kick out saw Tipperary launch their own attack and when Caitlin Kennedy was taken down inside the parallelogram there was only one decision for Cork referee Michael John O’Keeffe.  Cahir’s Rosanna Kiely stepped up to take the penalty which was saved but Kiely was first to the rebound, knocking it to the back of the net. Fifty two minutes gone and the scores now stood at Tipperary 1-4 Kerry 3-8.  The revival was on. Kerry responded with a pointed free but it was Tipperary who dominated the scoring from there until the end. Ava Fennessy was first to respond with a point. Caitlin Kennedy was on hand to take full advantage of a poor kick out to bag Tipp’s second goal of the day. 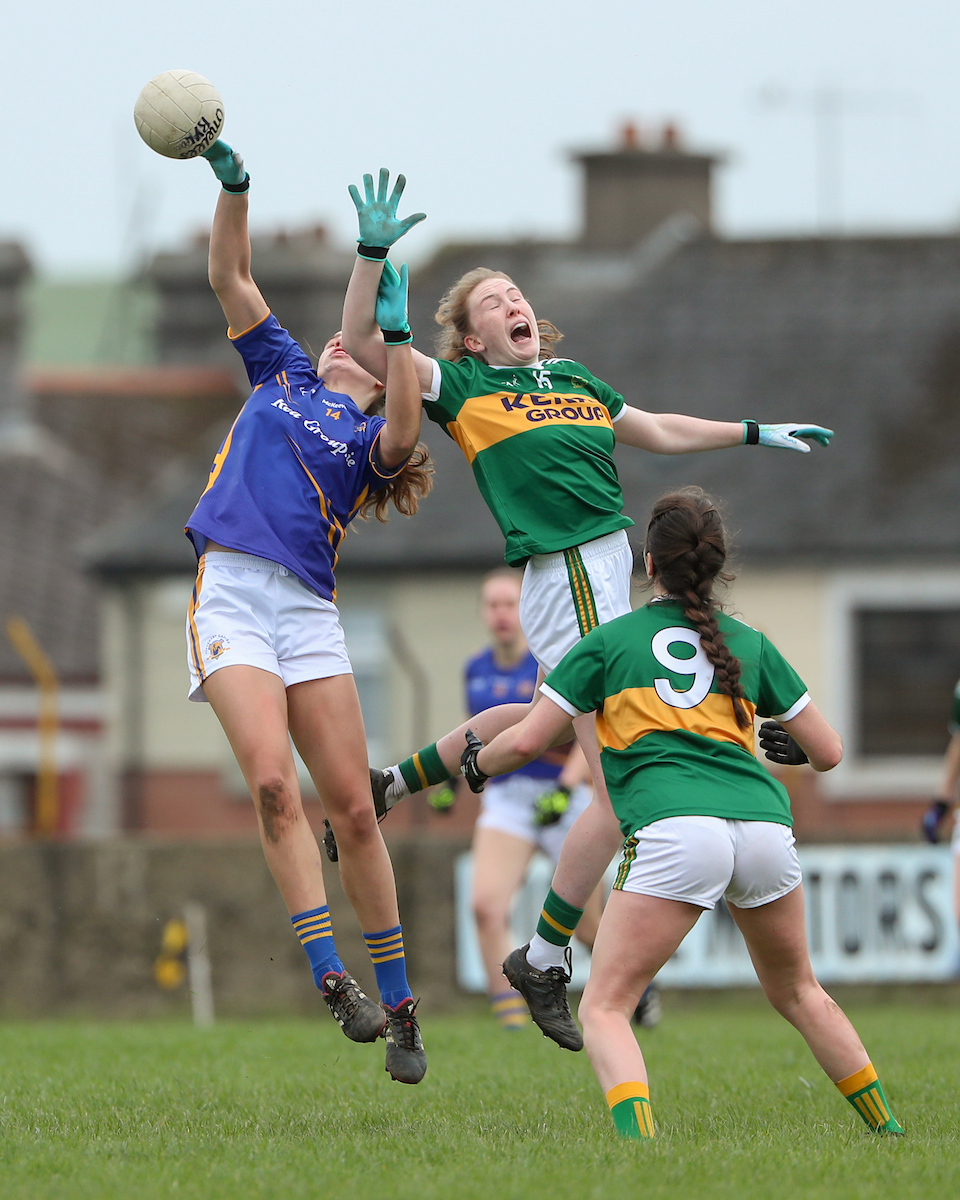 Kerry again went on the attack but goalie Rachel Sweeney with the aid of full back Lucy Spillane put a stop to Siofra O’Shea’s advance on goal.

Tipperary were in the ascent and with just two minutes on the clock Caitlin Kennedy was awarded a free.  The Aherlow player took the Kerry defence by surprise shooting for goal but was cruelly denied by the cross bar. Leah Coen wrapped up the scoring for the afternoon to leave the final score at Tipperary 2-6 Kerry 3-9. 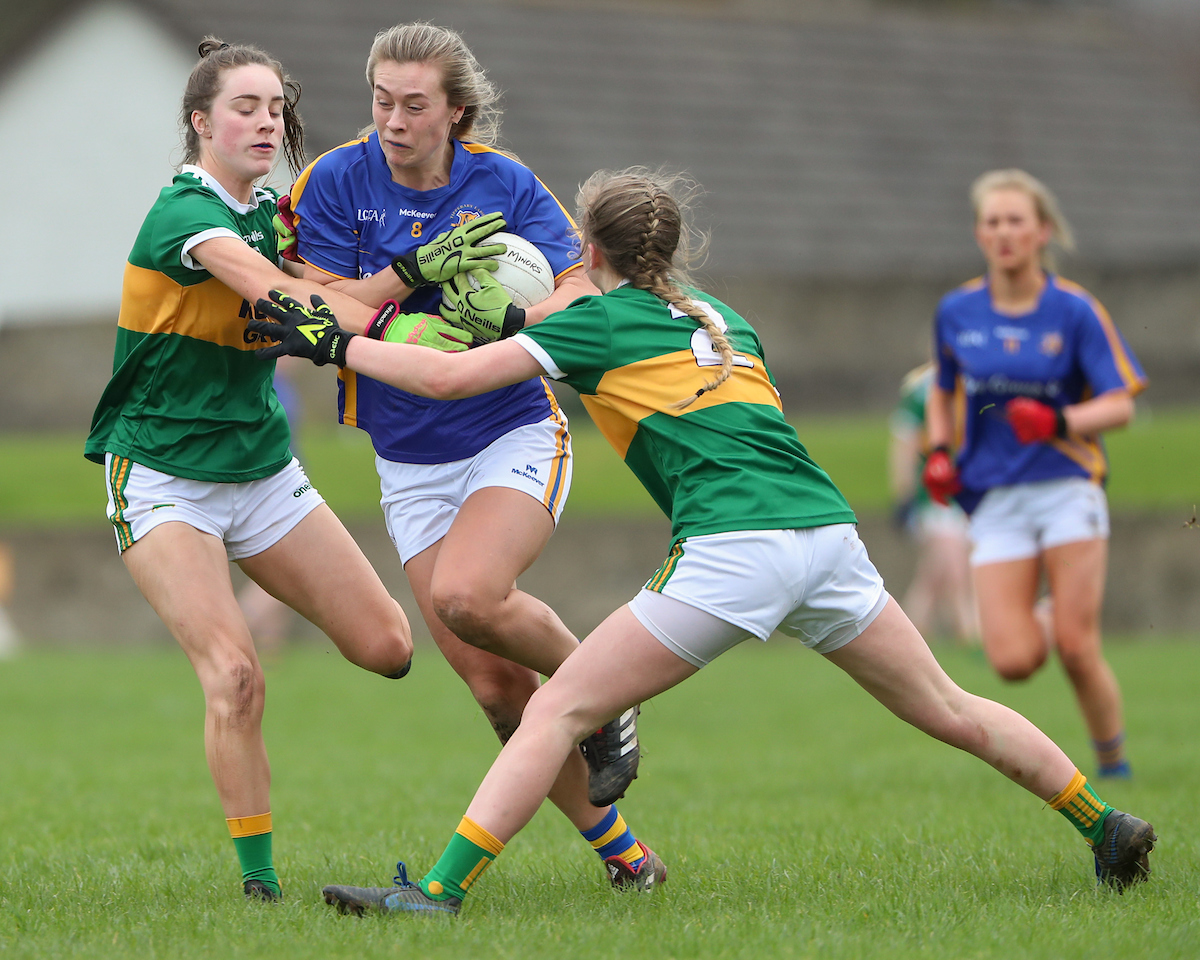 Tipperary will be disappointed with this but there are a lot of positives to be taken from the game including the fact they held Kerry scoreless for most of the second half. The next round will be against near neighbours Waterford on April 6th next.