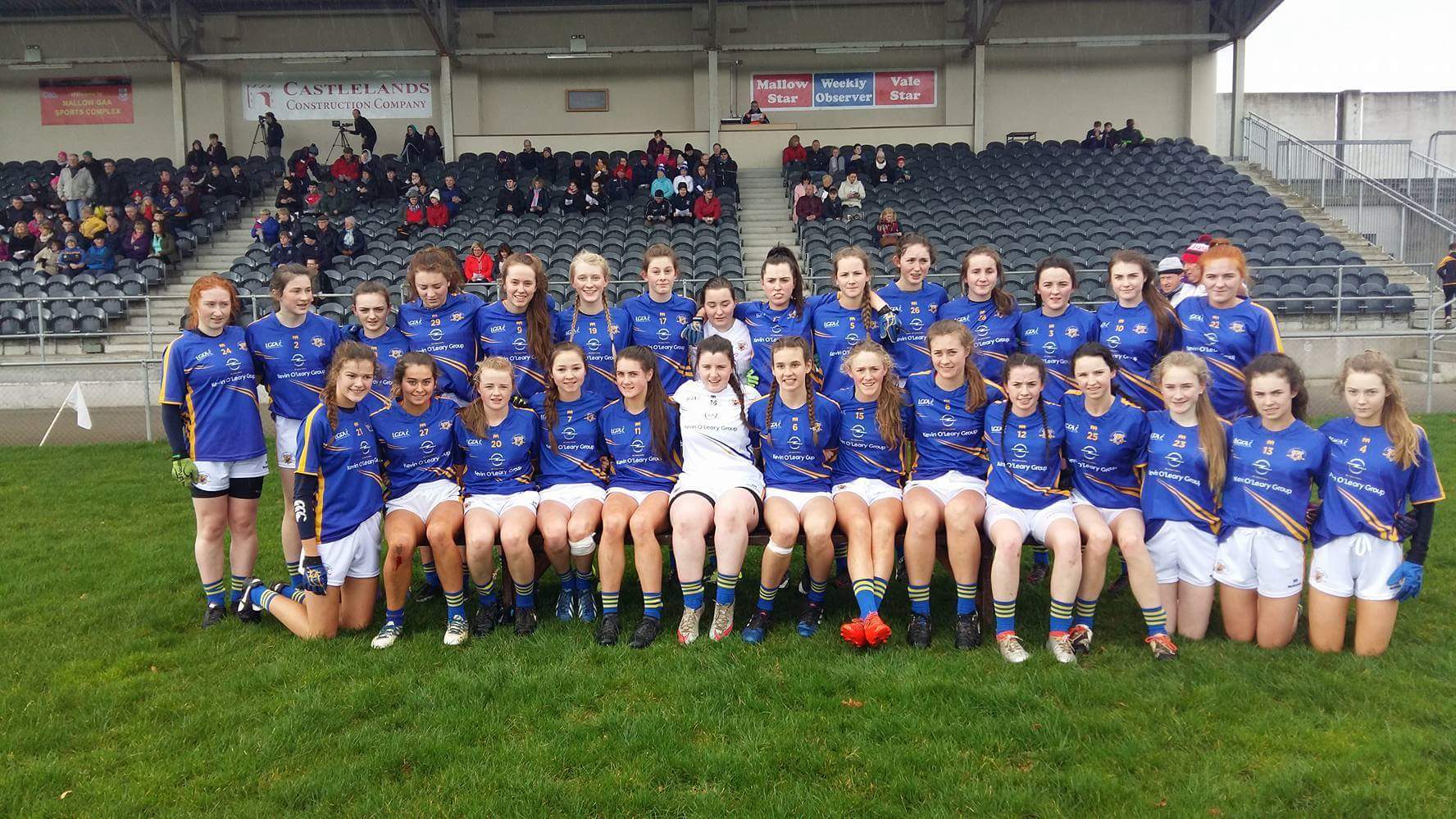 The Tipperary Ladies Under 16 team travelled to Mallow to play Cork in round one of the Munster Ladies Gaelic Football Under 16A Championship. The Tipperary girls are competing in the A competition this year as a result of winning All Irelands at Under 14 level in 2015 and 2016. There was a cross field wind favouring Cork in the first half and underfoot conditions were good after some morning rain.

Tipperary were first on the scoreboard with a point from Ava Fennessy after two minutes but within a minute Cork had equalised. The early exchanges were even with the game flowing from end to end with both teams having opportunities. On the seventh minute Cork scored a goal from a penalty and followed it up from the kick out with another point. Tipperary responded well with two points; one from play by Ava Fennessy, the other from a free by Angela McGuigan however this was to be the last Tipperary score in the first half. Cork added a point on the fourteenth minute and then on the seventeenth minute after a deflection scored another goal. The momentum was now with Cork, finishing the first half on a high with another goal on the twenty seventh minute leaving the half time score line; Cork 3-3 Tipperary 0-3.

Tipperary made some changes at half time introducing Ellie Ryan, Caoimhe Ryan and Alison Connolly. The Tipperary girls got off to a great start with Angela McGuigan scoring a goal from a free. The momentum was now with Tipperary, their defence on top and goalkeeper Rachel Sweeney bringing off a great save. Tipperary reduced the margin with an Ava Fennessy point after an excellent Ellen Moore intersection. Half way through the second half Cork’s Aine Keating was sinbinned and with a numerical advantage Tipperary began to create openings in the Cork defence. Orla Winston seized the opportunity and with the help of a deflection scored Tipperary’s second goal. As the game approached the final ten minutes Cork scored their first point of the second half and Tipperary responded excellently with two points by Angela McGuigan, one from a free. In the 27th a great twenty meter run by Ellie Ryan was expertly offloaded to Angela McGuigan, who brought the teams level by scoring a critical point. A tense last few minutes followed, with Cork regaining the lead though a free on the 29th minute. The Tipperary girls refused to give up and in final minute worked the ball down field and after a long delivery to the full forward line Emma Morrissey was perfectly positioned to level the scores with a well taken point.