You are here: Home / Munster Minor B Championship Match Report 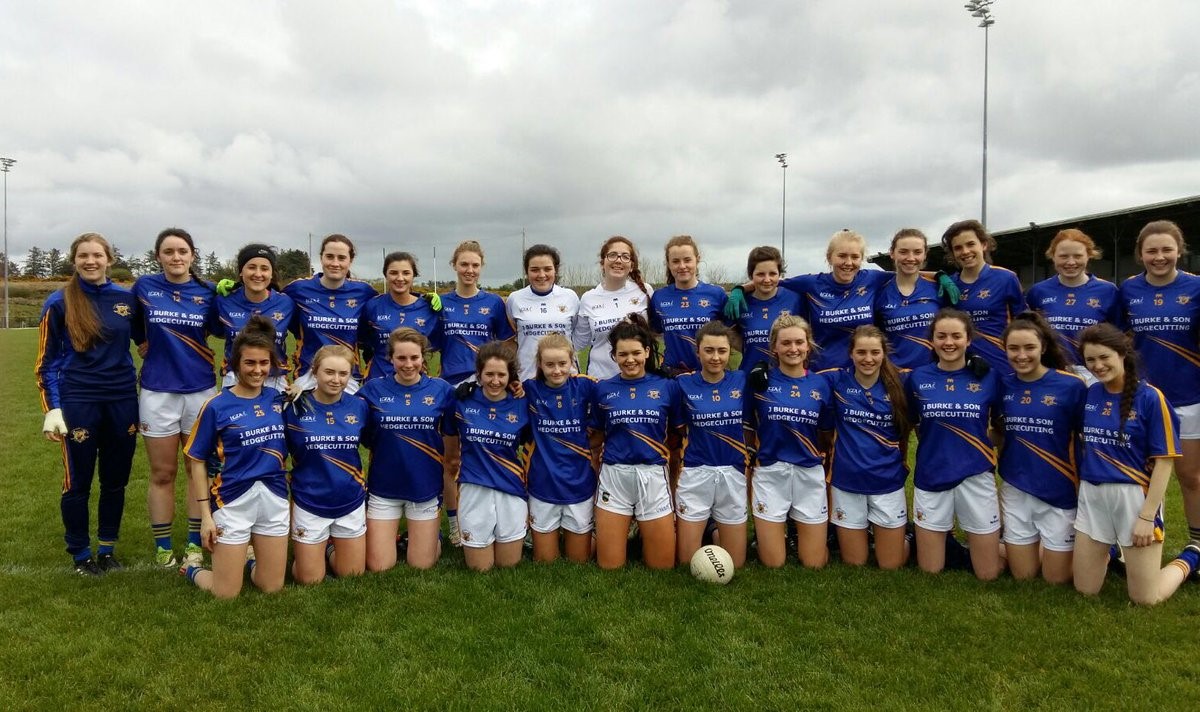 Tipperary were defeated by Clare in the Munster Minor B final played in Bruff on Monday, May 1st. The weather was ideal for a fast free flowing football game and this is exactly what we got. Clare started well and had two points on the board by the eighth minute. Tipperary then came into the game and had the next five points to establish a three point lead. Tipperary were now in a commanding position but the game turned on its head on eighteen minutes when Clare scored a goal to draw level and then added two more goals and a point to give them a seven point lead and everything was going their way. This three goal blitz was scored within eight minutes. Tipperary to their credit composed themselves and hit back with points from Anna Rose Kennedy (which skimmed the cross bar and might have found the net) and Sarah Delaney, who had by now had scored three points from play. Kirsty Crotty Ryan then had a super goal and suddenly Tipperary were right back in the game with the deficit cut to two points as the teams headed off the field for half time, Tipperary 1-7 Clare 3-3.

At the start of the second half Sarah Delaney made a great run through the Clare defence and scored a point. With the margin down to one point it was Clare who seized the initiative and reeled of three unanswered points. Tipperary responded with another Anna Rose Kennedy point. On twenty minutes a two goal blitz from Clare within three minutes opened up a nine point lead that ended Tipperary hopes and both sides traded points from here to the end. Final score Clare 5-8 Tipperary 1-11.

The Tipperary girls lost nothing in defeat and fought gallantly all the way through the game. On the day they met a very good Clare side who had some very impressive players, especially in the forwards, and their goals came at the right times in the game. There could no faulting the Tipperary girls as the Clare goals came from fast moving play and were finished clinically to the net. Tipperary in patches reached the heights they have shown in their previous games but the fluency and movement that are capable of was not sustained for the full game. Tipperary battled bravely and admirably to the end but the goals were sucker punches that they never recovered from. Our thanks to the panel of girls and their dedicated Management team of Pat Morrissey, Siobhan Condon Anthony O’Brien who left no stone unturned in the preparations.