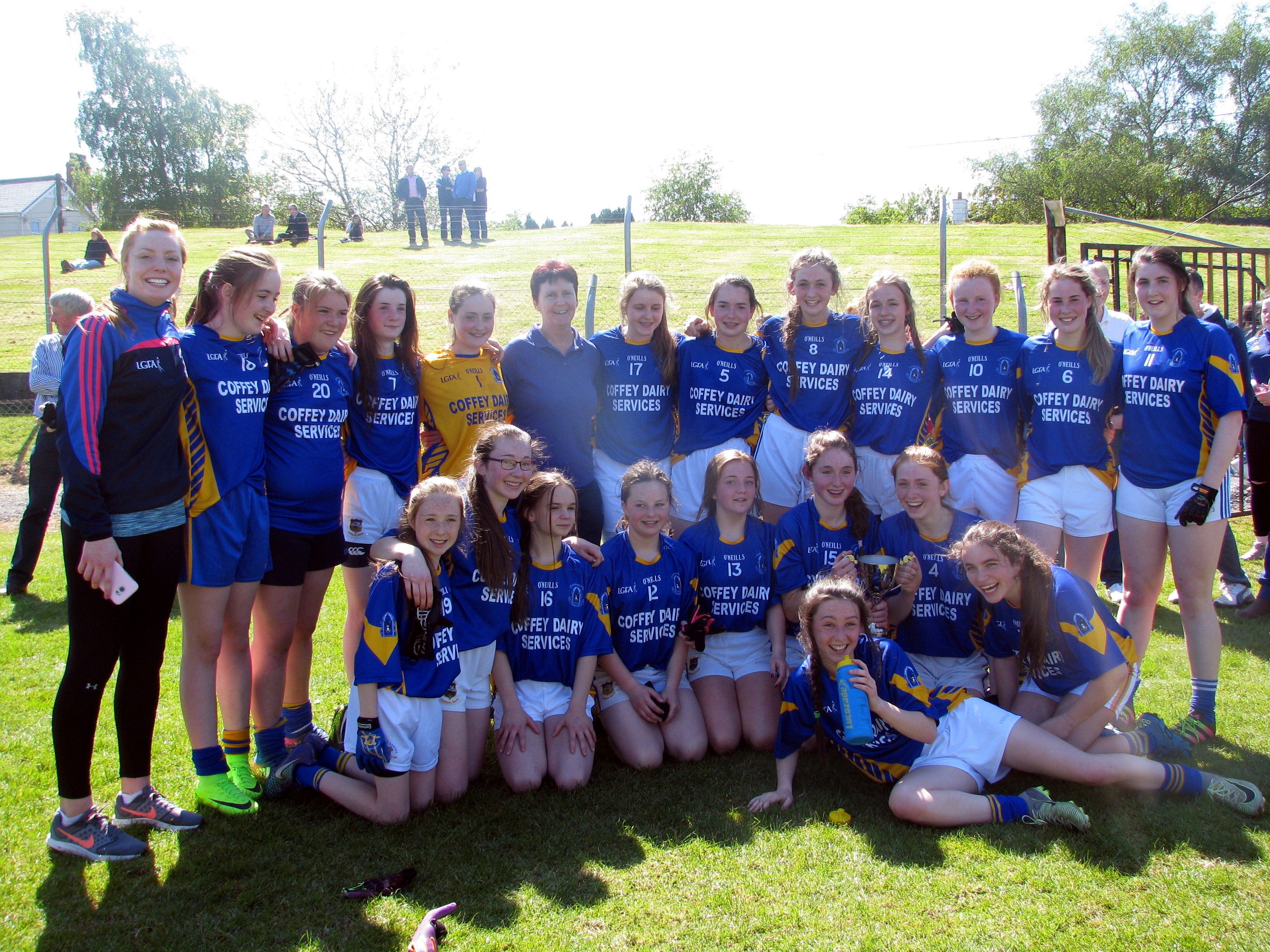 Last Sunday was a triple header for the U16 A, B, and C County Finals that were held in Sean Treacy Park, Tipperary Town and what a glorious day it was. Brian Borus found themselves meeting Clonmel Commercials for a second year in a row, where Clonmel beat them in the Under 16 C 2016 County Final this time last year. Brian Borus learned a lot from last year's defeat and proved and earned themselves a place in this year’s county final and would be seeking revenge.

Eimear and her mother Eileen Myles had this team well prepared on the day and had only one defeat in this year’s championship on the run up to the final.

Throw in commenced at 1.30pm with Templemore Referee Michael Towey in charge of the game.

Borus were first on the score board with a fine point from the centre forward, Lauren O’Brien, but Commercials were quick on their heels and responded with a point seconds later followed by a free in front of the goal. Scores were exchanged on both sides with fine points from Rebecca Burke, Robin Carey, Lauren O’Brien and Caoimhe Ryan. Commercials never let Borus pull away and netted a goal on the 22nd minute which gave them momentum to drive on. Our backs Alanna English, Ciara Morrissey and Shauna Maher stood up when they needed to and put their bodies on the line pulling off some fine blocks with excellent execution of play to Lorraine Burke and Hannah Berry. Borus were denied a goal in the 24th minute due to a square ball but managed another 2 points in injury time from Caoimhe Ryan and Rebecca Burke. Half time score Brian Borus 0-9 Clonmel Commercials 1-5.

With no changes on the Borus side the second half got underway and it was Commercials who scored first on the 5th minute. Mid fielders Helen Burke and Shannon Morrissey worked tirelessly from their own half back line to the forward line and delivered some fine balls into their forwards. Commercials were driving on now and a second goal was in the back of the Boru net after nine minutes of play which put them in front. But Borus responded with 2 goals of their own with County Player Caoimhe Ryan drilling home a goal in the 12th minute and only to find the back of the net 30 seconds later. This was the turning point of the game and all 15 players stepped up another level. Great forward play was exchanged by Megan Coffey to Clodagh McHugh and converted to a point. All 6 forwards stepped up another level. Shannon Coffey came on in the 12th minute of the second half for Megan Coffey and Caoimhe Ryan scored her hatric on the 23rd minute followed by her fourth goal in the 24th minute. This was far the best game Caoimhe was having and was unstoppable at this stage. This well and truly rattled Commercials and Borus now lead by 8 points. Commercials fought back hard and managed a further 2 points. Brian Borus goalie Caoimhe Kenneally pulled off two excellent saves one after another in the dying minutes of the game. Final score was Brian Borus 4-13 Clonmel Commercials 2-11.

Vice Captains Lorraine Burke and Caoimhe Ryan were present the cup by County Chairwoman Biddy Ryan. Well done to Eimear and Eileen Myles who have put in tremendous work and commitment with these bunch of girls for the last few months. The girls worked hard all year and were rewarded on the day. Well done girls, the club is very proud of you all. Great start to the 2017 championship.