You are here: Home / Extra time drama as Tipperary beat Wexford by a single point 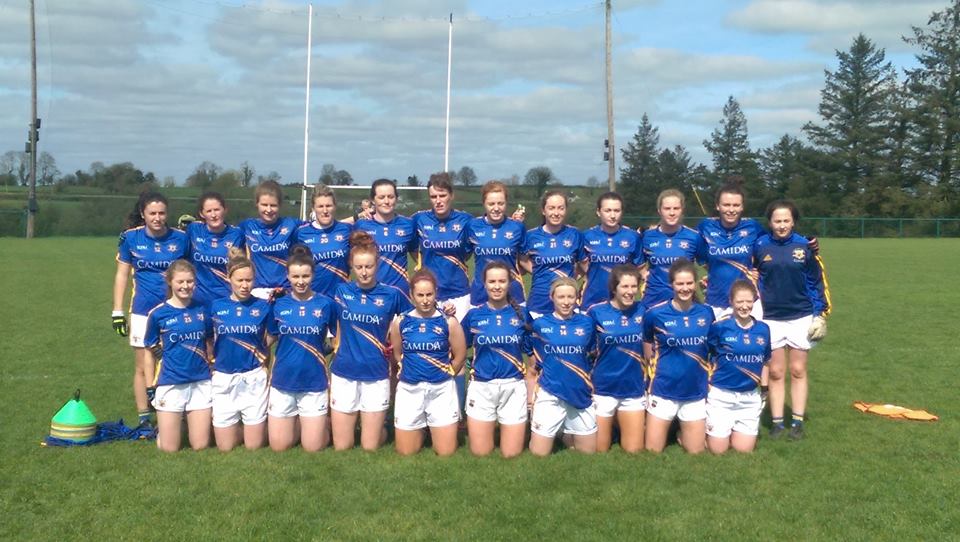 Tipperary defeated Wexford in the All Ireland Intermediate ladies football Quarter Final after a very exciting game which required extra time to separate the sides. Both teams went at this game hammer and tongs realising that the winner had the privilege of playing in All Ireland Semi Final while the loser would see their season end dramatically. What the supporters got was a fully committed and hugely exciting game of football. Both sides had periods of dominance but crucially Tipperary were never led during the game and in the end they just about survived a spirited late Wexford rally to maintain their superiority over a gallant Wexford team during the course of four games in 2017. This result sees Tipperary advance to play Meath in the All Ireland Semi Final scheduled for August 26th.

Tipperary had made six changes to their starting line up from their Munster Final win and were forced to make a late change with Laura Morrissey coming in for Siobhan Condon who was injured in the warm up just before the game began. Aishling Moloney started centre field with fellow club player Aisling McCarthy and they held the upper hand here as Tipperary were first to score through an Aishling Moloney point. Wexford replied through a Bernie Breen point before Roisin Howard restored the lead with a Tipperary point. Wexford levelled with a free after Tipperary goalie Lauren Fitzpatrick was adjudged to deliberate too long with the kick out. Both sides were contesting fiercely and the game flowed from end to end. Tipperary had a point from play and another from a free by Aisling McCarthy. Aishling Moloney then had a brace of points, the first a fisted effort from close in, followed by a trade mark long range kick soon after. Wexford were staying in touch with points of their own and had it not been for a superb save from Tipperary goalie Lauren Fitzpatrick Wexford might well have hit the front. Tipperary led by 0-6 to 0-4 after fifteen minutes.

Wexford were guilty of some poor wides and wayward free taking and scoring chances. Tipperary pushed out the lead through a Gillian O’Brien point and another point from play by Aishling Moloney. The game’s first goal came to Tipperary on twenty eight minutes. From deep in defence a well worked move involving Niamh Lonergan, Jennifer Grant, Roisin Howard and Aishling Moloney was recycled to Aisling McCarthy who blasted to the net. The same player followed up with a pointed free and as the teams left the field for half time Tipperary had opened up a six point lead against a very lively and committed Wexford team and looked to be in a good position. Halftime score Tipperary 1-9 Wexford 0-6.

The very slight breeze would favour Wexford for the second half but its impact was minimal. Both sides missed early chances and after ten minutes of cautious play both sides had scored a point each. Aisling McCarthy on target from play for Tipperary. Wexford then seized the initiative and after some poor wides were rewarded with a good goal. Suddenly it was game on as Wexford piled on the pressure. The Tipperary response was another Aishling Moloney point. Wexford continued to press forward and another Wexford drive was parried over the bar to save a certain goal. With the lead again down to two points Aishling Moloney kicked another super point. Wexford were not done yet and two minutes from time they scored the goal to level the game. Both sides held on frantically in the closing minutes to send the game to extra time. Full time Tipperary 1-12 Wexford 2-9.

The first period of extra time yielded a Tipperary goal and two points to Wexford being held scoreless. From the throw in Aishling Moloney was fouled en route to goal and while Aisling McCarthy scored the resultant free the injury to Aishling Moloney would see her leave the game a few minutes later. Orla O’Dwyer had point and then Tipperary’s outstanding player Aisling McCarthy made a great run up field before off-loading to Roisin Howard who finished to the net. Tipperary were now ahead by five points at the end of the first period of extra time. (2-14 to 2-9).

Tipperary had the opening score of the second half an Orla O’Dwyer point when the goal option was tempting.  However just like the second half of normal time Wexford refused to yield and stormed back into the game. They responded with a goal and then followed with a point. The lead was now down to two points. As Wexford pressed hard for the winner. They had a few near misses as Tipperary were living dangerously.

A Wexford free was lobbed into the square and the ball was tipped over the bar to save the day. The final whistle was greeted with much relief and great rejoicing by players and supporters alike as Tipperary held on for a famous victory against their arch rivals of 2017 a very worthy and sporting Wexford team. While we commend and congratulate Tipperary on another great win especially when the tide turned against them late in both ends of the game we have to salute Wexford who refused to accept defeat when Tipperary had a significant lead established in both second halves of the game. They fought back admirably and in 2017 Tipperary have been their bogey team after four extremely competitive encounters.

Tipperary have plenty to reflect on after the game. There were many positives from this epic battle. Goalie Lauren Fitzpatrick could not be faulted for any of the Wexford goals and made two critical top class saves in both halves of the game which if had been conceded the outcome might be different. The backs played very well as a unit and defended well, they forced Wexford wides on many occasions and are to be commended for their tenacity, discipline and low free count. Maria Curley showed great leadership and courage in going forward on occasions, when the need was greatest to try and inspire greater efforts from those further outfield. The forwards were out in front especially in the first half but were later more tightly marshalled by Wexford. On the day Tipperary had two outstanding players in Aishling Moloney who kicked six points from play and Aisling McCarthy who scored a goal and five points. The forwards were well on top in the first half and were lively and in front to the ball. This deserted them for most of the second half and three points which was their total return of the half tells its own story. The display of Aisling McCarthy throughout the eighty minutes from centerfield is worthy of special mention. Her commitment, determination and endurance over eighty minutes must rank as one of the greatest displays ever by a player in a Tipperary jersey. Apart from her impressive scoring tally for an outfield player both from play and placed balls she set up the crucial second goal which effectively won the game for Tipperary. Well done to all the players, panel and management team and good luck in the Semi Final.