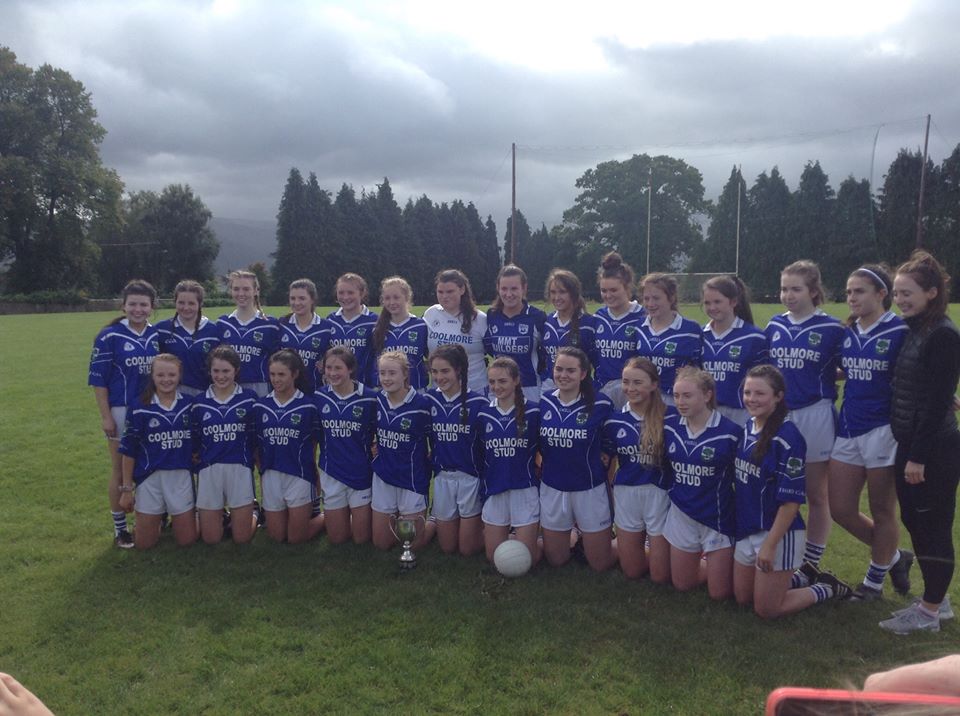 Following on from their exciting draw a number of weeks ago, Fethard and Thurles Sarsfields met in Bansha for the replay of the County Junior A Championship Final on Saturday, September 9th. As with the previous game, the young Fethard side started brightly. A couple of early points, both from play and frees, from the Fethard captain Kate Davey along with a goal from Leah Coen meant that Fethard were in control in the early stages of the first half. Thurles Sarsfields gradually came more into the game and began to put more and more pressure on the Fethard defence. However, they were depending on the accuracy of free taker Eimear McGrath to keep them in touch with Fethard. Thurles Sarsfields found themselves seven points in arrears at half-time as Fethard increased their lead through Kate Davey again and Megan Coen (Fethard 1-07 Thurles Sarsfields 0-03).

A different Thurles Sarsfields team emerged from the dressing room after half-time and Fethard found themselves under increasing pressure. However, Sarsfields were unable to make all their possession count on the score-board. The ever reliable Kate Davey scored some crucial second half points to steady the Fethard ship. While Thurles Sarsfields did score a goal in the closing stages, it proved to be a mere consolation as the referee’s whistle sounded soon after and Fethard were crowned champions on a score-line of Fethard 1-10 Thurles Sarsfields 1-05. Following on from their County Junior B success last year, Fethard can now look forward to playing at Intermediate level in 2018. However, before that, Fethard will head into the Munster Junior Club Championship for the first time in the club’s history when they will play the Clare champions in a few weeks time.