Heroines in every sector of the field drove magnificent Tipperary to  wonderful All Ireland Intermediate Ladies Football final glory at Croke Park this afternoon.

It was a magical display from the Tipperary girls who proved much too strong for a game Tyrone side.

The final margin was only three points, 1-13 to 1-10, but Tipperary were by far the better side as their return to senior status was achieved in stunning fashion.

The magnificent Aisling McCarthy won Player of the Match and it was truly deserved. She was unerring from frees, set up the attack with some wonderful passing and scored the crucial Tipp goal just three minutes after Tyrone had shocked Tipp with a goal of their own.

McCarthy's goal was vital as it restored Tipp's momentum and they drove on after that. Tipperary celebrate with the cup.

McCarthy was brilliant but so was captain and centre back Samantha Lambert; the tireless Jennifer Grant sweeping up at the back; the graceful Aisling Moloney who moved from attack to defence wherever she was needed; the timeless Mairead Morrissey who showed her experience and guile; the outstanding RoisinHoward; and the impeccable Gillian O'Brien for her scoretaking.

From goalkeeper Lorraine Fitzpatrick out, who was cooolness personified and whose kickouts were flawless, everyone on the team played their part in a wonderful boost for the game in the Premier County.

Tyrone started strongly but when they missed a succession of chances, Tipp swung into gear and Gillian O'Brien and McCarthy from a free put them two up after nine minutes. After the Ulster side opened their account, the outstanding Roisin Howard pointed for Tipp but then a Tyrone goal from Grainne Rafferty, who jinked and weaved her way through the defence, put the Northerners  1-1 to 0-3 up. Captain Fantastic Samantha Lambert is lifted by her team mates.

But Tipp replied like the champions they were to become. Roisin Howard pointed within a minute, McCarthy added a free and then the Cahir superstar goaled when she blocked down a Tyrone clearance and lobbed the ball over the advancing keeper into the net.

Brilliant play from Orla O'Dwyer set up Gillian O'Brien to make it 1-6 to 1-1 after 21 minutes.  Tyrone reduced the margin but Mairead Morrissey pointed from close range from a Moloney pass when it looked like the Cahir player should have won a penalty. And a late Tyrone free made it 1-7 to 1-3 at the break.

The second half was a close affair but Tipp always had the advantage. Moloney came more into the game and her precise passing created space for the forwards. She opened the scoring herself three minutes in. Tyrone pointed with Gillian O'Brien again showing accuracy to split the posts.

Emma Jane Girvan hit one of the points of the game for the Ulster girls to make it 1-9 to 1-5 but Mairead Morrissey hit a great point to push the gap out to five.

O'Brien responded to a Tyrone point to keep it at five and then Orlagh O'Dwyer could have wrapped up the game when put in the clear with two Tyrone defenders on the ground after running into each other but her shot lacked conviction.

Two points in a row for Tyrone brought the margin down to three with thirteen minutes to go but Tipperary managed the game brilliantly from there to the end. They were accurate in their passing, took no chances and kept the Tyrone defence stretched. A tiring Tyrone defence fouled Lambert and Morrissey in the space of two minutes and McCarthy pointed both frees.

There were some nerves again when Tyrone finished with a burst and two late points brought the margin down to three but Tipperary defenced heroically and no more opportunities were conceded.

Aisling McCarthy finished with 1-4 and landed the player of the match award with Gillian O’Brien chipping in with four points while Róisín Howard and Mairead Morrissey, a survivor from Tipp’s previous intermediate win in 2008, landed two points each. 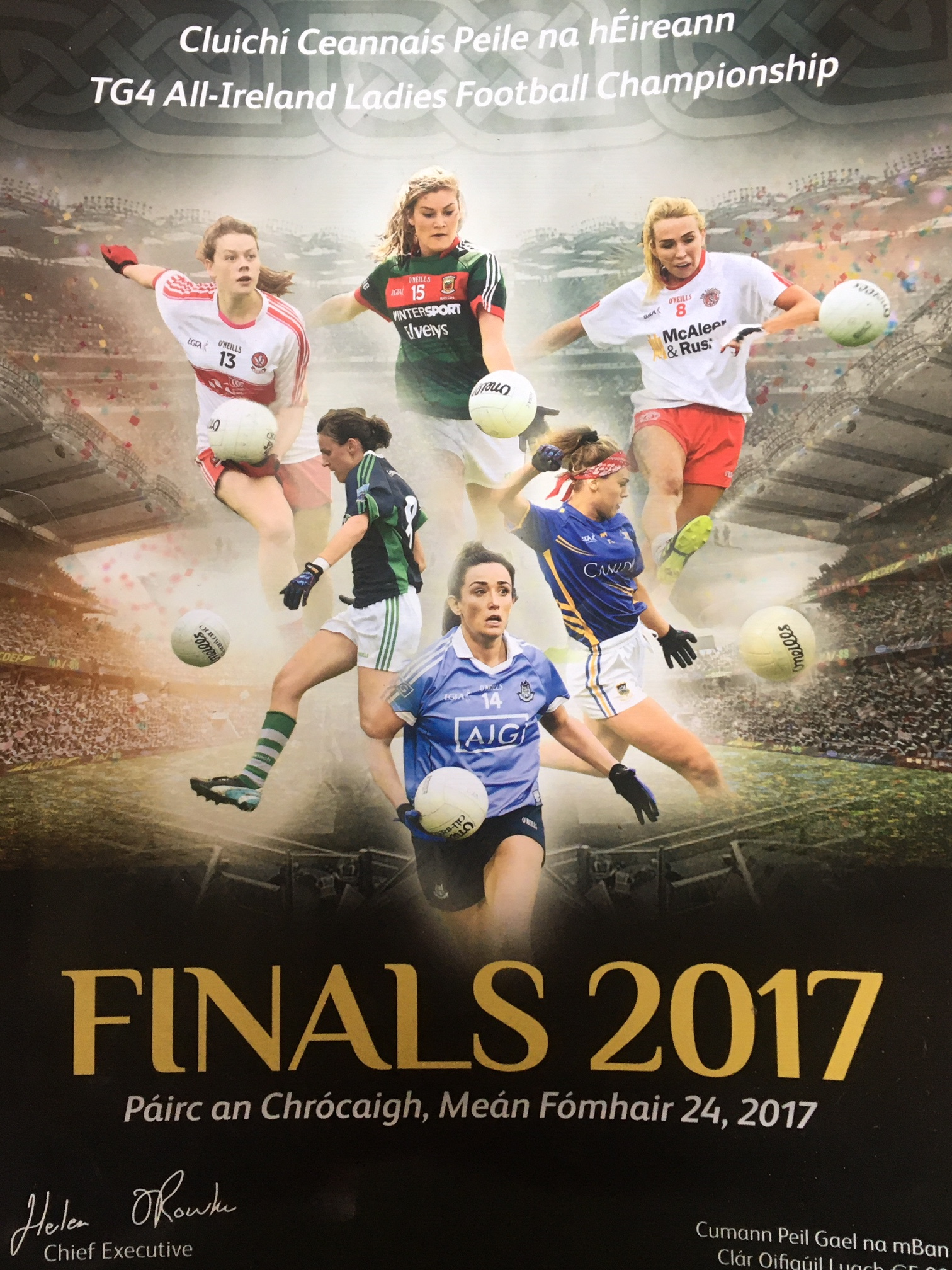