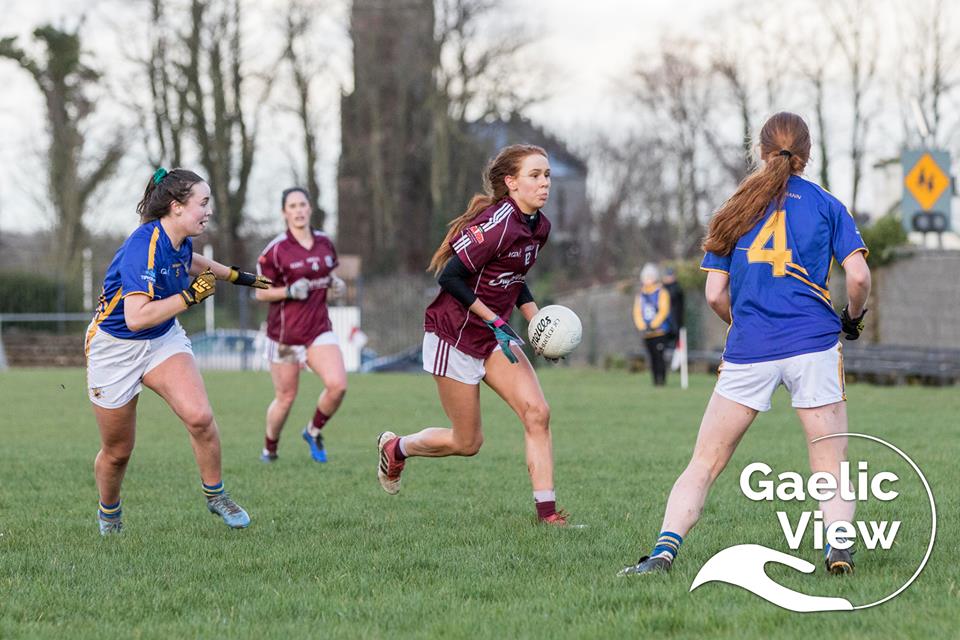 Tipperary’s hopes of upsetting an undefeated Galway side were dented significantly by a freak goal during the opening half of an entertaining Lidl Ladies National Football League Division 1 clash at Bansha on Saturday evening.

Ultimately Galway proved themselves the more accomplished outfit and were good value for their five-point win, but there is no doubting the fact that a Róisín Leonard strike had a significant impact on this contest.

The Premier County had just out-scored their opponents 1-5 to 0-1, recovered from the concession of an early goal to Leanne Coen and carved out a three-point advantage when a miss-hit Róisín Leonard free snuck in under Lauren Fitzpatrick’s crossbar and tied the game in the 20th minute and helped the visitors into a 2-6 to 1-6 interval lead.

Playing with the elements Galway proved the much craftier side after the break and led by nine points, 2-14 to 1-8, before Tipperary rallied late in the game.

Galway led 1-2 to 0-1 early on thanks in no small part to Lucy Hannon who set Coen up for a composed finish in the fourth minute. 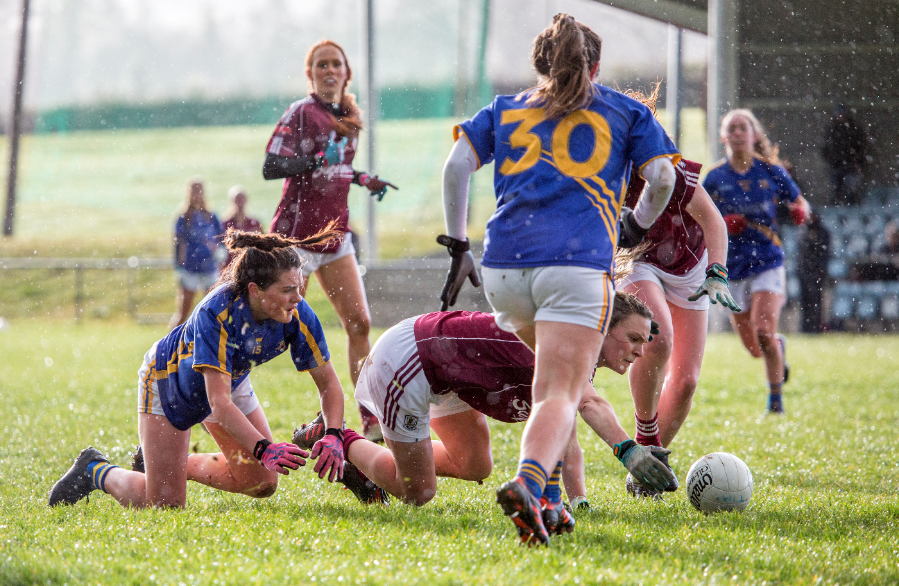 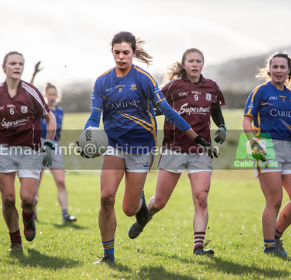 Róisín Leonard’s free in the 20th minute tied the game and Galway added three points before the break to take control.

Tipp managed to add two points to their tally during the third quarter, but Galway fired over five of their own during this period with Tracey Leonard responsible for three. 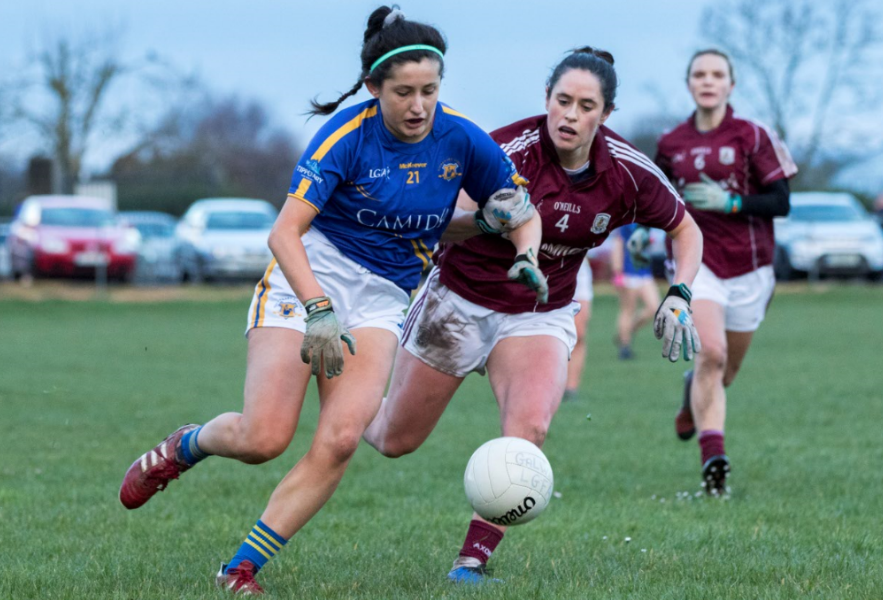 Not to be out-done Róisín Leonard fired over two more glorious Galway points and when Tracey Leonard added a free in the 54th minute the visitors were nine clear.

An Aishling Moloney free brought 19 scoreless minutes to a conclusion for Tipp before an alert Moloney lobbed a 65th minute free into the Galway net to give the home support something to cheer in awful conditions.