u-17 All Ireland Blitz Champions

You are here: Home / u-17 All Ireland Blitz Champions

u-17 All Ireland Blitz Champions 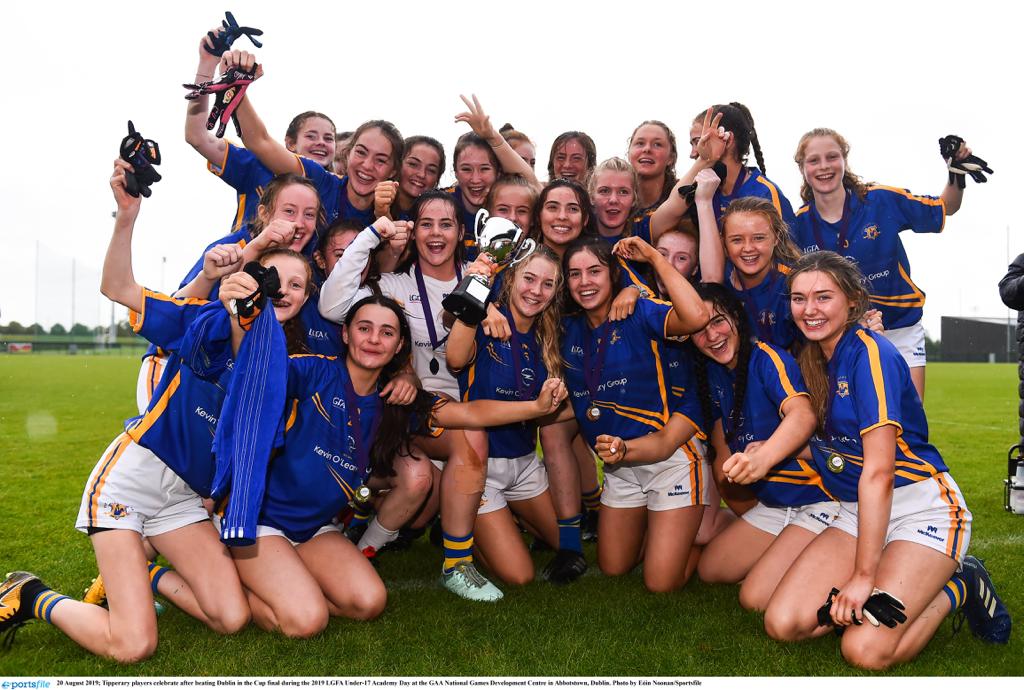 Massive congratulations to our u-17 panel of Ladies who travelled to Abbottstown today and arrived arrived home with the All Ireland Blitz Cup.

The girls played a total of 7 matches and remained unbeaten during the day, a fantastic achievement.

The Ladies first game was against Meath, where they won on a scoreline to 5-4 to no score. Down were next in line and at full time the score was Tipperary 4-2 to Down 1-1. The third round saw the ladies face Kildare and again the opposing team were held scoreless, to Tipperary's 3-7. The last group game was against our neighbours Waterford and finished with Tipperary 2-1 to 0-3.

This results moved our Ladies into the Quarter final against Dublin's first team. This was the closest match of the day and full time score was a draw. 5 girls from each team were then selected to score over the bar ... nerve racking stuff but our girls held tough and progressed to the semi-final with a 2-1 score.

The Semi-Final was against Monaghan where our ladies continued their winning streak on a score of 3-4 to 1-5.

This meant that in the final we would play Dublin's 2nd team, which proved to be another tight game - winning by a point.

Tipperary were crowned U17 A All Ireland Champions in Annual LGFA U17 Academy day held in Abbotstown, Co. Dublin. An exciting and enthralling festival of football 25 teams, representing 19 counties, made the trip to compete in the Plate, Shield and Cup Competitions.

Tipperary was included in a group of five teams with only the top team from the group qualifying for the A Quarter finals. The teams in Tipperary’s group included; Meath, Down, Kildare and Waterford. Their opening game was against Meath whom they defeated 5-4 to 0-0. Their second game was against Down. The result here was Tipperary 4-2 Down 1-1. In their third game Tipperary again held their opponents Kildare scoreless winning 3-7 to 0-0. Their final group game was against near neighbours Waterford and this time they won 2-1 to 0-3.  Topping their group and undefeated Tipperary were drawn to play Dublin (1). A tough and tense game it ended on full time at Dublin 1-4 Tipperary 2-1 forcing the game to a free taking shoot out from the 30m line. Tipperary won the shoot-out 0-2 to 0-1 to claim their place in the Semi Final where they met Monaghan. This was another tough game but the Premier side emerged the victors on a scoreline of 3-4 to Monaghan’s 1-5. And so to the Final where Tipperary had to face Dublin (2).  For the second time that day Tipperary were not found wanting and defeated Dublin on a scoreline of 2-2 to 1-4 to be crowned All Ireland U17 A Champions.