You are here: Home / Intermediate All Ireland Champions 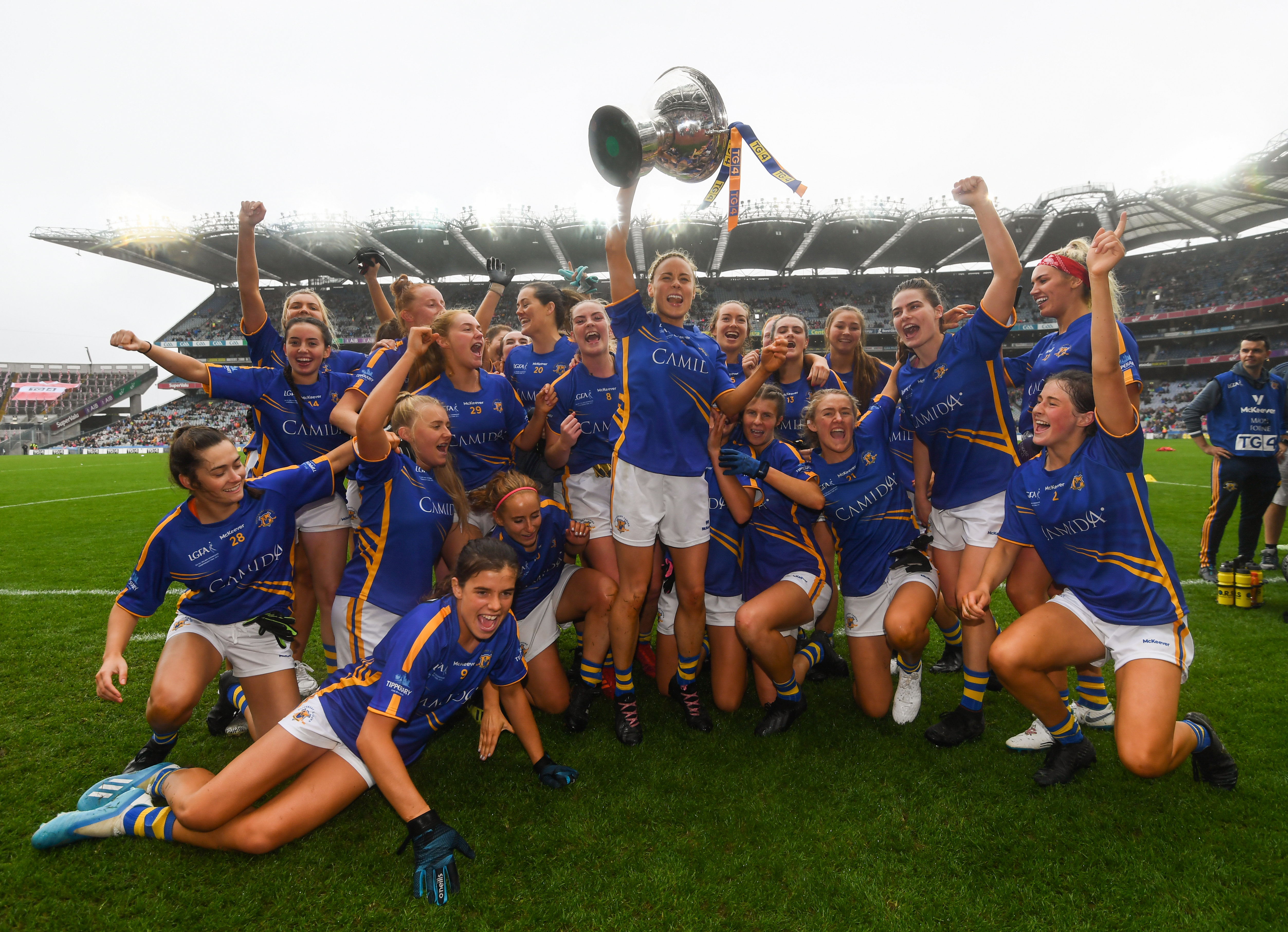 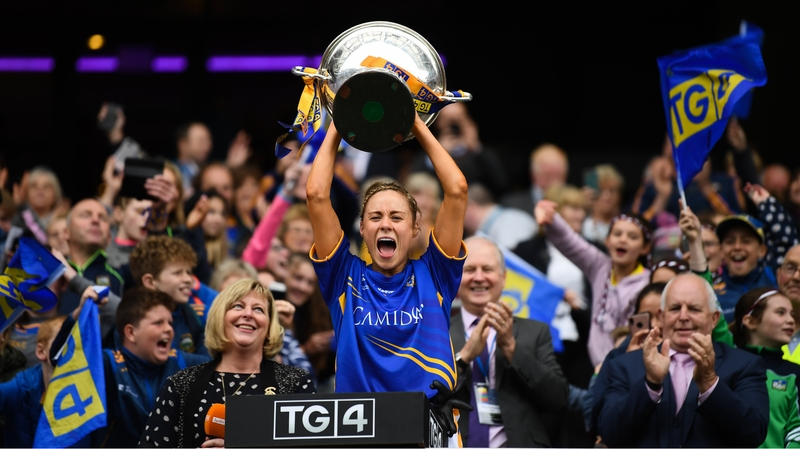 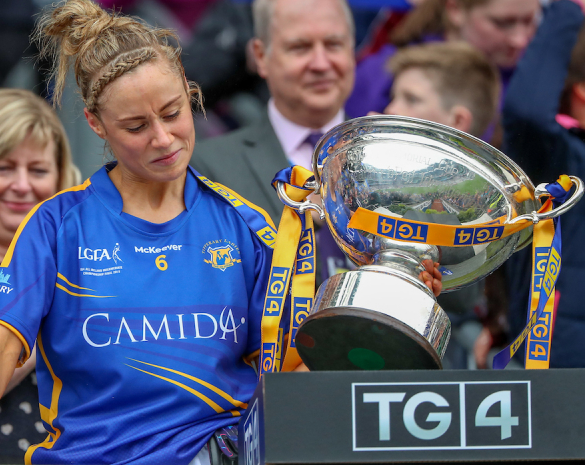 Tipperary secured an immediate return to the senior ranks after Angela McGuigan and Aisling McCarthy goals and eight points from the outstanding Aishling Moloney gave them a second TG4 All-Ireland Intermediate title in three years. 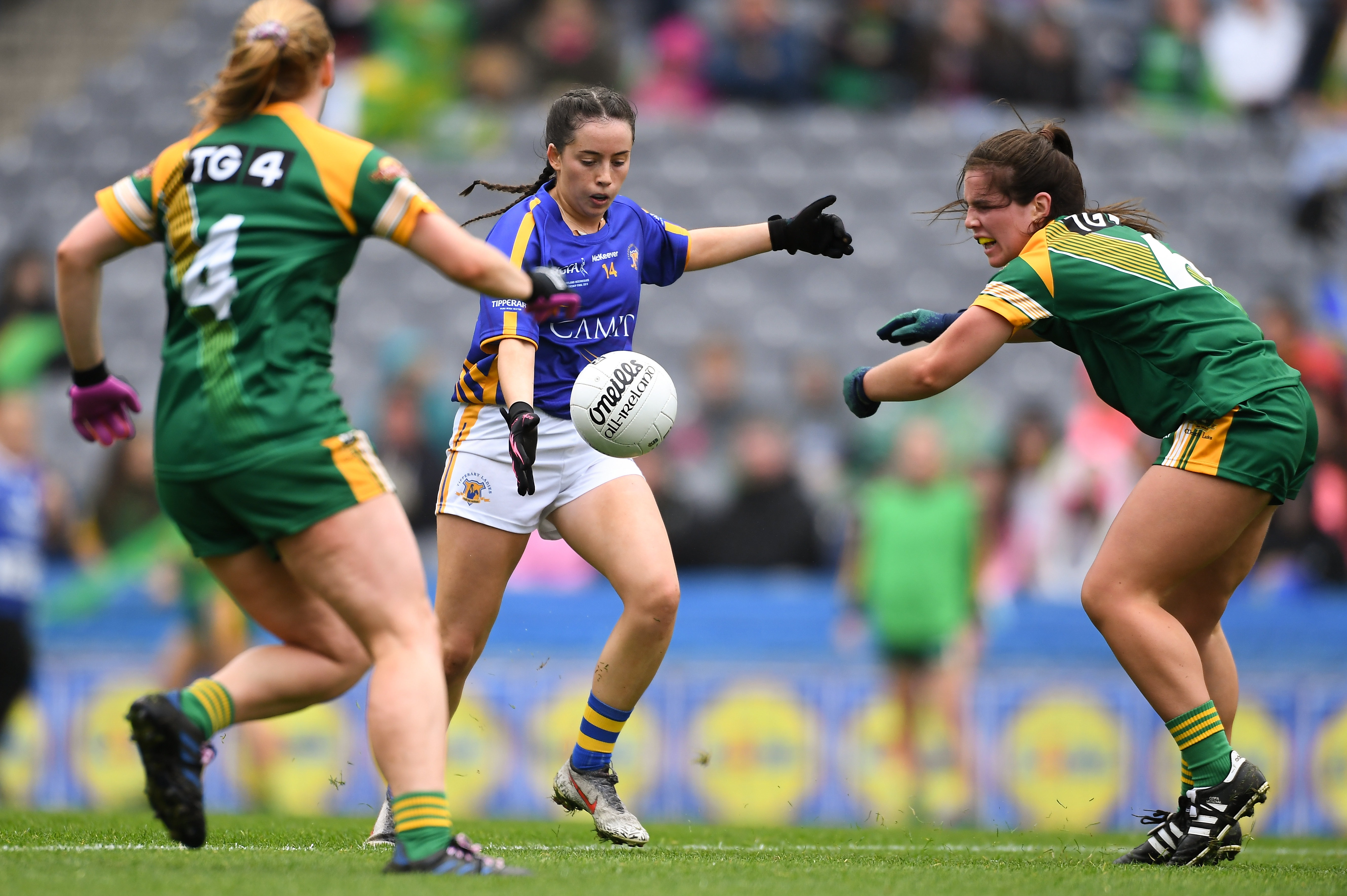 A Fiona O'Neill goal meant Meath only trailed by one point at the break, but a splendid rearguard display from Tipp held them to five points in the second-half and inflicted a second straight final loss on Eamonn Murray’s side.

In the build up to this game it was expected that two attack-minded teams were going head to head and after a fluid opening half their talents were there for everyone to see.

The first score arrived from Aoibhín Cleary after 16 seconds, the last of the first-half came in the 30th minute from Aisling McCarthy and in between play flowed from one end to the other and scores arrived regularly.

Despite falling behind to that first-minute score Tipperary took charge of the encounter quickly and with Orla O’Dwyer and Caitlín Kennedy driving forward they tagged on four unanswered points.

A brilliant save from Monica McGuirk denied O’Dwyer a goal, but her shot deflected over, while Moloney, Caoimhe Condon and McCarthy all found the target for Tipp.

A senior team last season, it appeared as if Tipp’s top-flight experience was trumping Meath’s exciting promise, but Murray’s side began to find their feet.

Tipp didn’t take all their scoring chances though and as a result Meath’s slick forwards soon had them back in touch.

Fiona O’Neill’s point and two Duggan frees had the gap down to one point 11 minutes from the interval, and six minutes later Bridgetta Lynch picked out O’Neill with a floated kick-pass and she found the top corner for a 1-08 to 0-09 lead.

When Meath followed the goal with a Kelsey Nesbitt point, Tipp could have panicked, but they showed their champion credentials when O’Dwyer and Eva Fennessey sent McGuigan clear and she cut back on her right side and rattled a goal for a 1-10 to 1-09 half-time lead for Tipp.

Despite the tricky wind in the first-half, both teams coped well, but as the misty rain descended for the start of the second-half the players began to struggle.

Tipp certainly bossed the opening ten minutes of the half but after shooting four wides they didn’t add to their tally, while in their first attack Meath’s Lynch levelled the scores in the 40th minute.

Moloney was responsible for three of those Tipp wides, but she was quickly moved into full-forward and a point arrived immediately.

Then from the kick-out O’Dwyer intercepted Sarah Powderly’s pass, and via Moloney, McCarthy ran through and hit the net. 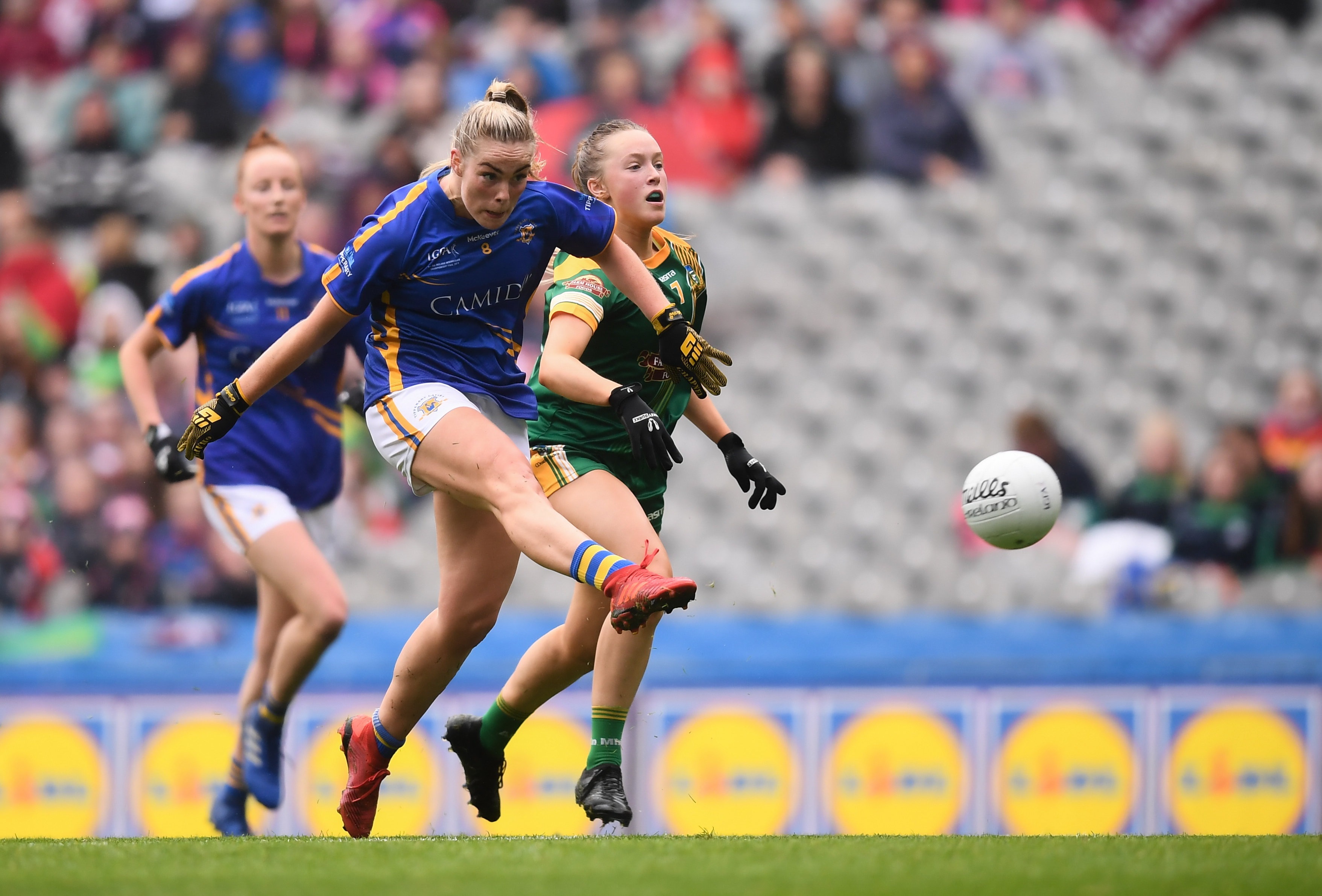 An O’Dwyer point then had Tipp 2-12 to 1-10 ahead after a blistering two-minute spell. 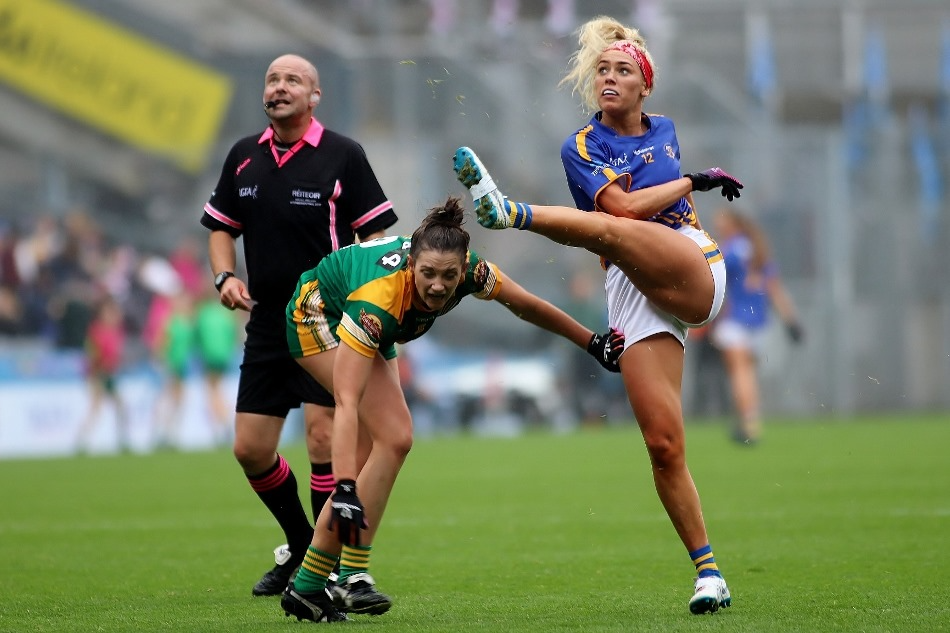 Meath kept battling though and a hard-fought point from Duggan added to their tally, but Moloney and Fennessey scores guaranteed Tipp an easy finale.

Player of the Match 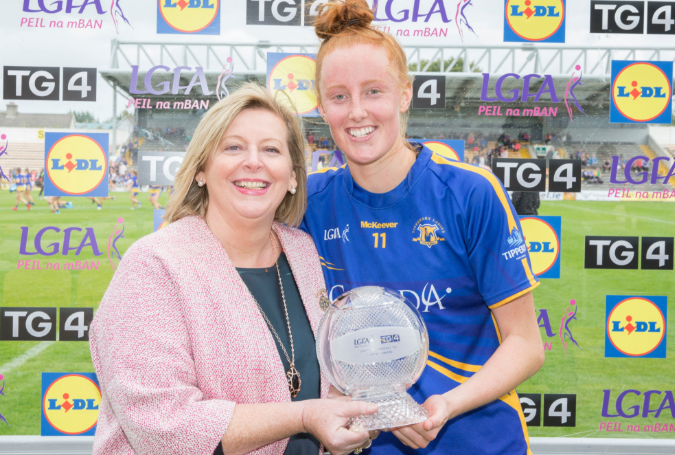