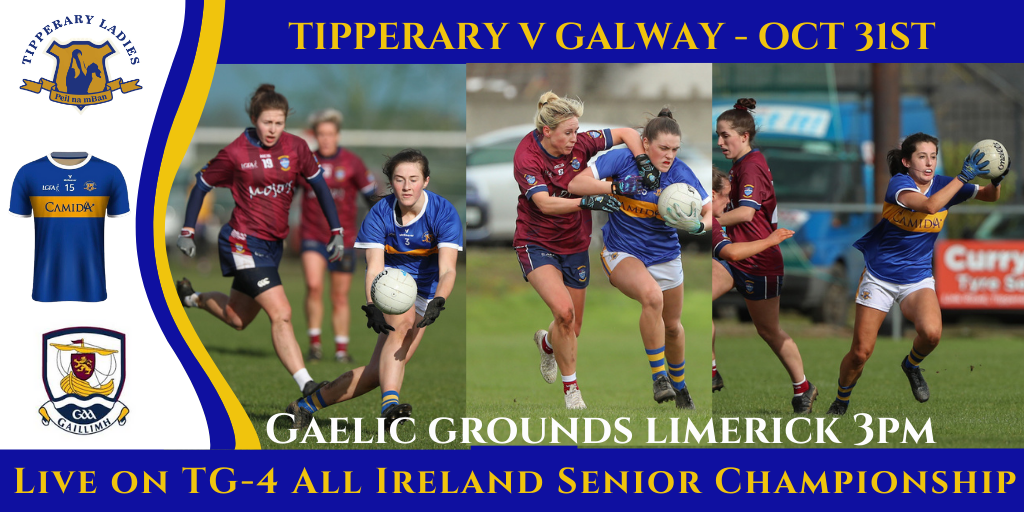 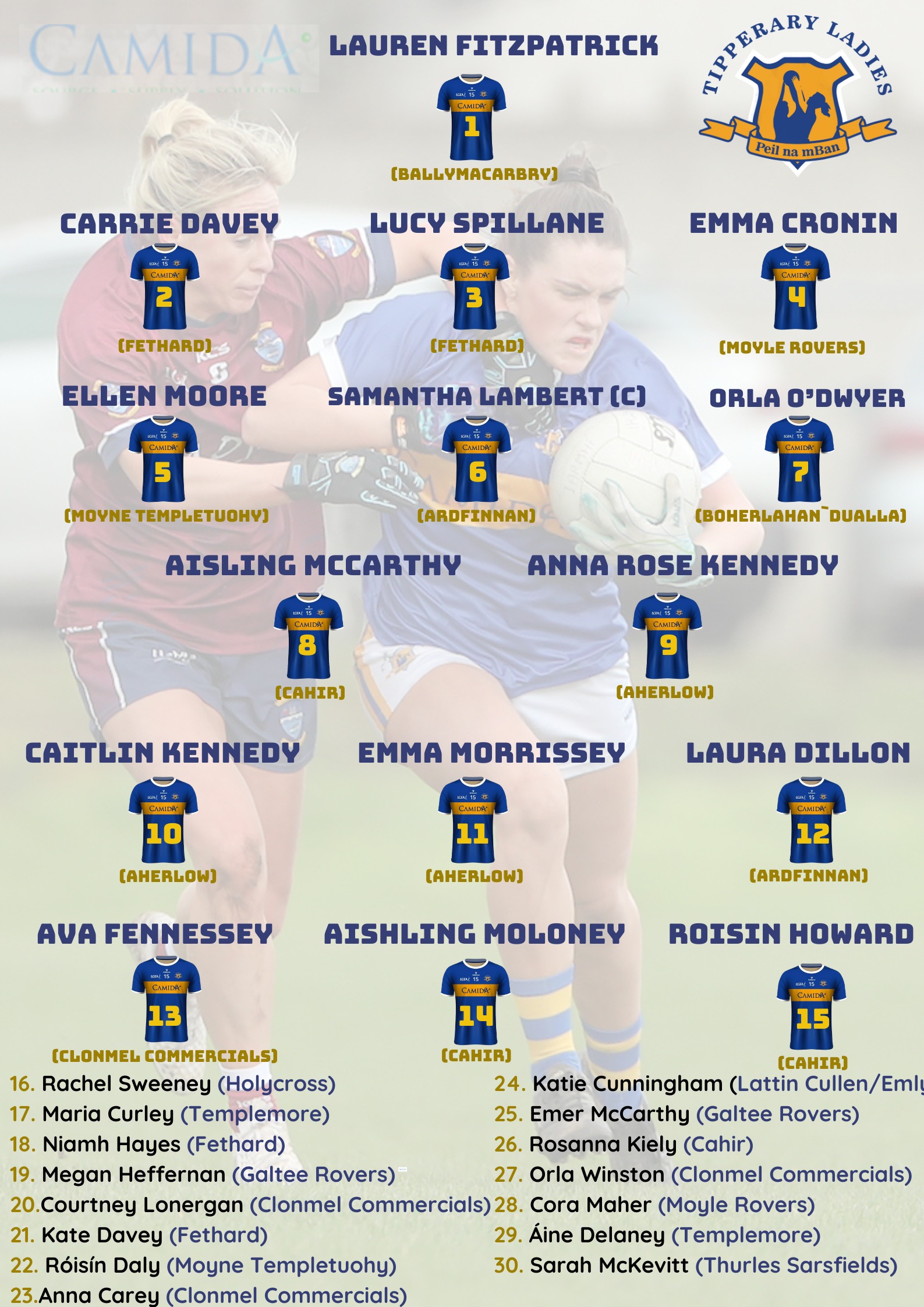 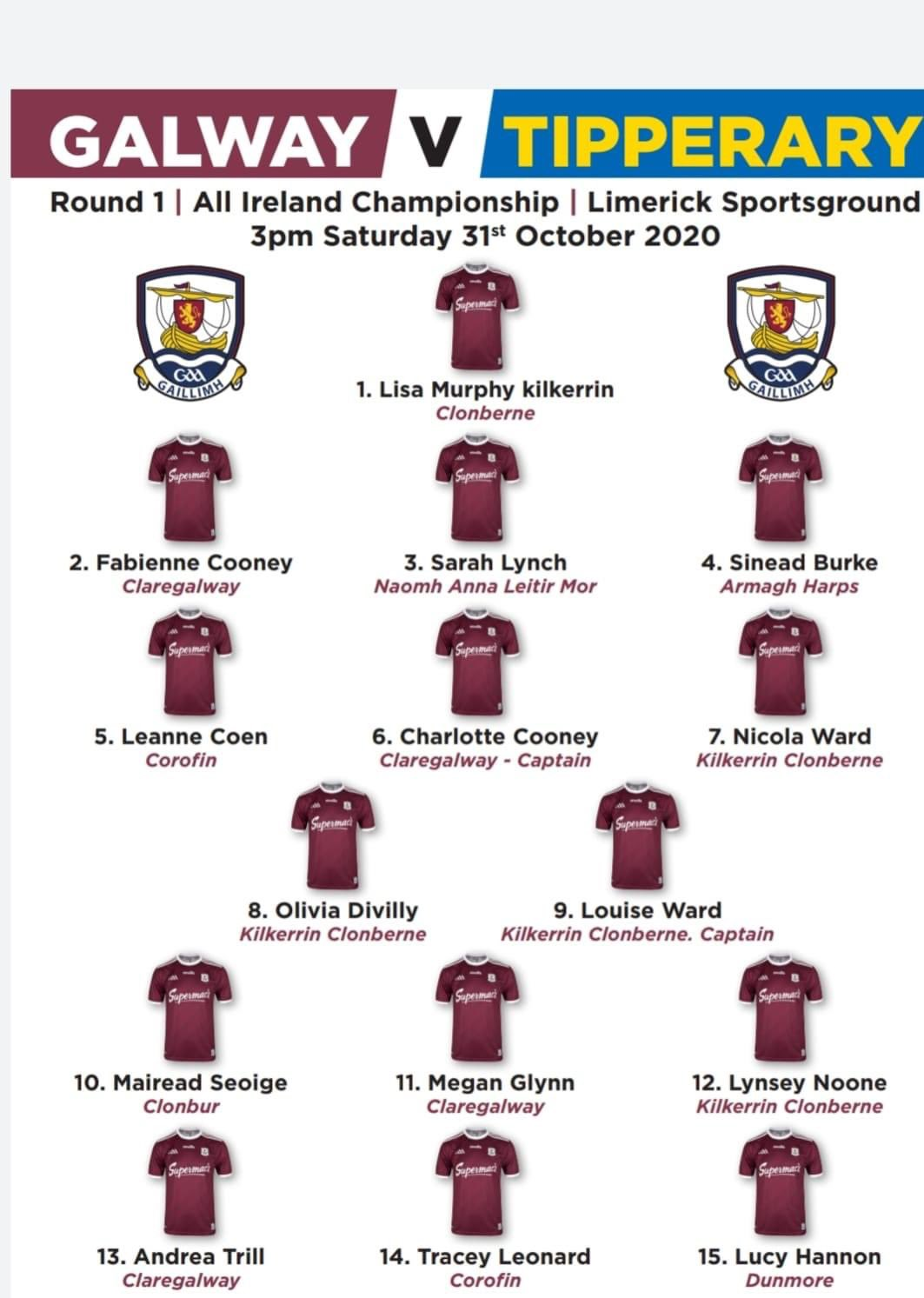 Aishling Moloney scored an inspirational 1-10 for Tipperary, but Galway held on for victory following a pulsating TG4 All-Ireland Senior Championship encounter at the Gaelic Grounds.

A first-half goal from Lucy Hannon was crucial for Galway, who built up an eight-point interval lead with the wind at their backs, and although Moloney punched to the net four minutes from time, Galway had enough of a lead built up.

Next weekend Tipperary must defeat Monaghan in the second Group 2 clash to have any hope of reaching the All-Ireland semi-finals, with just one team per group qualifying for the knock-out stages.

Armed with the advantage of the stormy conditions in the first-half Galway got off to a flying start and Tracey Leonard’s first of six first-half frees, was added to by Lynsey Noone and Olivia Divilly for a 0-3 to 0-0 lead after six minutes. 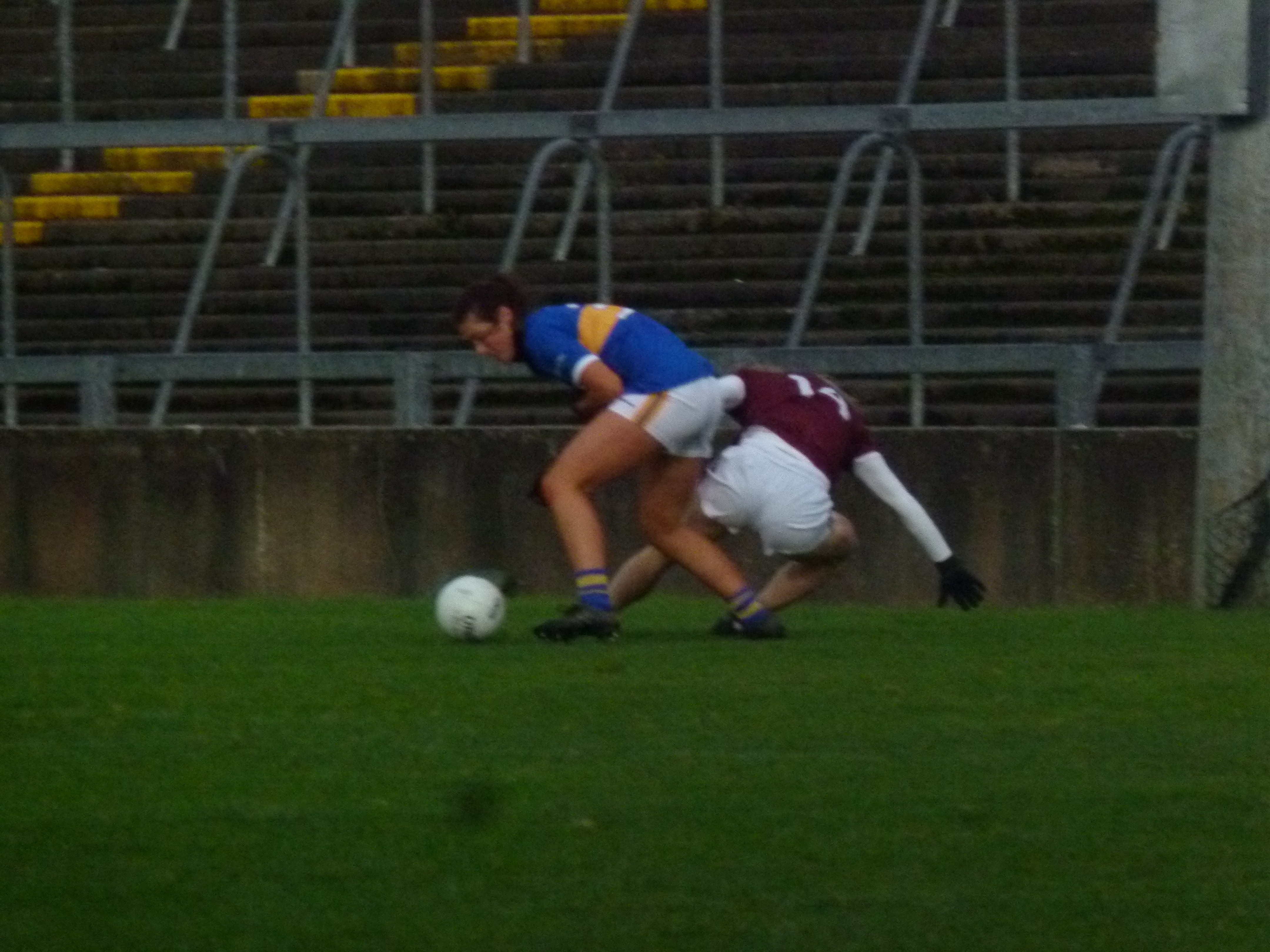 With full-back Lucy Spillane looking strong, Tipperary managed to hold Galway’s attack, and they finally impacted the scoreboard at the other end when Moloney was fouled and she kicked the free into the teeth of the wind after ten minutes.

Even with the wind behind them, Galway were happy to trickle forwards back into defence, and even Leonard popped up in front of her full-back line at times to add to the cover.

Moloney closed the deficit to one point with a great score from the right, but straight from the restart Galway struck. Lisa Murphy was excellent all day from her kickouts and she launched the attack, which eventually led to Louise Ward running and goal. The Kilkerrin/Clonberne player laid off the ball to Hannon and she fired the ball to the top corner for a splendid goal.

The loss of Samantha Lambert to a yellow card was a cruel blow for Tipperary after 16 minutes, but even a player short, the Munster side fought admirably. Two points in a row from Moloney and Caitlin Kennedy, meant the goal was all that separated the teams, but there was still a big kick in Galway before the interval. 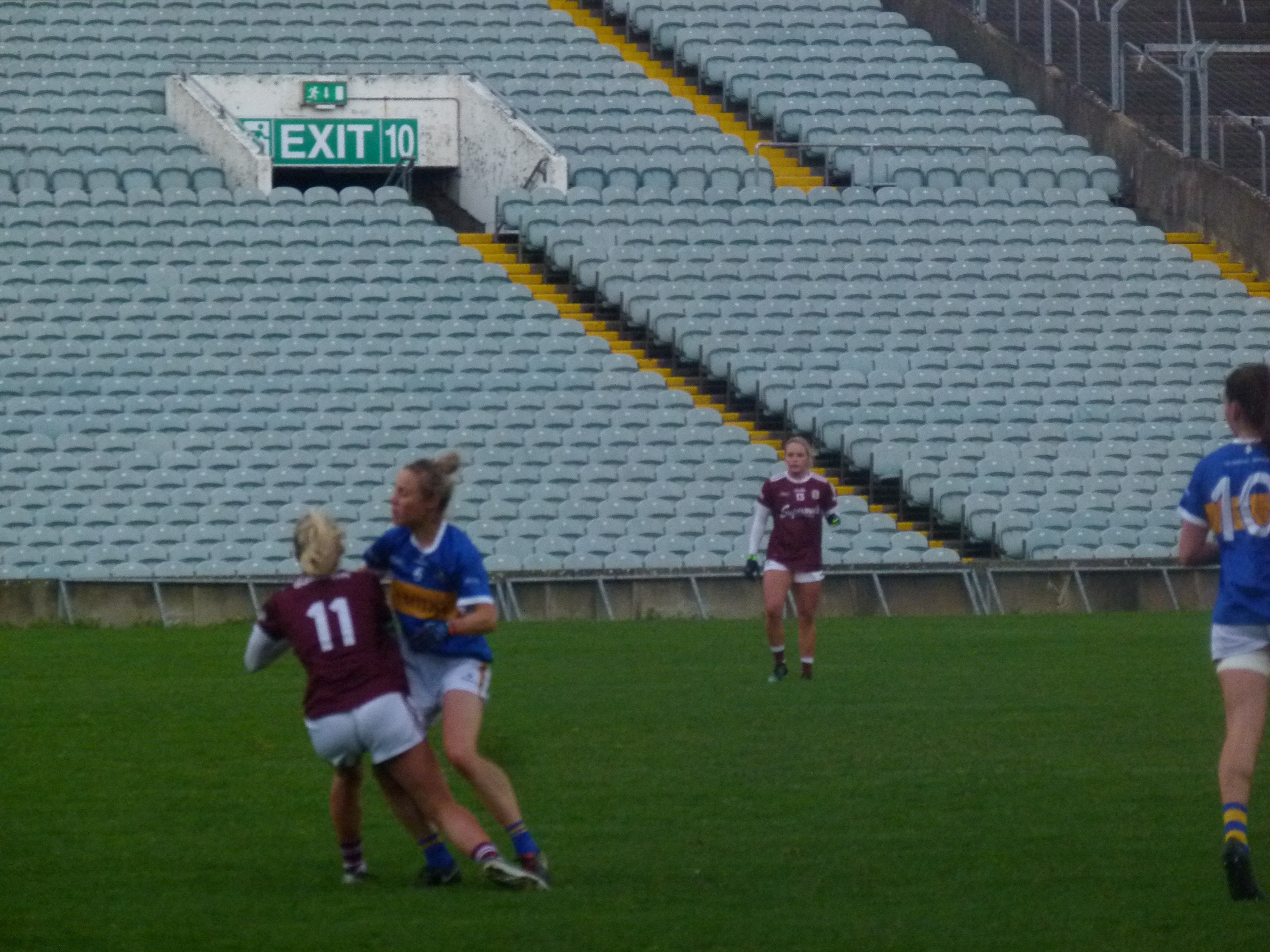 And it was led by Louise Ward as Tipperary failed to deal with her direct running down the middle of the defence. Galway scored five points in a row between the 23rd and 30th minutes, two of which were set up by Louise Ward, while her sister Nicola and Mairéad Seoighe also got kicked points as Galway led 1-10 to 0-5 at half time.

From the restart it was noticeable that the Tipperary forward had increased their intensity in the tackle, and those efforts were awarded with a great score from Orla O’Dwyer. 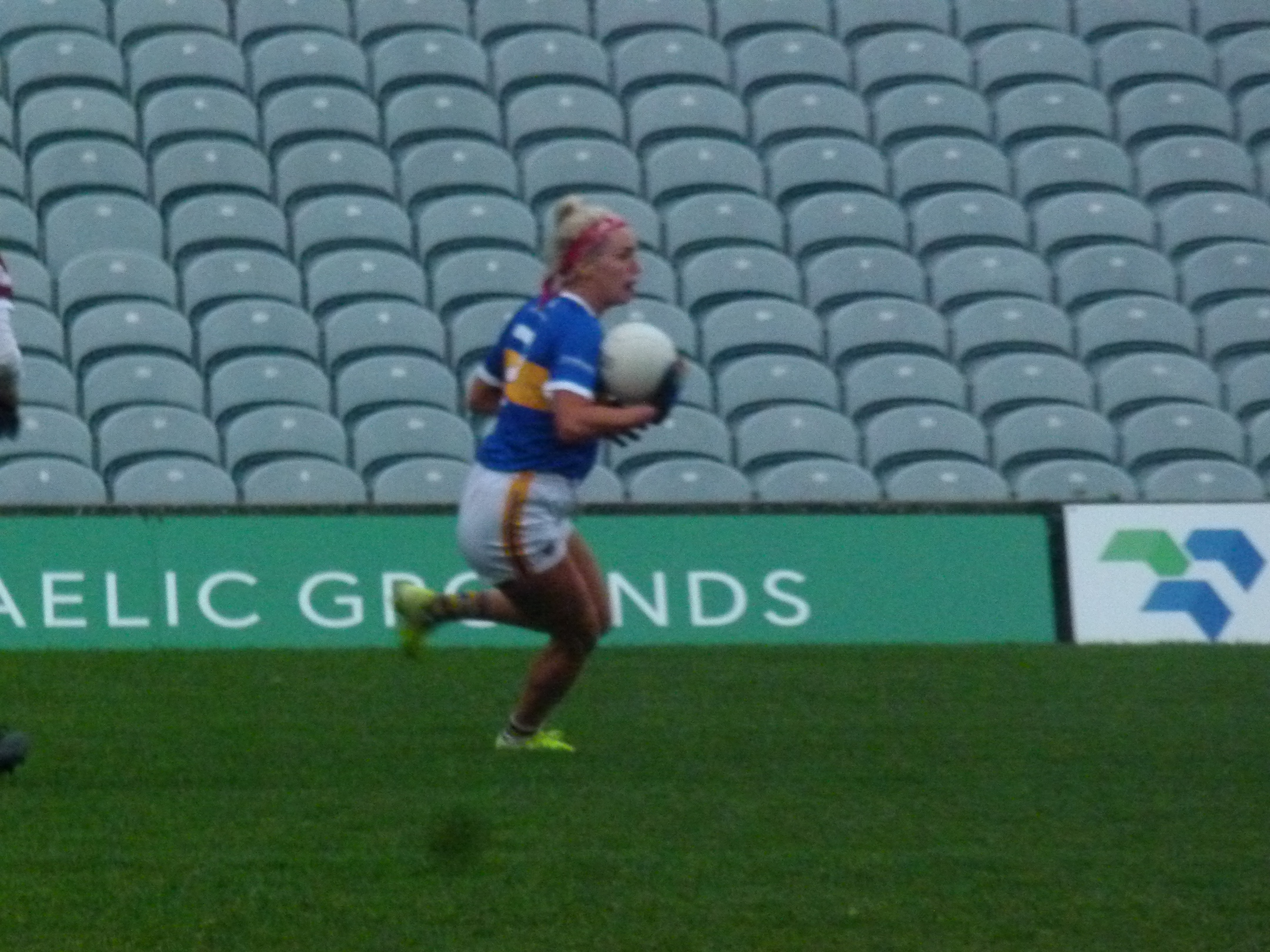 But at the other end Megan Glynn benefited from a Nicola Ward run to restore their half-time cushion.

Moloney was a massive threat from open play and from frees, and when Emma Morrissey weighed in with a point, Tipp had scored four of the last five points.

At the opposite end they had Fitzpatrick to thank for an excellent save that denied Glynn, and Moloney’s point in the 46th minute meant the Galway lead was cut to 1-12 to 0-11.

Fitzpatrick was on her toes again to deny Hannon, and when Moloney punched to the net with five minutes to go they only trailed by one point.

In the final minute it looked like Tipp would force a draw but a brilliant defensive turnover by Sinead Burke robbed them of the chance and Galway held on to win by the narrowest of margins. 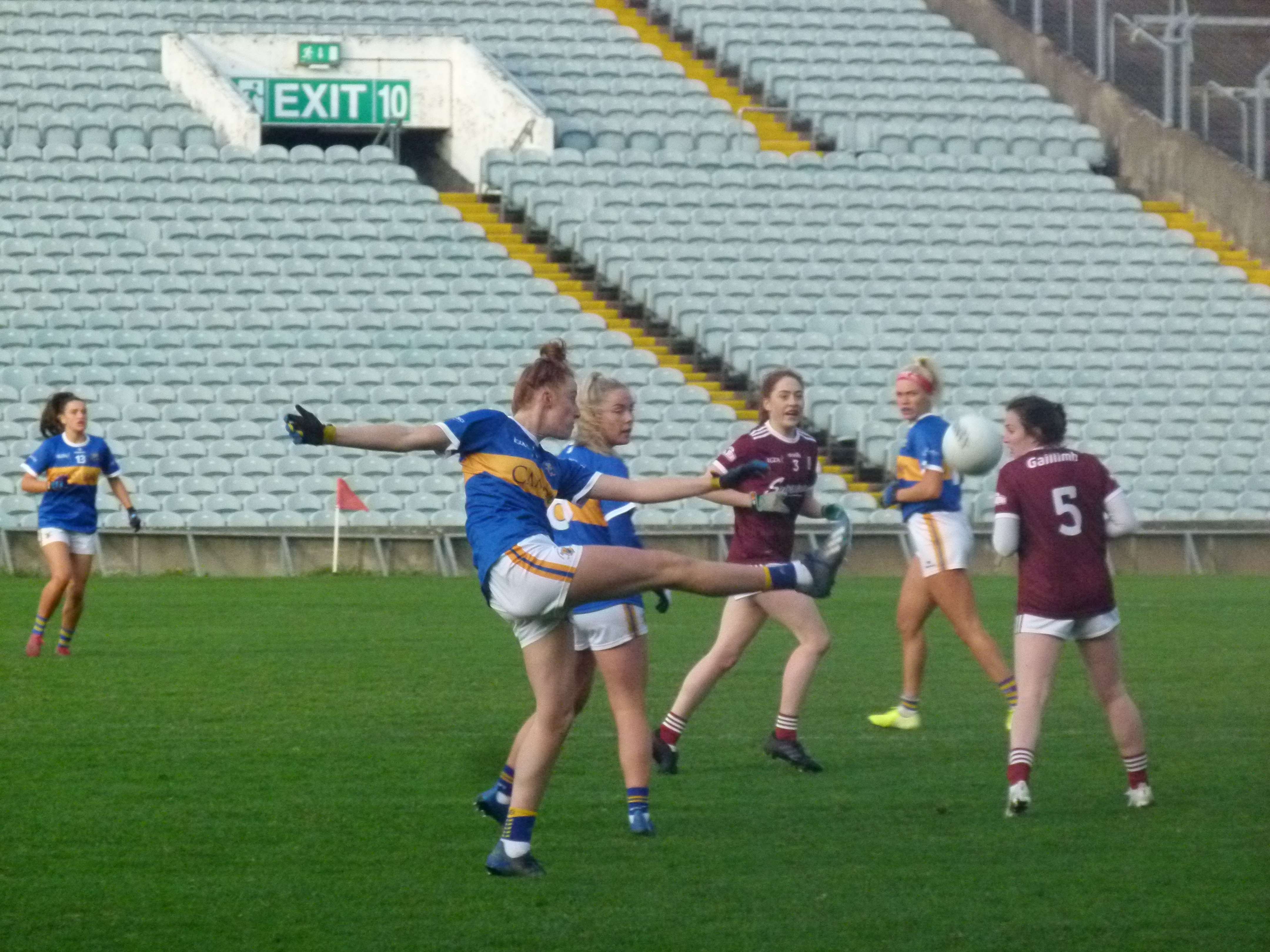 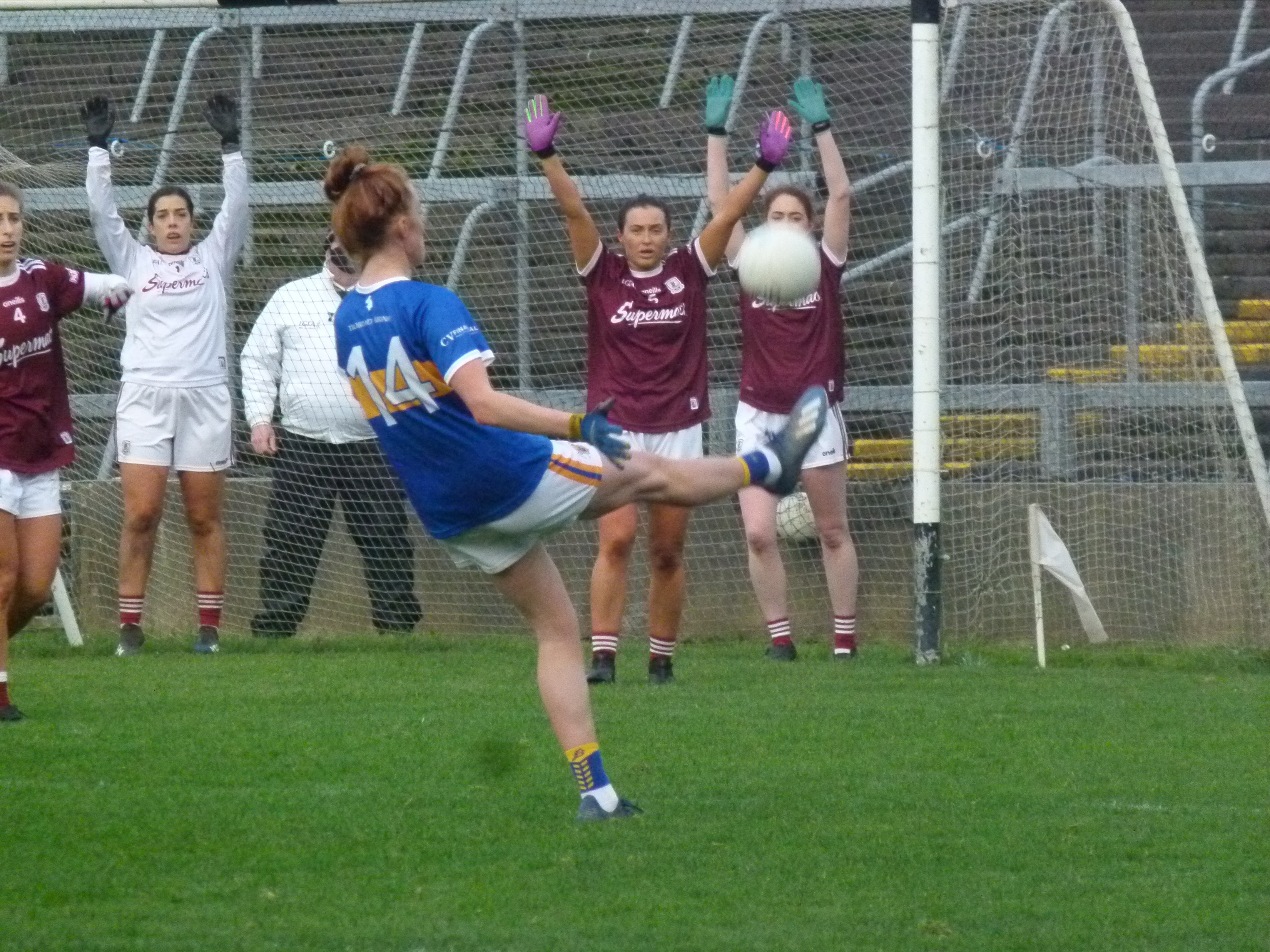 Interview with Player of the match Aisling Moloney 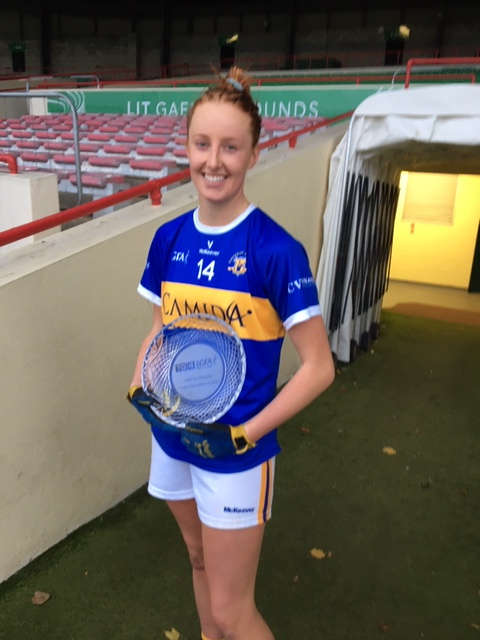