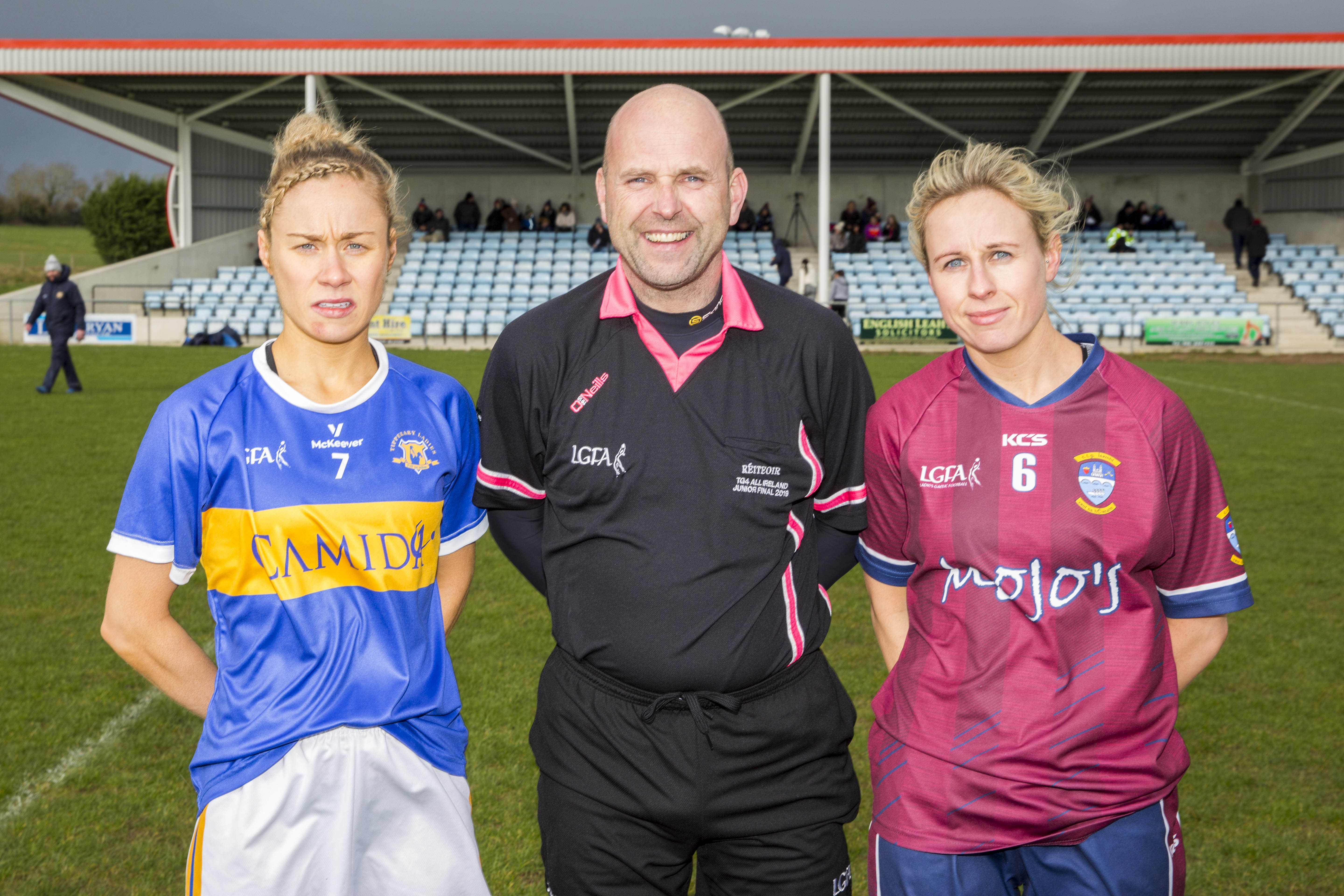 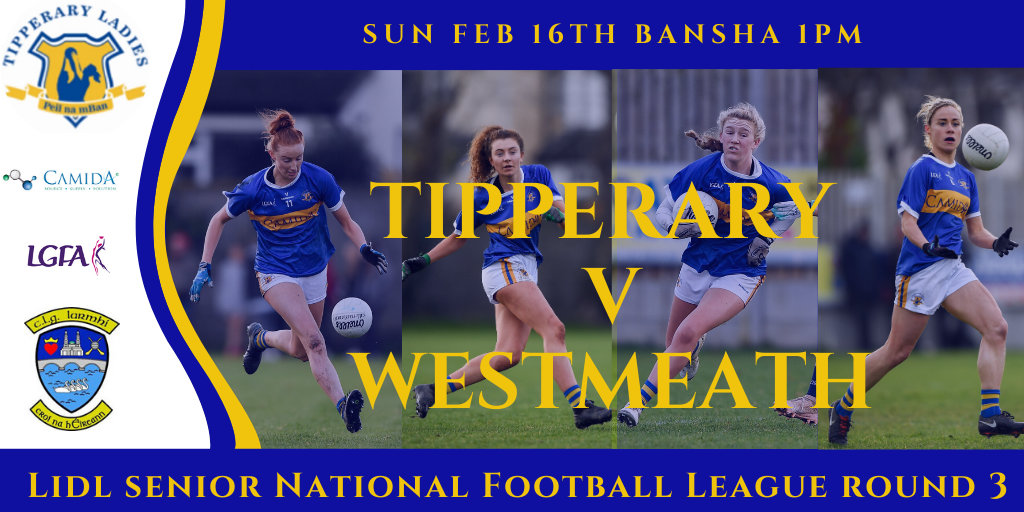 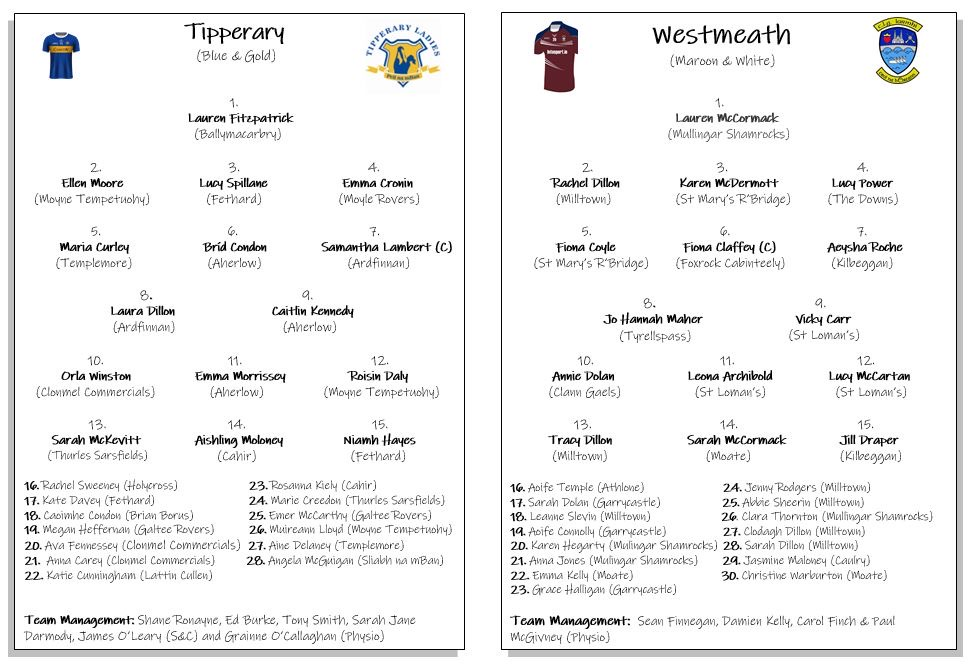 Tipperary battled their way past a strong and stubborn Westmeath effort to claim a vital win in Division 1 of the Lidl National Football League in a windswept Bansha.
Another outstanding individual performance from Tipperary's Aishling Moloney paved the way for the Premier ladies to claim the win in very tough conditions, as Storm Dennis played a big part in the quality of the game. (Photo Credit: Cahir Media) 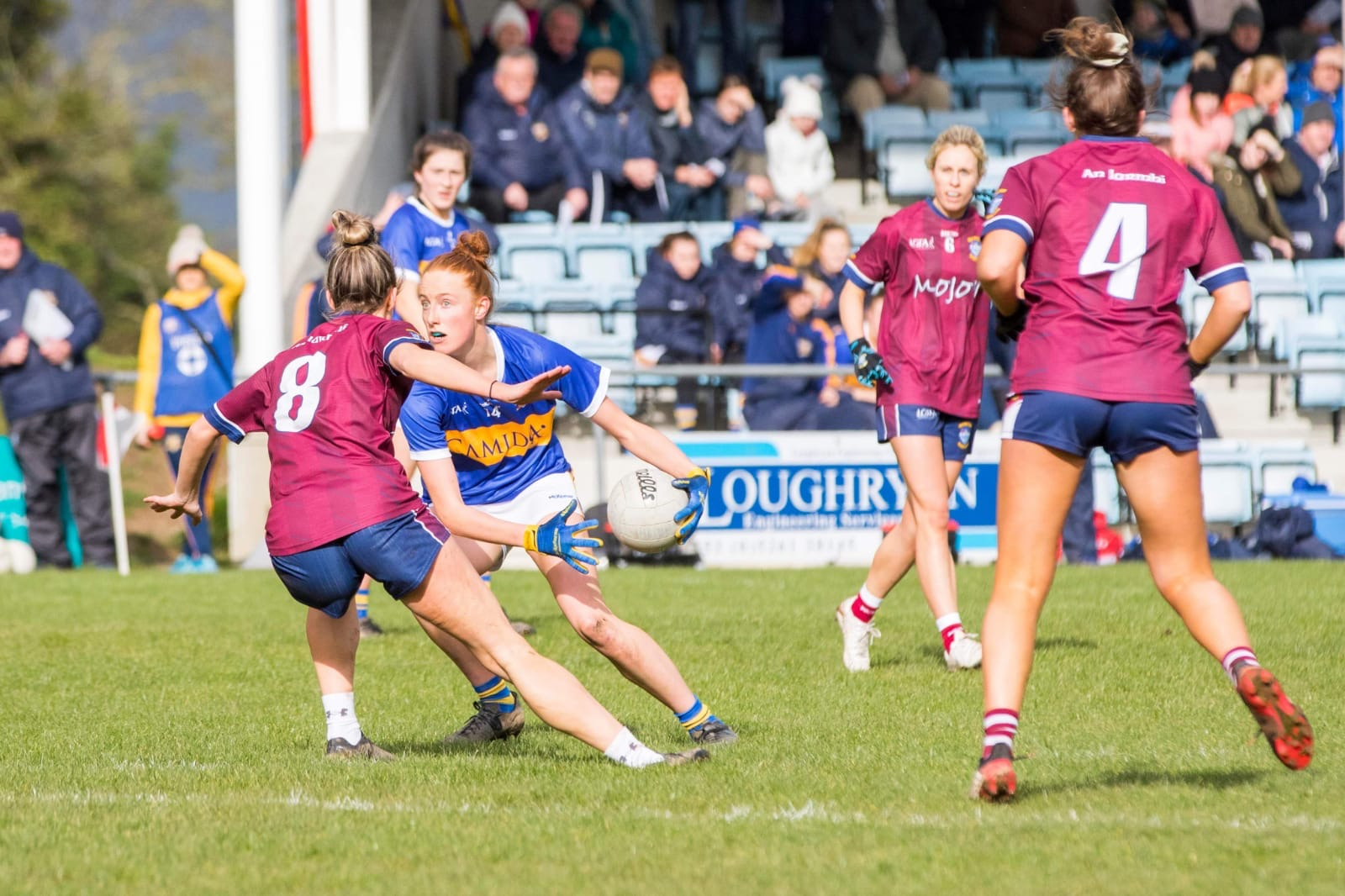 This game was extremely close throughout and with Tipperary opting to play against the breeze in the opening half, Westmeath needed to make most of their progress by the interval. However some wayward shooting proved to be their undoing as Tipp were far more economical in the scoring zone.
The home side started the brighter, with Moloney notching the first three points of the game inside 15 minutes, the latter of those scores a brilliant solo effort from close range into the teeth of a gale to underline her side’s solid start. (Photo Credit: Anois Photography) 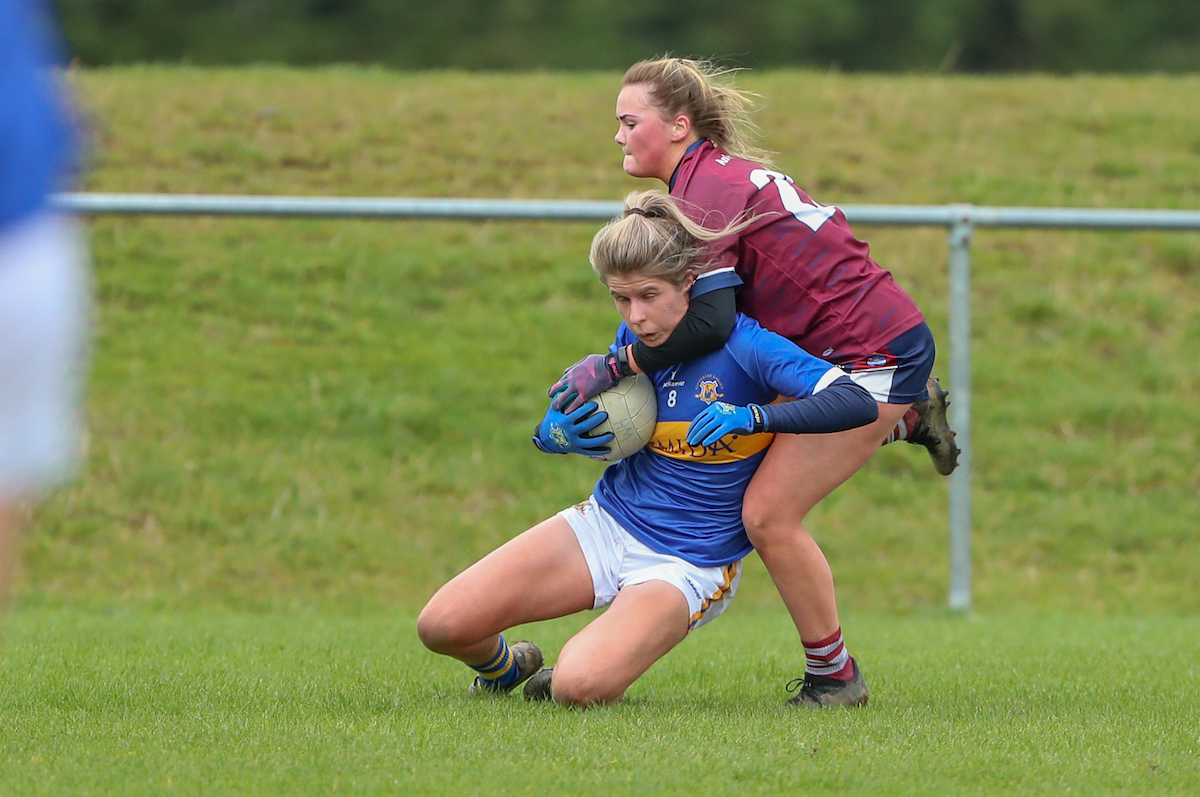 Westmeath were also creating chances, but the finishing of their forwards disappointed at times, and they had to wait until the 17th minute to register their first score, a pointed effort from a Leona Archibold free.

Moloney extended the Tipp lead back out to three points a few minutes later from a free, but Westmeath finished the half strongly, with Vicky Carr finishing off an excellent team move in the 27th minute, before Westmeath were awarded a penalty on the stroke of half-time and Archibold hit the net from the spot to give her side a slender one-point lead at the break, 1-2 to 0-4.

Tipperary would have been happy with their lot after playing against the elements in the first half, and they equalised soon after the resumption through the boot of Emer McCarthy as they looked to push on with the wind at their backs.
But Westmeath really dug in for the battle as Moloney and Archibold notched two placed balls each in the opening 15 minutes of the half, with both teams tackling ferociously while conditions deteriorated rapidly. 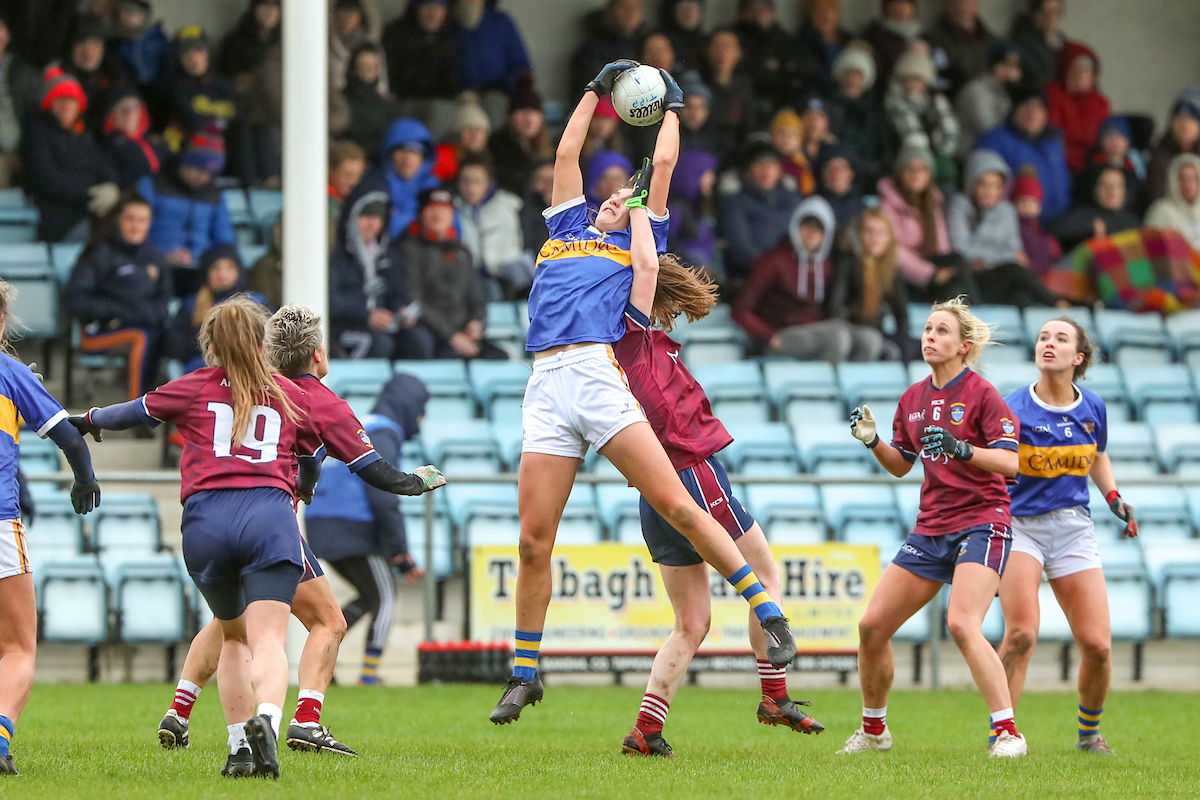 However, as she has done frequently in the past for Tipperary, Moloney raised her game and made the difference, landing two efforts from frees and a fantastic solo strike to give Tipp a three-point lead with two minutes to go. See Aisling's last free of the game 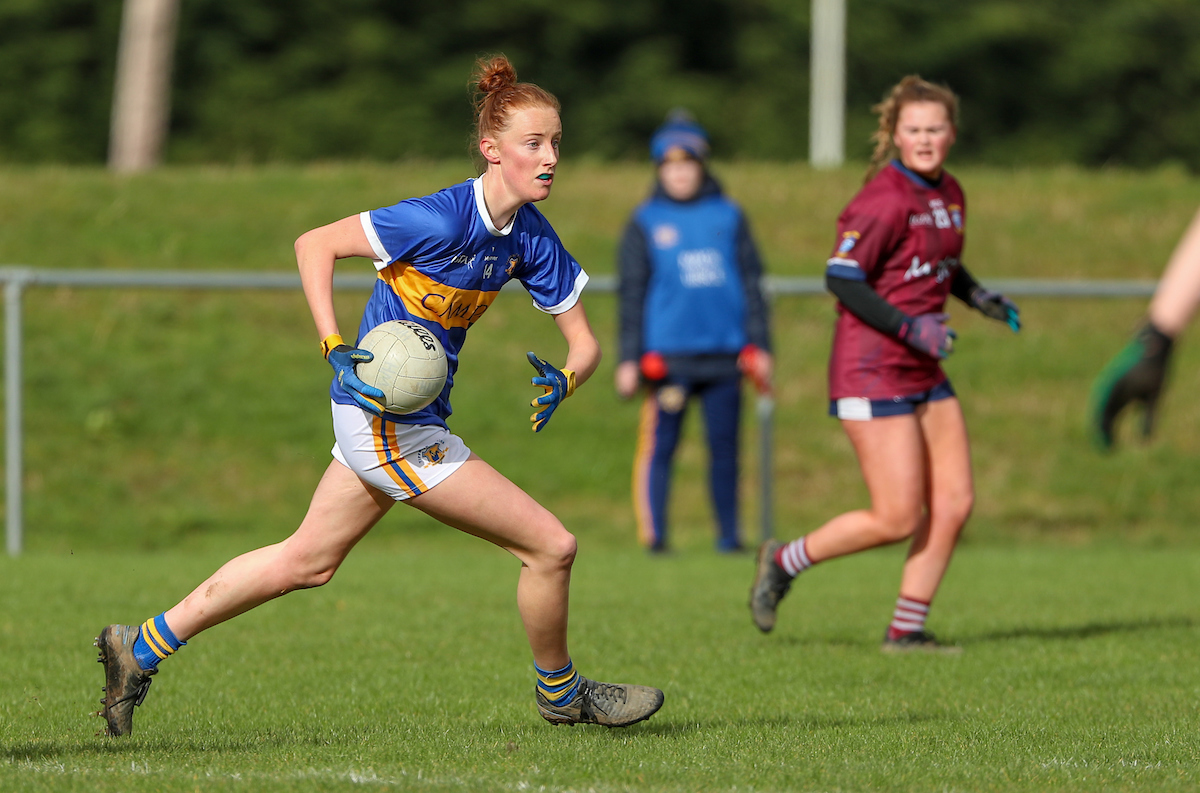 And despite scores from Vicky Carr and Archibold for Westmeath, Tipp managed to hold out for what could be a priceless win come the end of the league campaign.

Listen to Aisling Moloneys thoughts after the game. 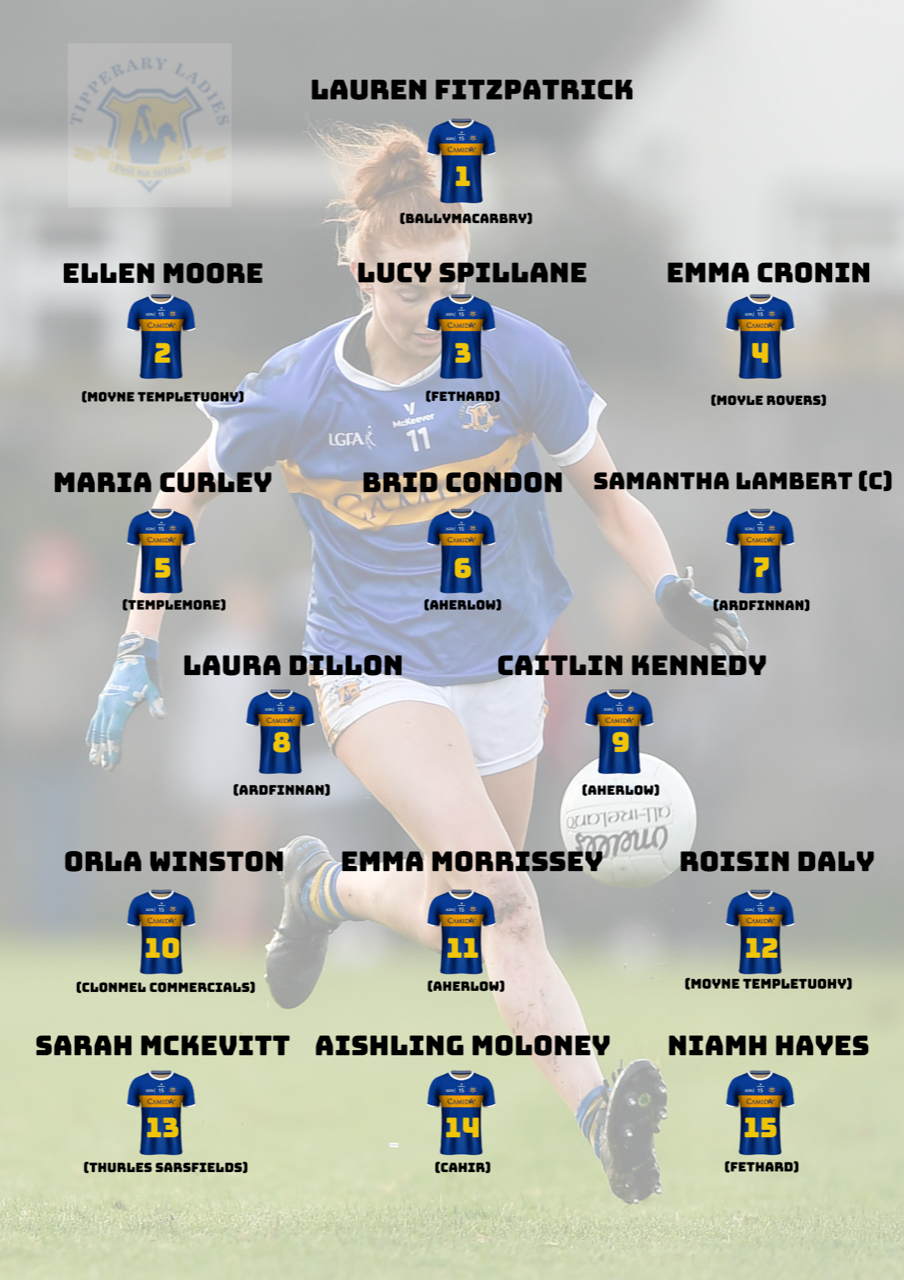