You are here: Home / NFL Division 1 Round 7 v Westmeath

Leanne Slevin hit the net twice as Westmeath’s ability to score goals at crucial stages proved crucial as they defeated Tipperary by a flattering ten-point margin in this Lidl Division 1 clash at Kinnegad.

The win was Westmeath’s second in the competition and sees them jump ahead of Tipperary into sixth position in the final standings.

Aisling Moloney put wind-assisted Tipperary in front with a point directly from the throw-in and Orla O’Dwyer added another within a minute. However, Westmeath settled and an unanswered 1-2 – the goal from a Slevin penalty in the seventh minute – put them three points to the good.

A great goal by Roisin Howard levelled the scoring at 1-3 apiece in the 12th minute and there was little to choose between the teams for the remainder of the first-half. An opportunist goal by Kelly Boyce Jordan in added-time helped the home team to a 2-5 to 1-6 lead at the break.

A goal from O’Dwyer within two minutes of the resumption of play edged the visitors in front. Westmeath regained the lead with a point each from Anna Jones and Slevin before O’Dywer pounced again for her side’s third goal. However, a rapid-fire brace of goals from Slevin and Vicky Carr respectively put the Lake County girls firmly in control by the end of the third quarter.

Westmeath lost influential midfielder Jo-Hanna Maher to the sin bin in the 43rd minute, but their fifth goal – a classy finish from close range by substitute Annie Dolan in the 53rd minute – removed any lingering doubt about the outcome. 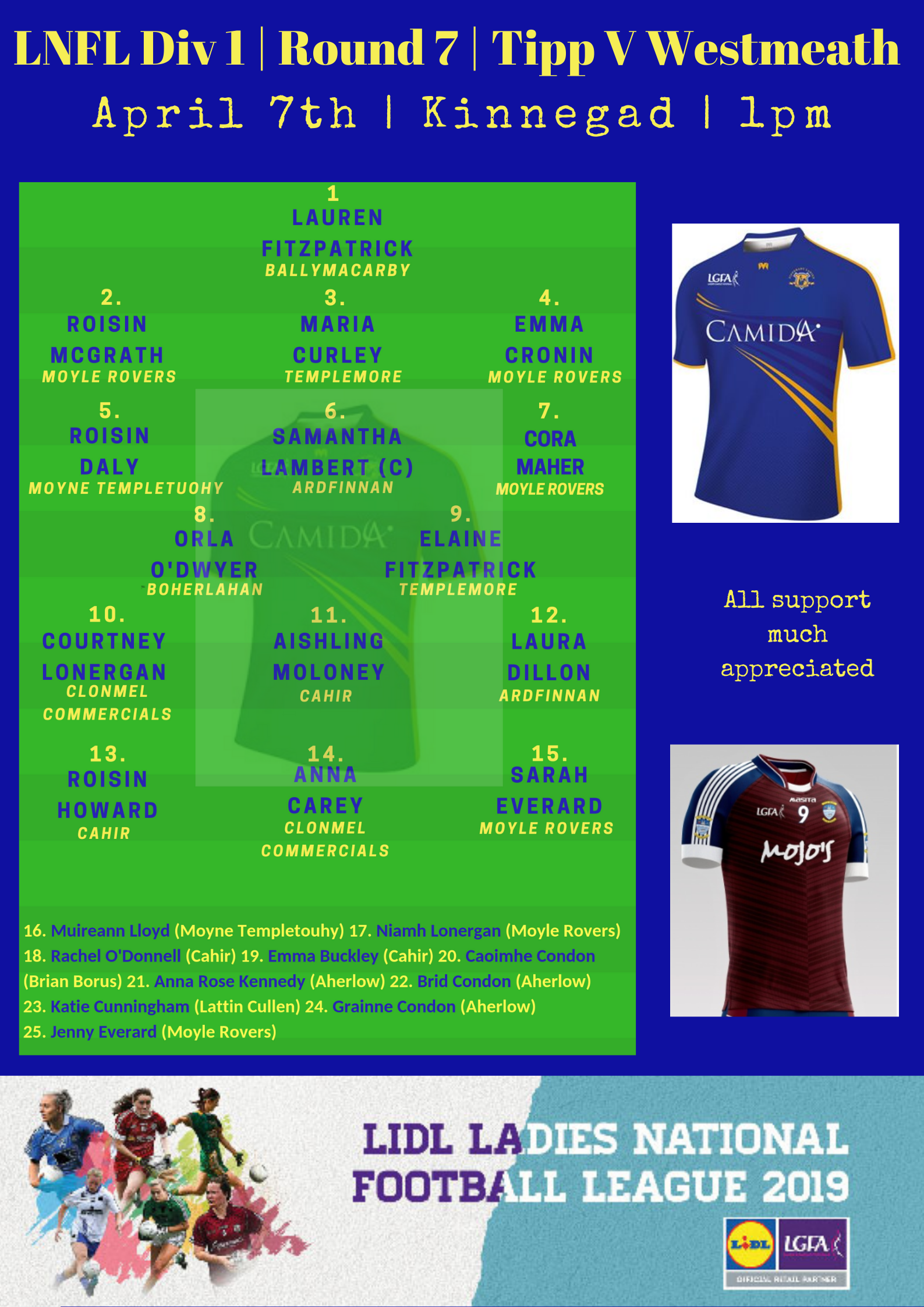