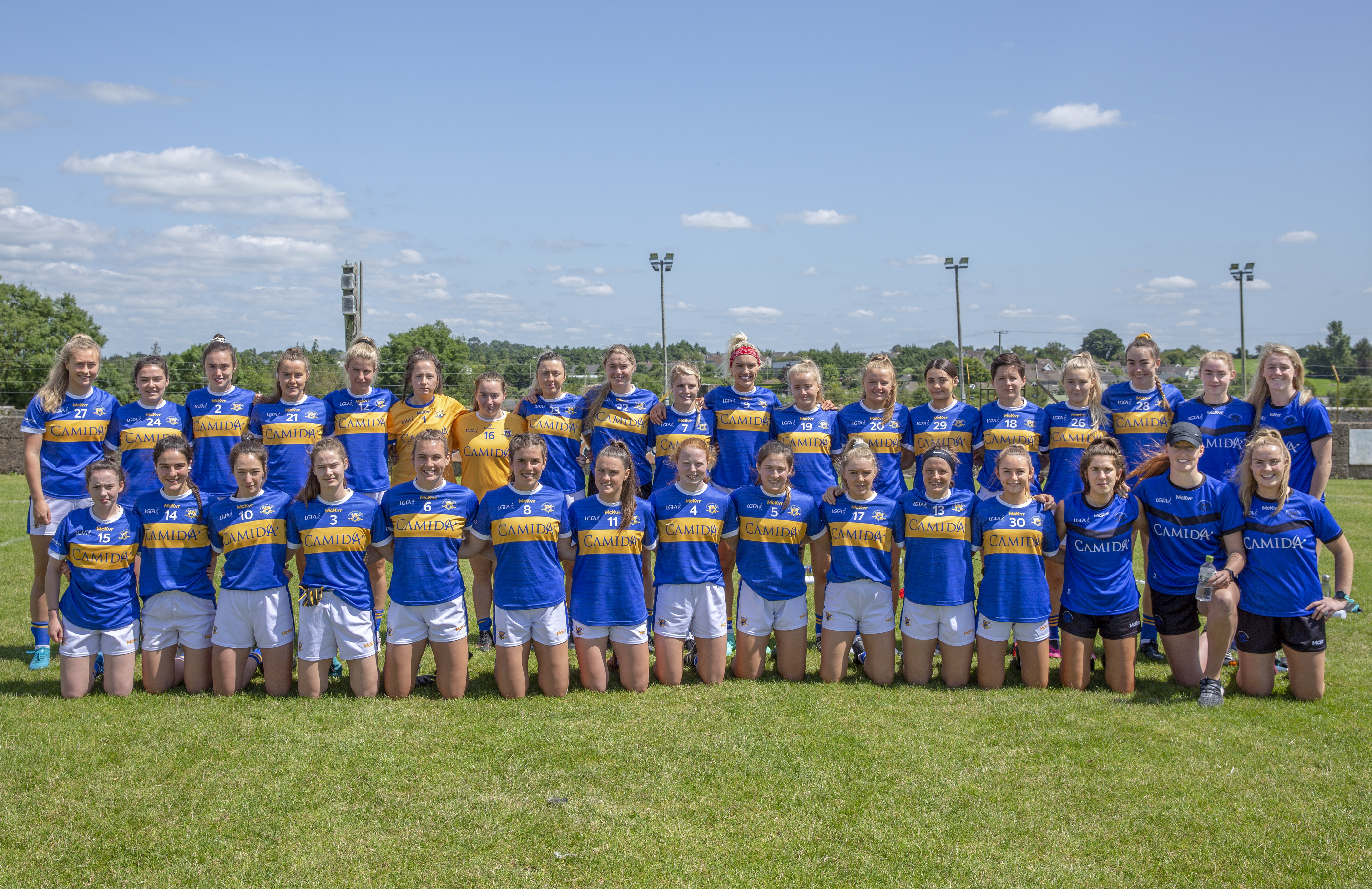 Eimear Scally scored 2-5 to help Cork into the quarter-finals of the TG4 All-Ireland Senior Championship following this win over Tipperary on July 16th.
There were only three points between the sides at half-time but four second-half goals saw Cork run out comfortable winners at Sean Treacy Park.
Scally opened the scoring from a free in the second minute with Ava Fennessy replying for the home side. Roisin Howard put Tipperary in front, before Áine O’Sullivan and Katie Quirke combined to set up Scally for Cork’s opening goal.

Fennessy and Angela McGuigan scored for Tipperary to see the sides level, before Cork missed three goal chances in five minutes. The first saw Ciara O’Sullivan’s effort come back off the crossbar, with Quirke hitting the post. Quirke then played Orlagh Farmer in and her effort was well saved by Lauren Fitzpatrick.
Howard put Tipp in front, while a brilliant run from Caitlin Kennedy set up Niamh Hayes to raise goal for Tipperary. But just before the water-break Quirke was fouled in the square and Scally slotted the penalty to make it 2-1 to 1-5.
Scally had the sides level from a free, only for Sadhbh O’Leary to put Cork back in front.
Áine O’Sullivan and Howard exchanged points and Scally got the last score of the half to see Cork lead 2-5 to 1-6.
Playing with the slight wind Cork started the second brightly with a Scally free. Áine O’Sullivan was on target again, while O’Leary scored to make it 2-8 to 1-6.
Half-time substitute, Aoibhe O’Shea scored Tipperary’s first of the half before two goals in 30 seconds put Cork in control.
Scally set up O’Leary for her first goal and from the restart Quirke played in O’Leary to score her second, for a 4-8 to 1-7 lead.
Doireann O’Sullivan announced her return from injury with a well-taken goal and her pass found Áine O’Sullivan for Cork’s sixth green flag as they marched on to the quarter-finals where they will face Tyrone or Waterford.

The Tipperary team who were defeated by Cork in the 2nd Round of the 2021 TG4 All Ireland Senior Ladies Football Championship in Sean Treacy Park, Tipperary on Saturday last. Cahir Media

Tipperary full back Maria Curley gets a block in on Cork Hannah Looneys shot. Cahir Media 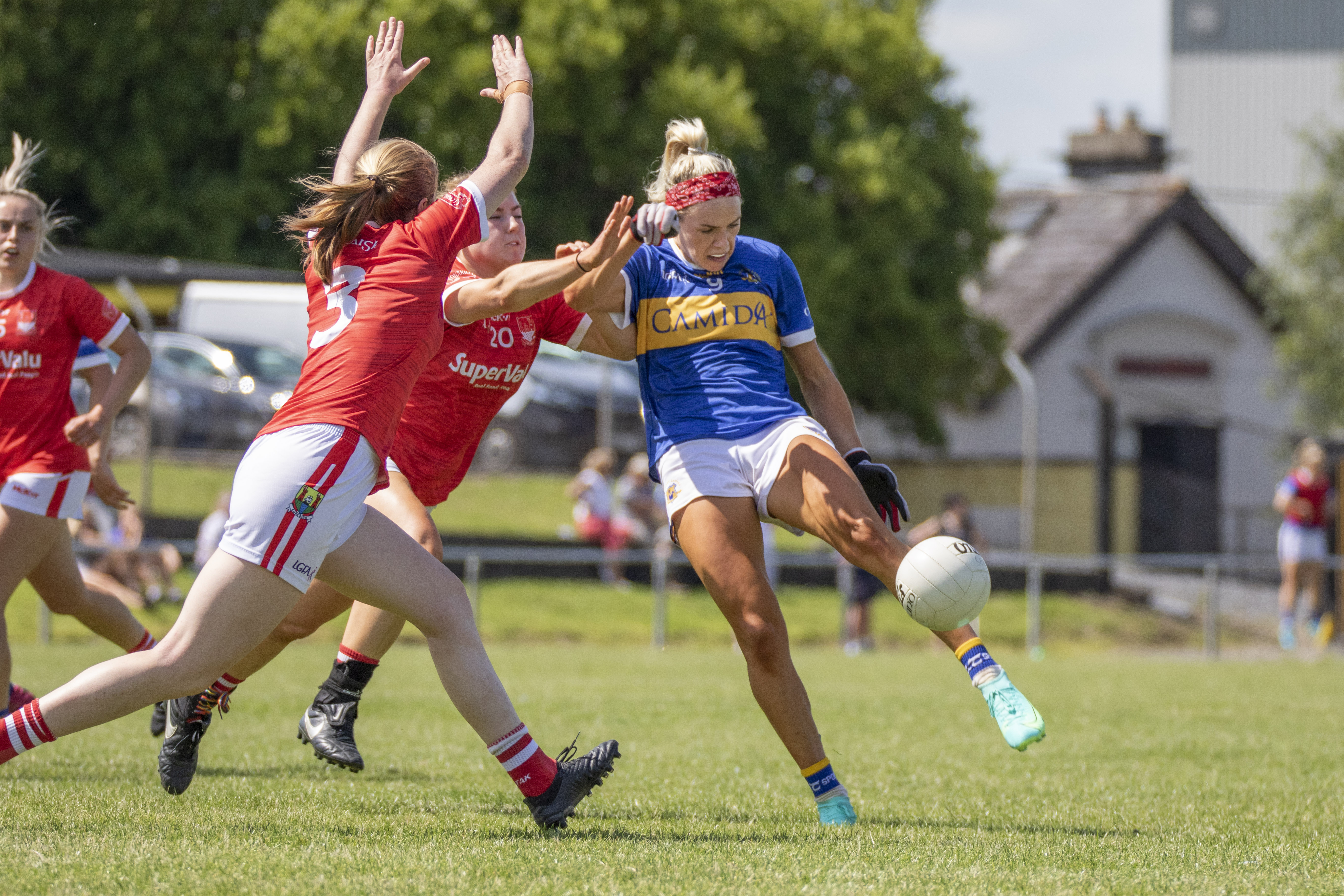 Tipperary's Orla O'Dwyer manages to get her kick despite the best intentions of the Cork defence. Cahir Media 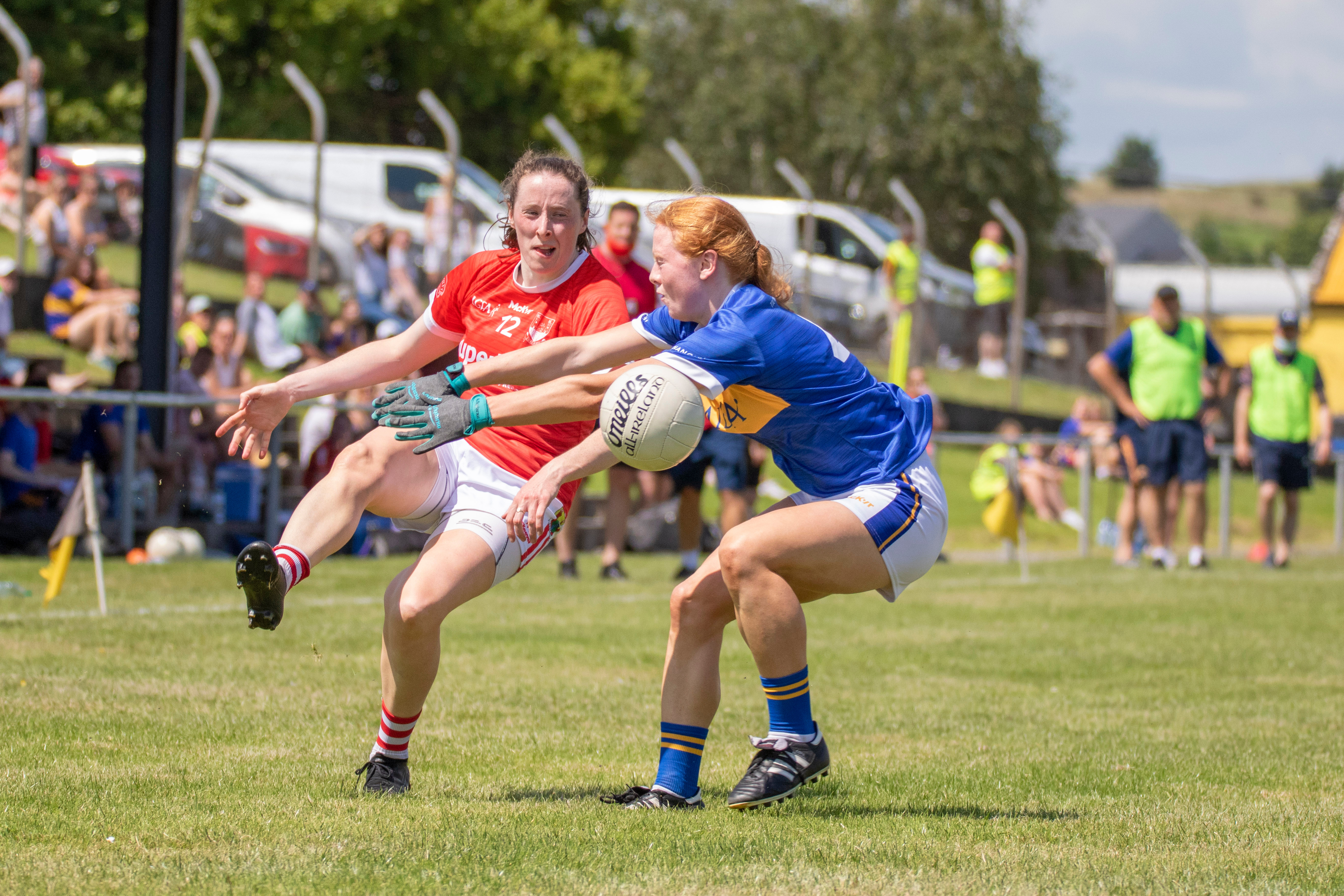