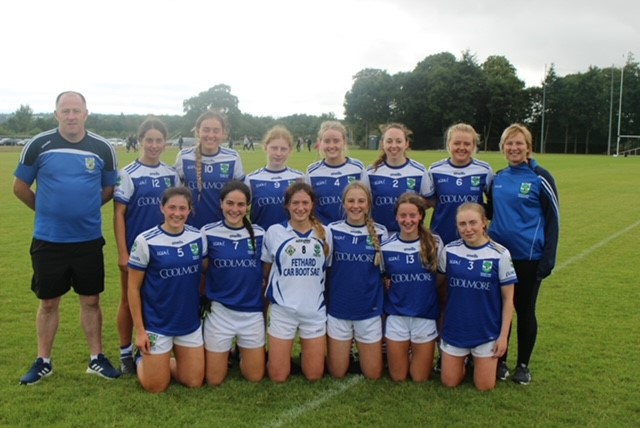 Fethard ladies football club were lucky enough to be accepted into the 2022 All lreland senior ladies football 7 aside at Naomh Mearnog GAA club in Portmarnock Dublin.
In the senior grade there was 4 groups of 5 teams with the top team in each group going into the Cup semi finals and the 2nd team in each group going to the shield semi final.
Included in Fethard's group was Ballinamore Sean O Heslins from Leitrim, Blessington from Wicklow, St.Brigids from Roscommon and Bryansford from Down.
The first group game was against Ballinamore Sean O Heslin and in a tight game Fethard came out on top, 3-09 to 3-06.
Next up was Blessington and this time Fethard came out on top 3-08 to 3-02.
The 3rd game was against a very impressive looking Bryansford team who had scored 14 goals in their first 2 games, however in an excellent game Fethard came out on top at the finish 5-09 to 4-08.
This result meant regardless of the result in the last group game the girls had qualified for at worst the All Ireland shield semi final and a win in the last group would qualify the girls for the cup semi finals.
St.Brigids were the last group game opponents and even though bodies were starting to ache another good display from the Fethard girls ensured they went through to the cup semi finals winning 4-11 to 3-05.
The semi final was against Clann Eireann from Armagh who topped their group which included teams from Corofin from Galway, St.Laurences from Kildare, Donaghmoyne from Monaghan and Clann Na Gael from Roscommon.
Clann Eireann got off to a great start playing some of the best football we witnessed all day and it was looking like their would be only 1 winner however the Fethard girls refused to wilt and by half time had reduced the deficit to a manageable 2 points.The 2nd half was nip and tuck the whole way but when it mattered most the girls ground out an impressive 2 points victory against their dejected Northern opponents to qualify for the All Ireland 7 aside Cup final.

Their opponents in the final were the reigning All Ireland senior club champions winners in 2021 Kilkerrin Clonberne from Galway. 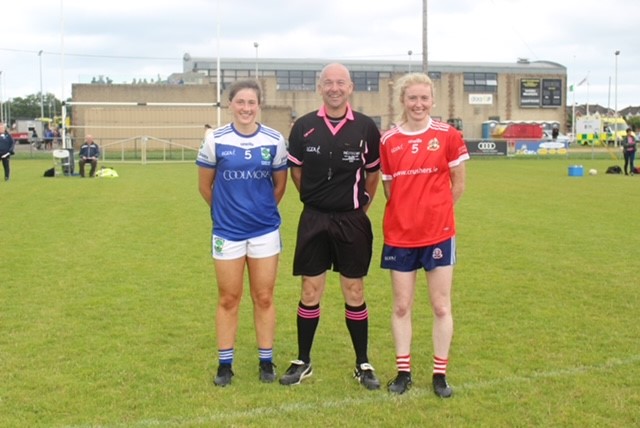 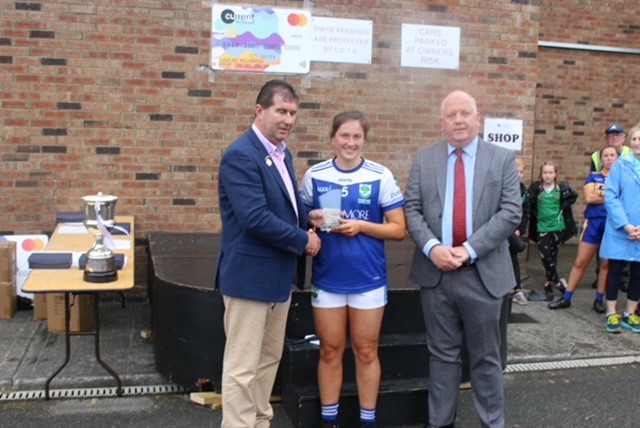 While no one wants to lose an All Ireland final their was nothing but admiration for the Fethard girls from everyone who complemented the girls on their efforts all days against the cream of ladies football teams from all over the country.
The ability of a star studded Kilkerrin Clonberne team which included 10 of the Galway senior ladies football panel including sisters and All star winners Nicola and Louise Ward to get goals and their greater experience proved the difference against a youthful Fethard team who are the only team from Tipperary to reach the All Ireland 7 aside Cup or Shield final in the last 37 years since it started back in 1985. 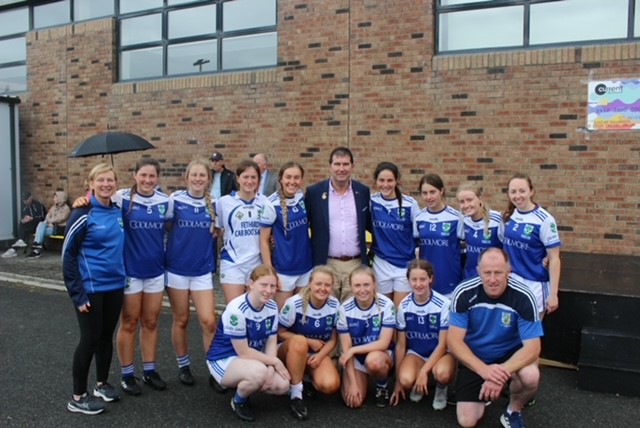