Fethard Triumph at Senior A

You are here: Home / Fethard Triumph at Senior A

Fethard Triumph at Senior A 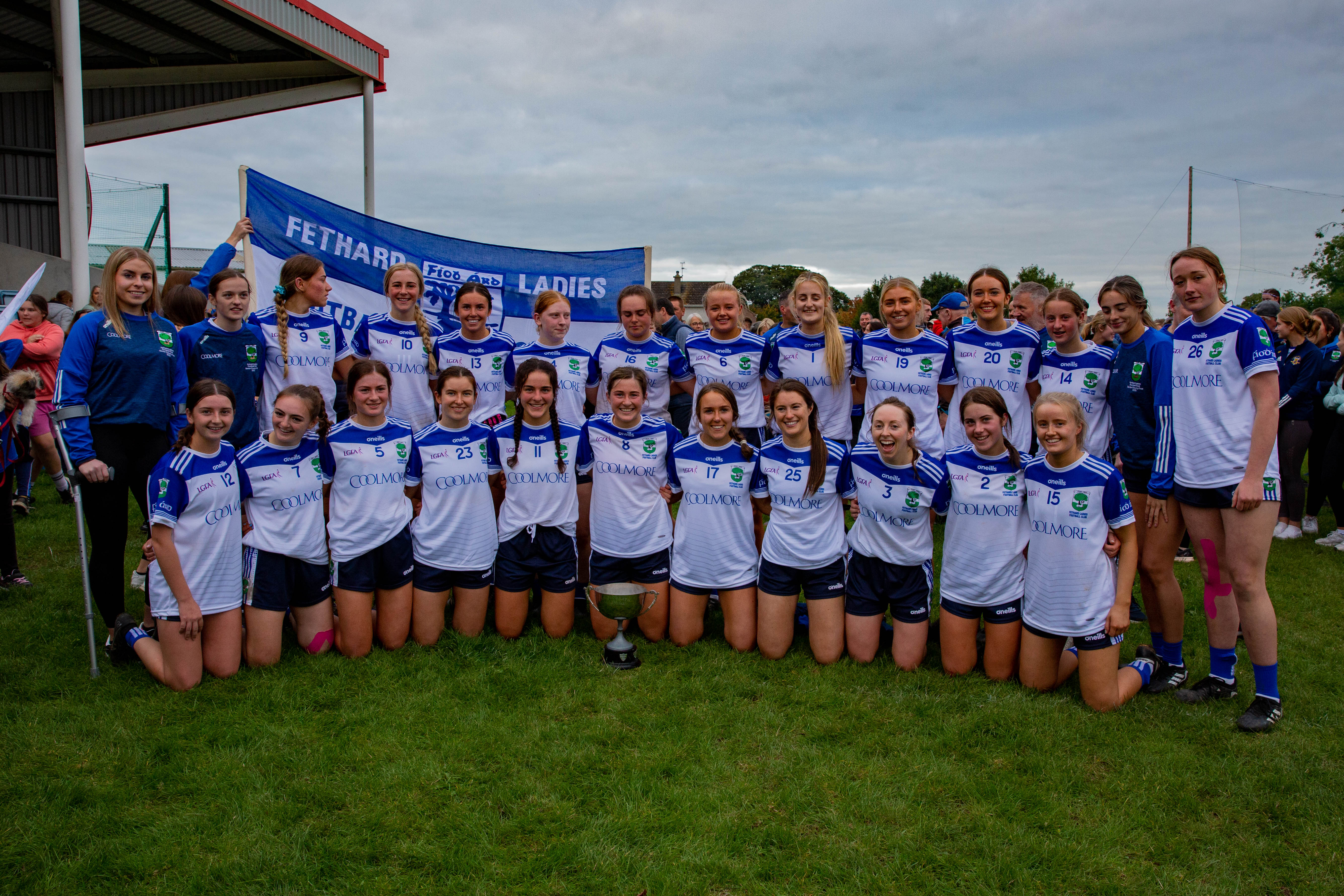 Fethard’s ladies footballers made history last Sunday when they won the Camida County Senior A Football Championship for the very first time, beating Brian Borus in a thrilling final played before a large attendance in Bansha. 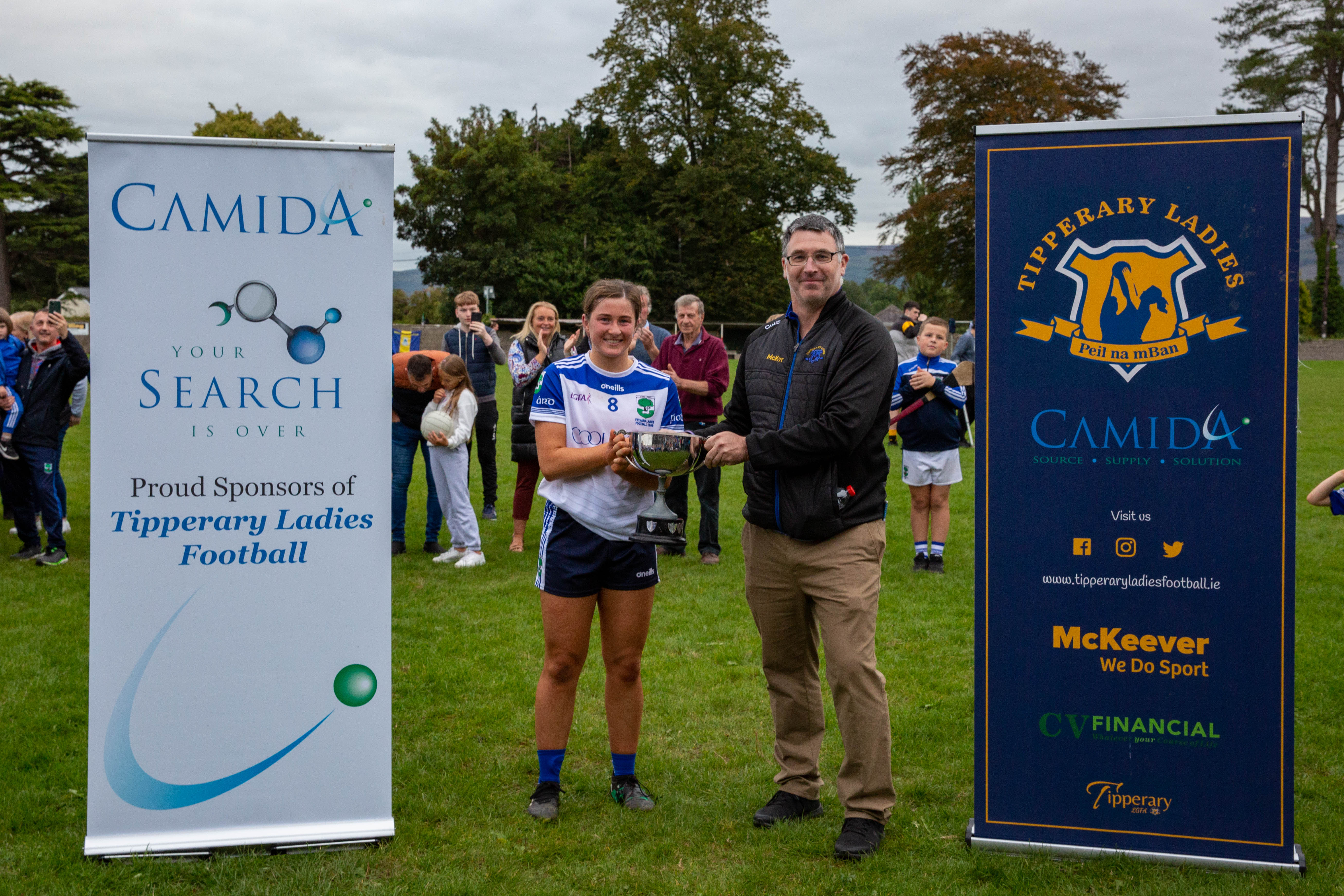 Both teams are to be complimented on the fine display of open running football that swung from end to end, with the result just going to the young Fethard team.
Their display of fast, counter-attacking football was a joy to behold but the experienced Brian Borus nearly brought the game to extra-time with a great goal from their top scorer on the day, Patricia Hickey, who was set up by the pass of the day, delivered almost from the corner flag, by Caoimhe Condon.
However, one last Fethard attack was set up by Kelly Ryan, and when Emaleigh Cuddihy was fouled on the 30 metre mark the cool Kate Davey scored from a free to wrap up their first-ever senior football county title since the foundation of the club championship in 1974. 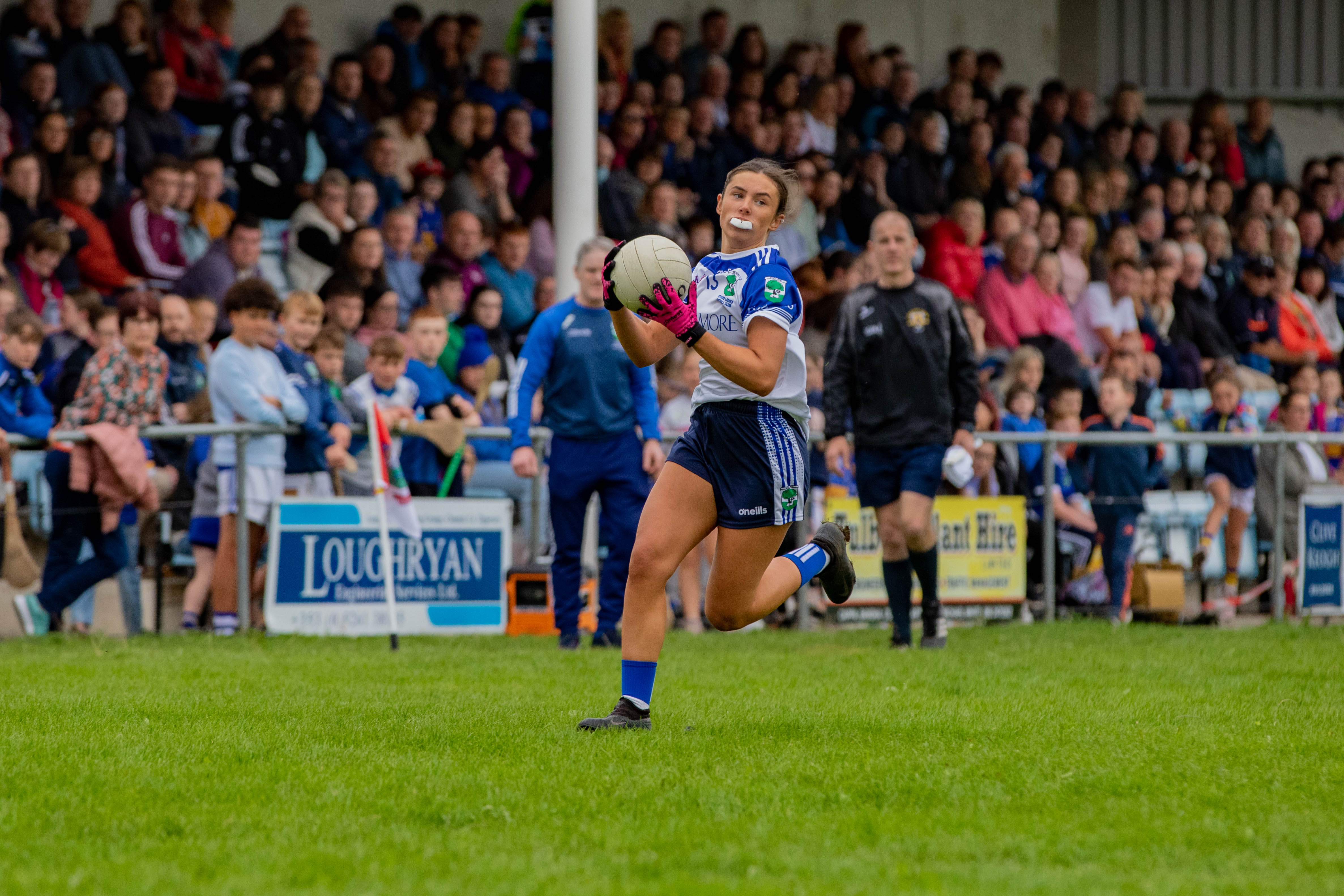 The game started at a lively pace, with Fethard attacks resulting in two points from the boot of Meah Cuddihy.
Brian Borus then got a grip of the midfield, dominating the next seven minutes when they scored 1-3. The goal was brilliantly set up by Caoimhe Ryan’s pass to Jennifer Grant, their best player on the day, and when she played a pass to Sarah English she made no mistake in shooting past Aoife Morrissey.
The points were scored from play by Eimear Myles and Caoimhe Condon, with the third coming from a free by Patricia Hickey, leaving Borus very much in command.
Kate Davey from a free pulled one back to leave the score at the end of the first quarter Brian Borus 1-3 Fethard 0-3.
For the next ten minutes Fethard upped the pace and ran at the Borus defence in droves, a spell that yielded three points, two from Kate Davey frees and the third from the hand of Leah Coen.
Patricia Hickey scored a point from a free for Borus.
Fethard bounced back to dominate the remainder of the half, launching attack after attack and scoring 1-4.

The goal came from a great run up field by Kelly Ryan, who linked up with Alison Connolly and Kate Davey, who found Nicole Delaney with space to finish to the net.
Then Kate Davey scored a point from a free, followed by three points from play; the first from an excellent run from Lucy Spillane, who picked out her sister Emily to score; the second came from a Leah Coen solo and the third was the first from play for Kate Davey.
Patricia Hickey pulled a point back for Borus from a 20 metre free to leave the half- time score Fethard 1-10 Brian Borus 1-5.
Borus moved Jennifer Grant to midfield and she excelled during the second half.
Fethard were first to score with two points, a great individual effort from Niamh Hayes, who was set up by Carrie Davey, and a free by Kate Davey in the 38th minute.
Patricia Hickey scored a point from a free for Brian Borus and almost immediately Fethard missed a goal chance with a shot that went inches wide.
In the 42nd minute Kate Davey added a point from a free but for the next three minutes Brian Borus got into their stride.

They had a point from a free by Patricia Hickey before Caoimhe Condon, on one of her runs forward, found herself on the end of a great movement set up by Jennifer Grant to kick home an excellent goal, leaving the score at the end of the third quarter Fethard 1-14 Brian Borus 2-7.
Fethard were next to score when Nicole Delaney scored a point, the chance created by Nell Spillane.
Then came two points from play for Borus from Eimear Myles and Isobel O’Donnell, bringing the margin down to a goal, with end to end attacks as the excitement increased.
With time almost up Brian Borus found the net through Patricia Hickey on their last attack.
With extra-time looming, Kate Davey converted a free to put the seal on a famous victory for Fethard.
This was a tremendous team performance by Fethard in which the four Spillane sisters, the two Cuddihy sisters and the two Davey sisters, as well as Kelly Ryan, Alison Connolly, Nicole Delaney and Niamh Hayes all stood out.
It was a heartbreaking defeat for Brian Borus, who were also beaten in last year’s final when they lost to Aherlow. 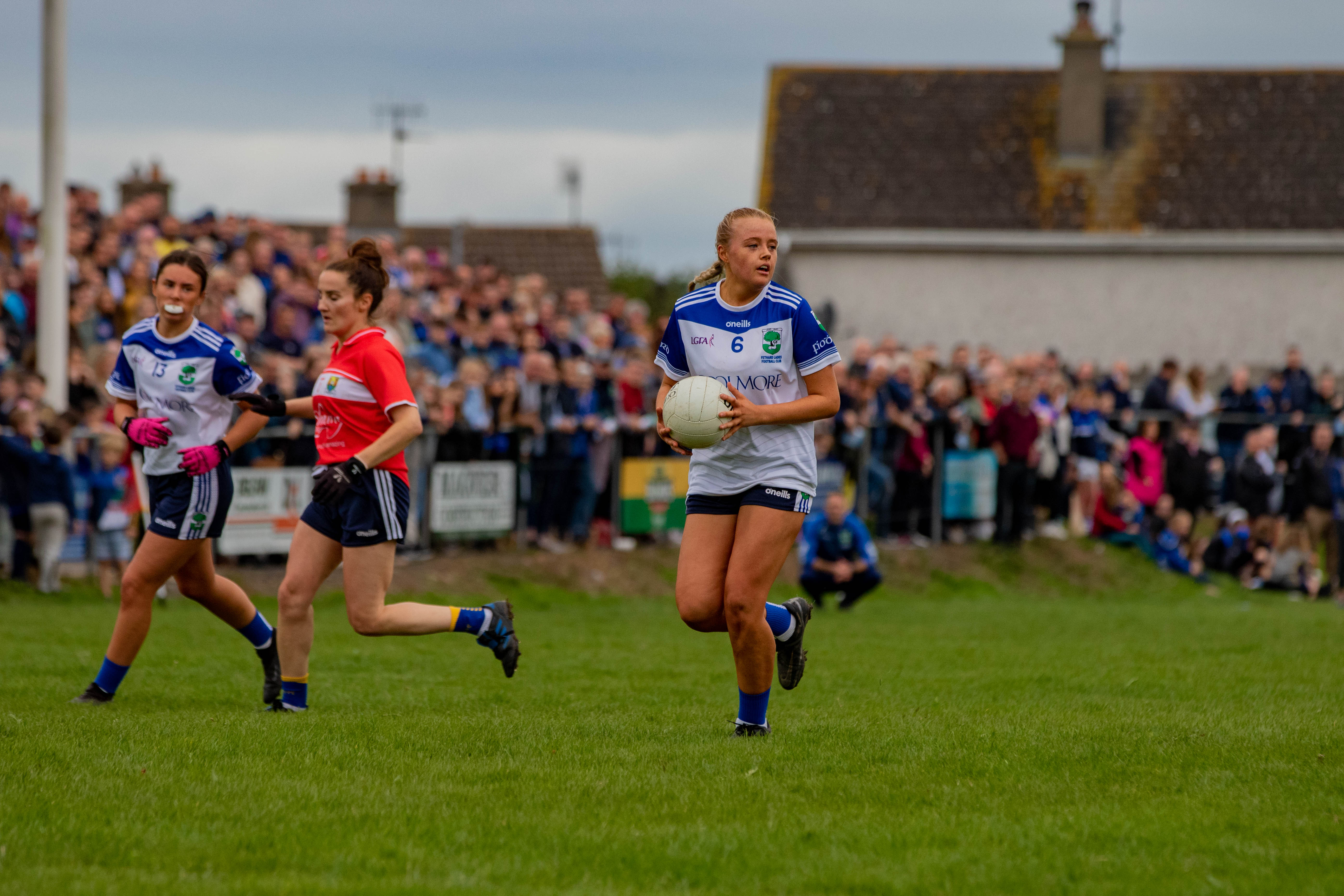