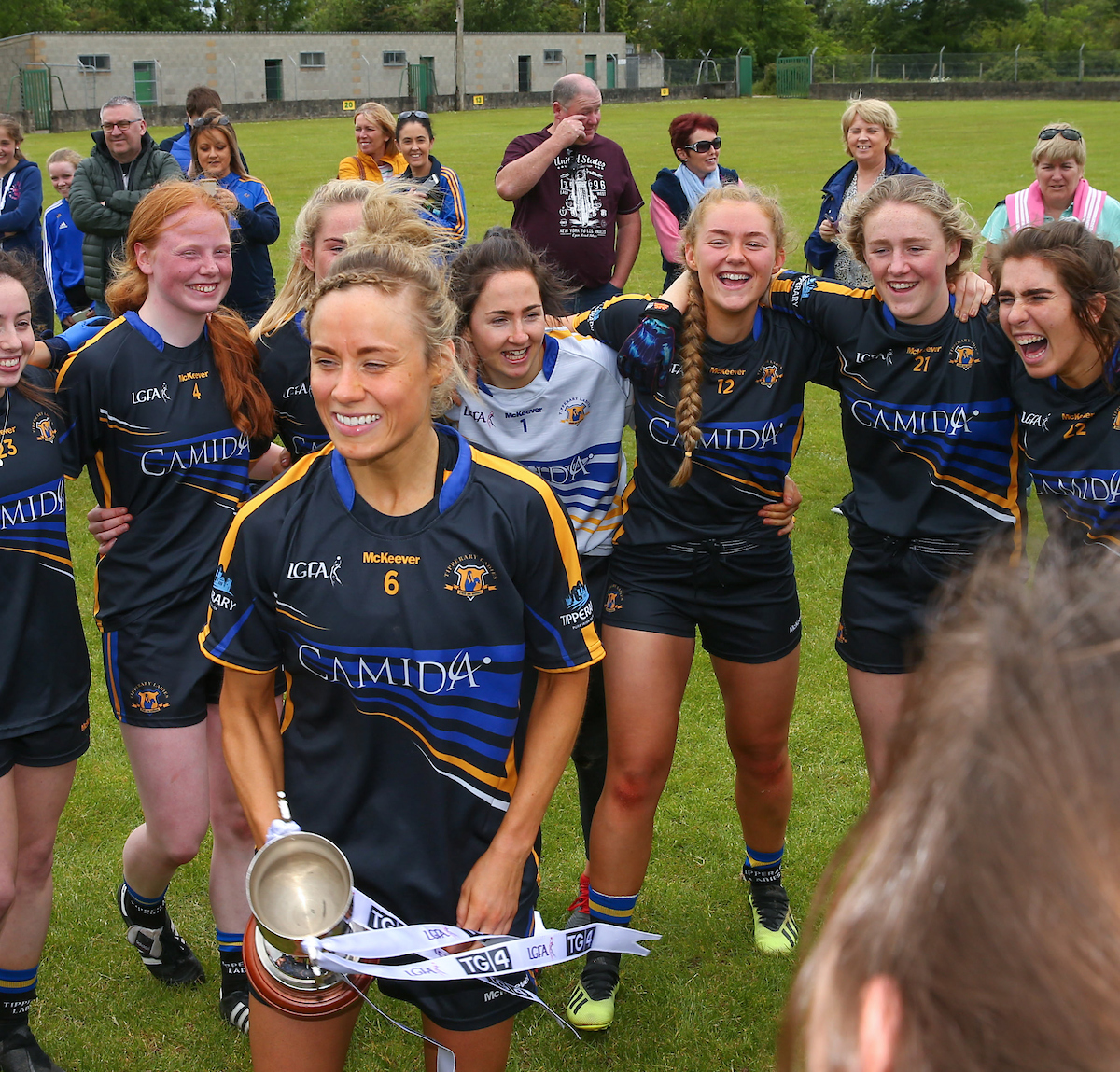 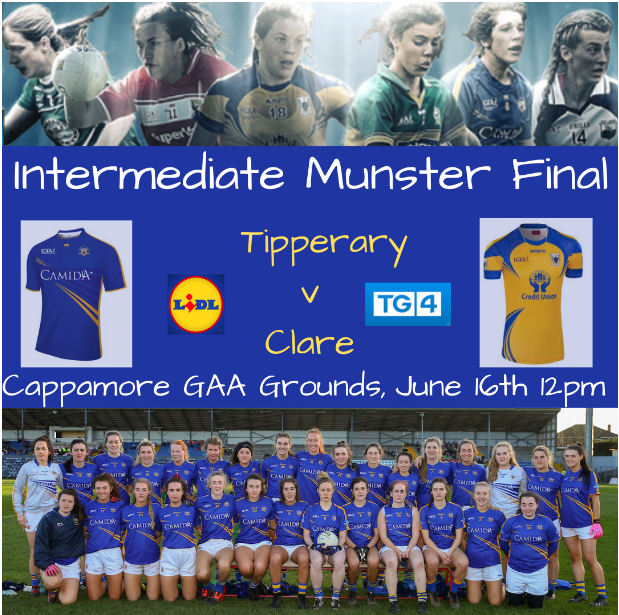 Tipperary are the LGFA Intermediate Munster Champions after their decisive defeat of Clare in the Munster Final decider played in Cappamore on Sunday last June 16th at 12 noon.

The sides are no strangers to each other having met in this provincial decider in 2016 and 2017 when Tipperary took the honours. However when the sides met in the opening round of this current championship Tipperary only defeated the reigning Munster Champions by four points.

The opening half was nip and tuck all the way and the sides were level mid-way through the half. 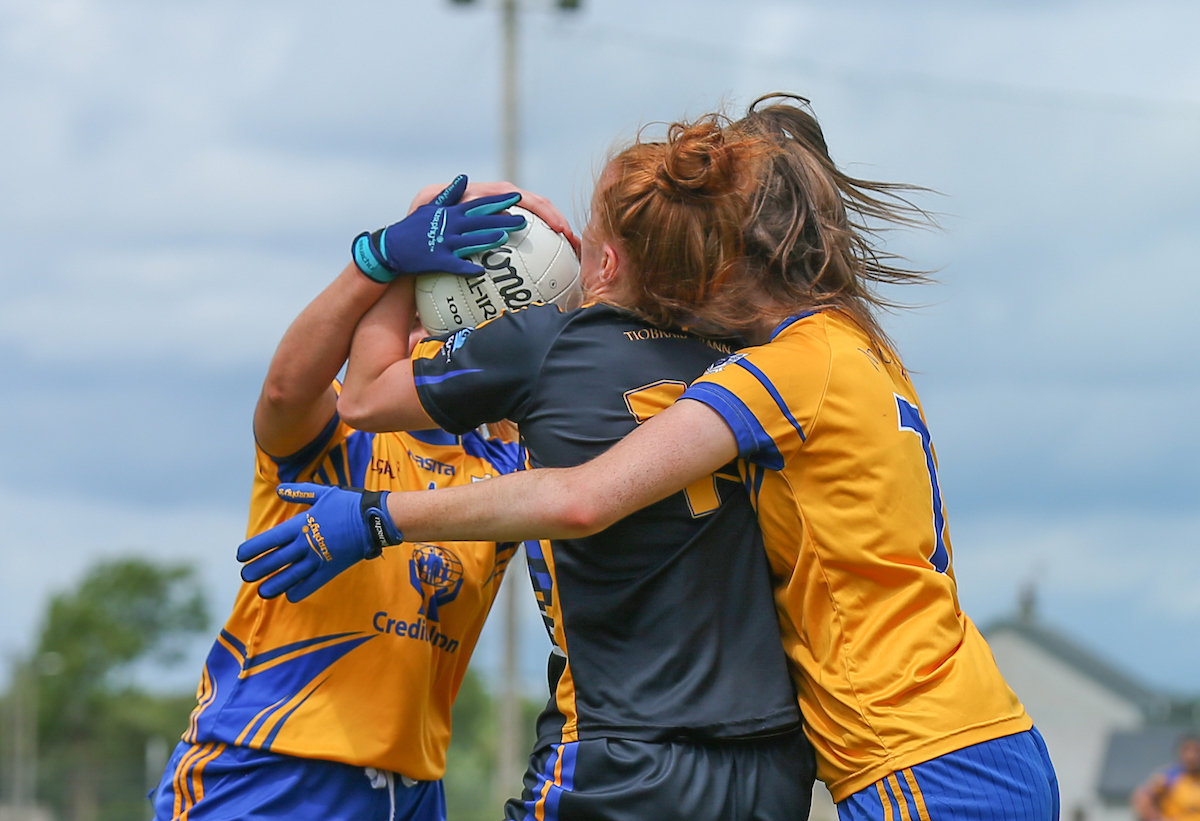 However, a point each from Caoimhe Condon, Aishling McCarthy and Niamh Lonergan gave Tipperary a three point lead at the break when the scoreline read Tipperary 0-7 Clare 0-4. 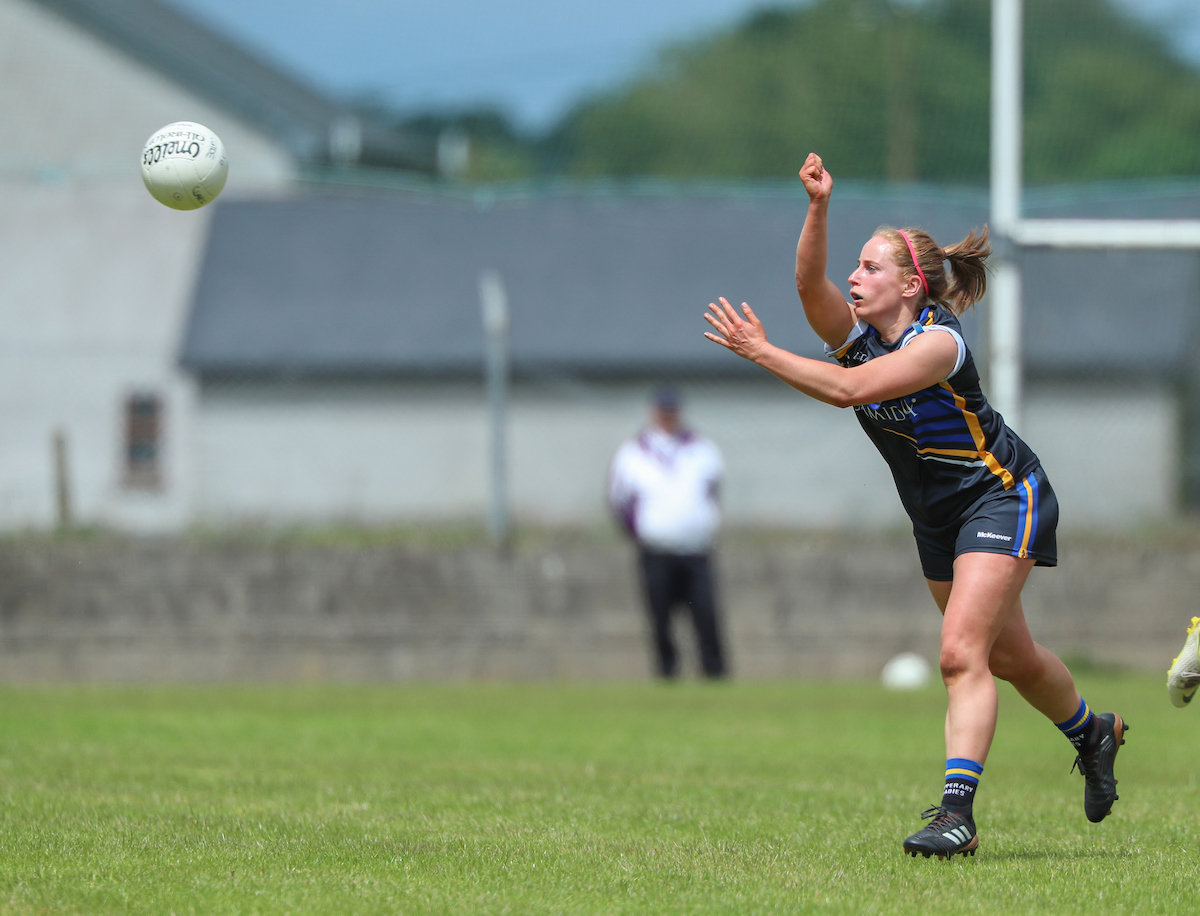 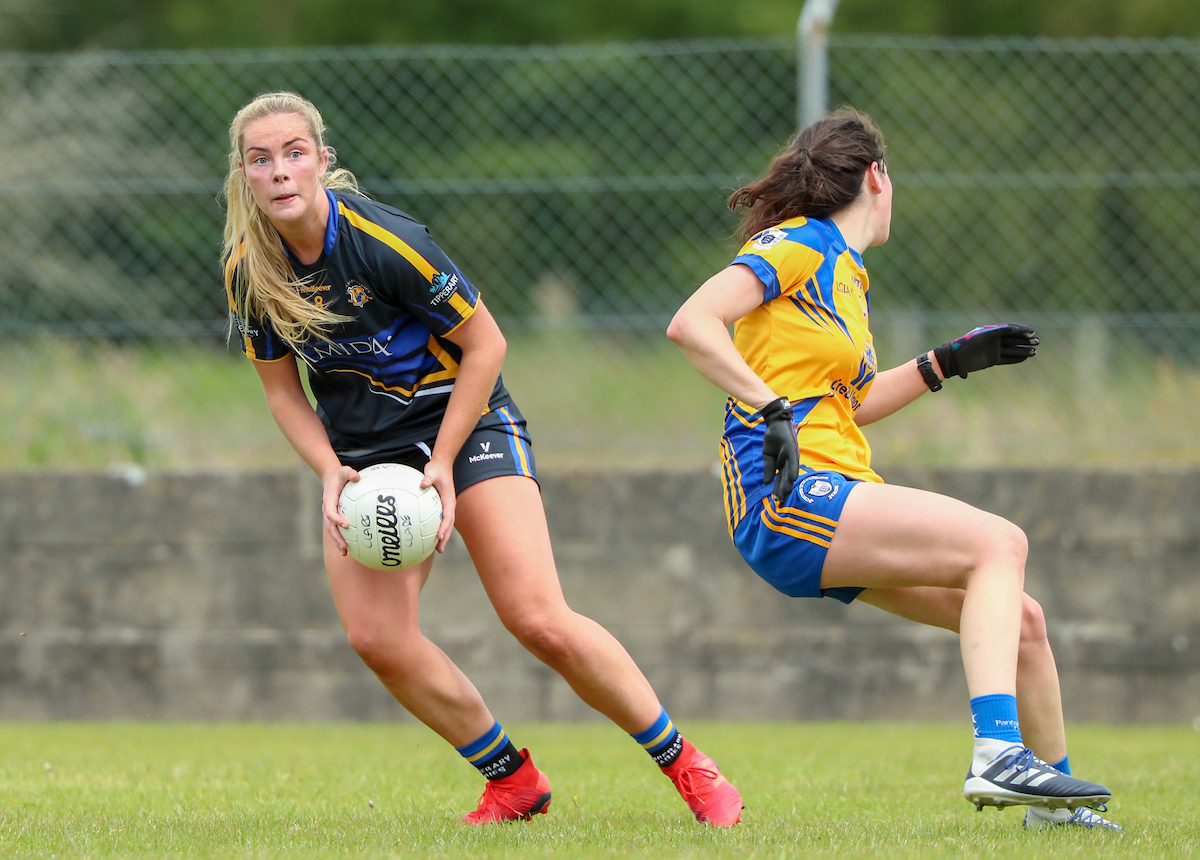 Niamh O’Dea got Clare’s first three scores before Roisin Considine added another. On the restart Tipperary were quick to stretch that lead with a point each from Aisling McCarthy and Aishling Moloney. However, Clare put themselves right back into this game when Niamh O’Dea was pulled down in the square as she advanced on goal. Clare’s Grainne Nolan converting the resulting penalty the scores now stood Tipperary 0-9 Clare 1-4. However, the penalty seemed to jolt Tipperary into life with a relentless wave of attacks on the Clare backs with Aishling Moloney leading the charge and stealing the show. The Cahir lady registering an individual tally of 0-10 from there until the end, putting Tipperary out of site. 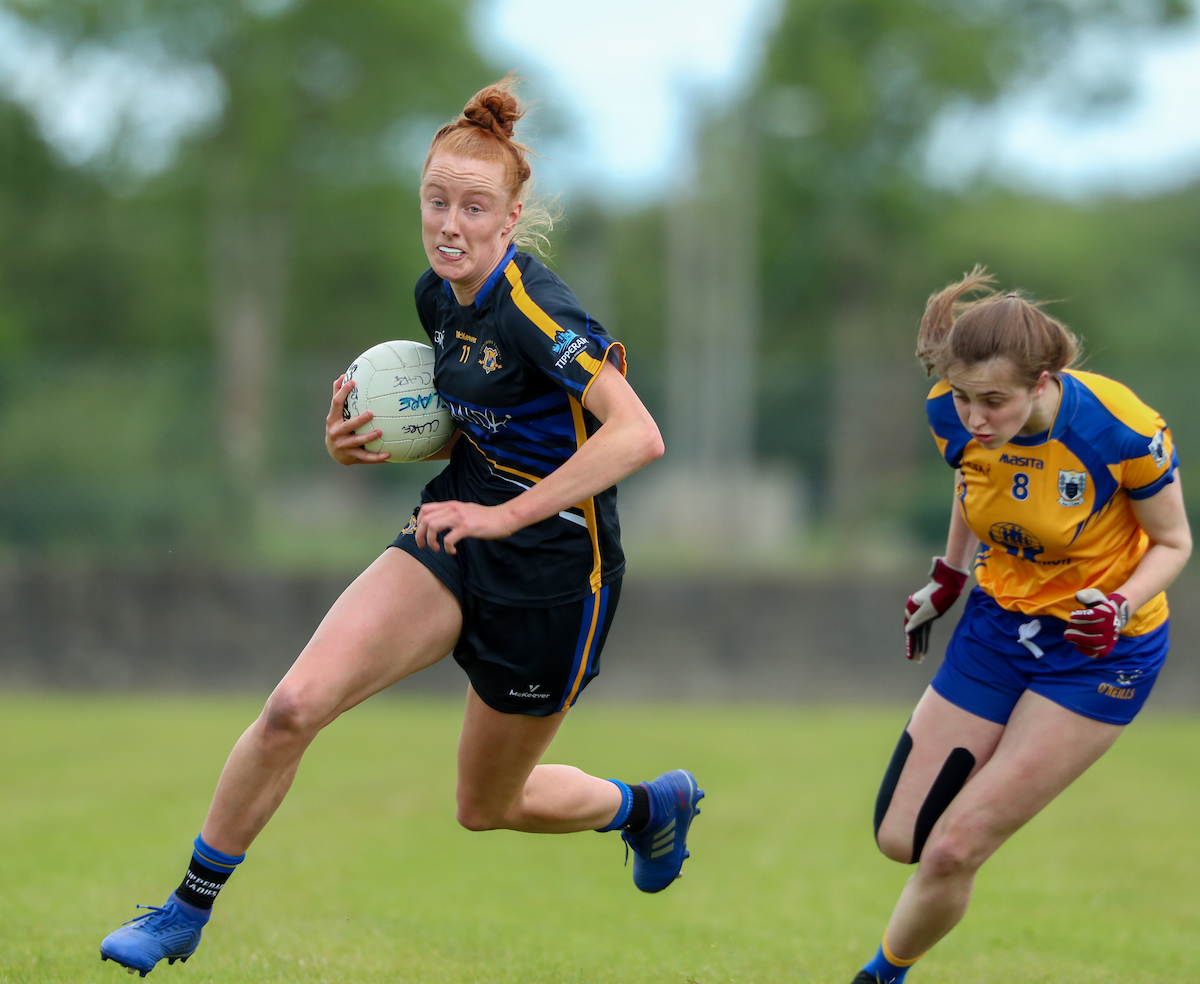 Caoimhe Condon chipping in with a 0-1 of her own also near the end. Clare failed to register a single score after that 35th minute penalty.  Tipperary were crowned Munster Champions and Captain Samantha Lambert was presented with the Enda McDonnell Memorial Cup by Fergal McDonnell.

It’s on now for Tipperary into the All Ireland Round Robin series where they will be seeded, but must wait until the conclusion of the all the other provincial finals to know who and when they will be playing. One thing is certain it is going to be a busy month of July for Tipperary Ladies Football. 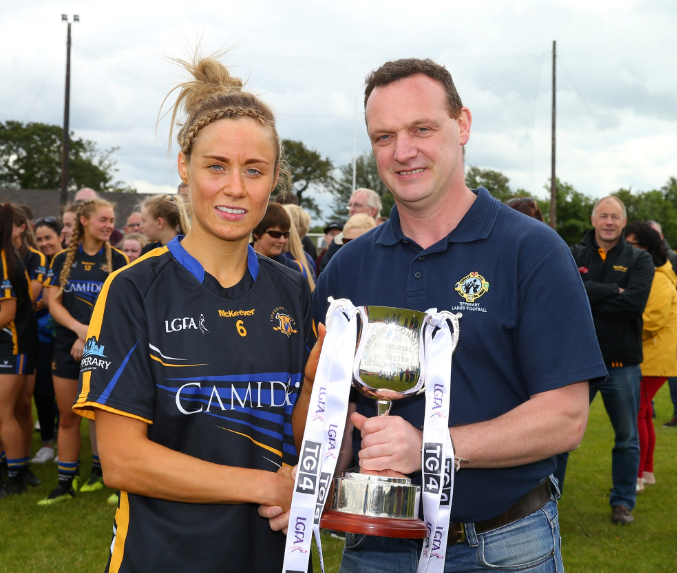